I’ve mentioned in few posts already this month that it’s hot. Here in Central Texas, we’re in a stretch of triple-digit temperatures that are breaking records every day.

That’s why our pantry is full of Cokes — that’s Texan for any kind of soft drink — and bottled water, since I like the carbonated kind. The refrigerator also is stocked with juices and, of course, beer. 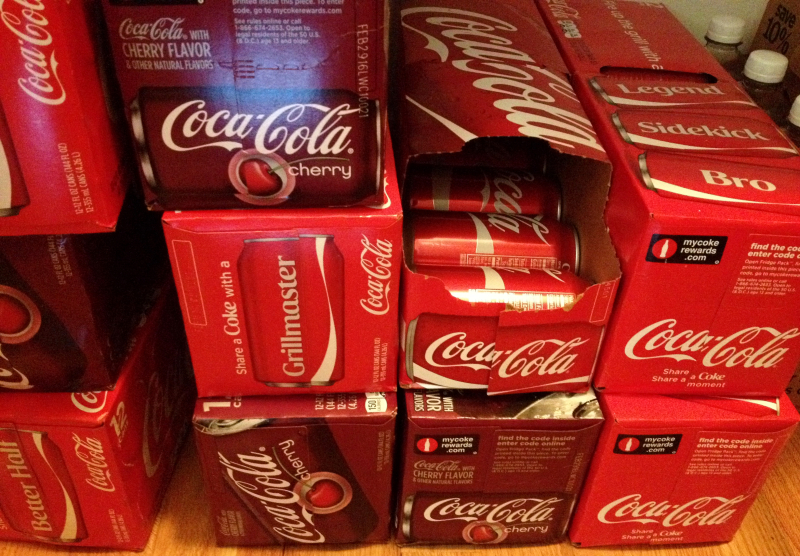 Our increased liquid diet every summer means that we pay added sales taxes based on what beverages are in our grocery cart.

Soft drinks are subject to Texas state and local sales taxes, but sparkling water, as long as it isn’t flavored, is tax-free. Juices are taxed based on the percentage of juice in each container. Beer, of course, is hit with the state's alcoholic beverage tax, as well as sales tax at the register.

So I understand the frustration that folks in Chicago and the rest of Cook County, Illinois, are facing now that they are paying a new tax on Cokes, I mean, sodas. (Or is it soda pop or just pop in that part of the Midwest?)

Delay confuses, angers beverage buyers: Customers expressed confusion and voiced their displeasure to cashiers on Aug. 2, the day that Cook County's penny-per-ounce sweetened beverage tax took effect, according to a report in The Chicago Tribune.

The tax on sugary drinks went into effect slightly more than a month after its original July 1 effective date. The delay was due to a lawsuit filed by the Illinois Retail Merchants Association, or IRMA. A Cook County Circuit Court judge upheld the tax July 28 and set the new August date for the collection of the tax.

The real reason for the tax, however, is financial. The beverage levy was projected to bring in around $67.5 million this year and more than $200 million for fiscal year 2018.

However, the postponement of the tax’s implementation cost the county “at least” $17 million, according to Toni Preckwinkle, president of the Cook County Commissioners Board. As the lawsuit dragged beyond the original July 1 tax date, the county issued layoff notices to hundreds of public employees.

Confusing tax and shopping guidelines: As here in the Lone Star State, Cook County’s so-called soda tax applies to much more than Cokes and the like. Any nonalcoholic beverage that's sweetened with sugar or artificial sweeteners is taxable.

And there are special considerations for juice, sparkling water, mixers and coffee drinks. The Chicago Tribune created a sweetened beverage tax guide for shoppers.

Welcome to my world, Chicago and surrounding suburban grocery shoppers.

Maybe it’s just because I’m used to sales tax on Cokes and other beverages, but my shopping for potables doesn’t change based on how much the state or city or county get on my liquid purchases. Rather, the hubby and I keep an eye out for sales and buy our beverages in bulk when our local stores offer good deals.

If the Cook County beverage tax holds — further legal action has been threatened — that’s probably the route that Illinois shoppers should take.

Change in consumer habits feared: Right now, however, some are threatening to shop outside the beverage tax jurisdiction to avoid the levy. I get it. But consider the time and gasoline involved in longer-distance shopping trips.

Such a change in shopping habits was one of the arguments made by opponents during debate of the Cook County soda tax. That concern was reiterated after the court ruling allowing the tax.

“Consumers should be concerned about how much higher their grocery bill is going to be,” said Tanya Triche Dawood, general counsel and vice president of IRMA, told The Chicago Sun-Times after the July 28 ruling. “This is an invitation for residents in this county to leave the county and shop elsewhere, which puts retailers at risk and, frankly, puts the county’s budget at risk.”

Is that just hyperbolic anti-tax talk? Maybe not.

Another major city that recently instituted a soda tax is finding that it isn’t working as hoped or planned.

Philadelphia’s 1.5 cents per ounce excise tax on nonalcoholic sugar-sweetened and diet beverages took effect Jan. 1. Seven months later, about all that the tax has done is make the sugar-sweetened beverages more expensive in some cases than beer. These are among my favorite brewskis here in Tejas. Unlike in Philly, a six pack of these beers is still more expensive than a 24-can carton of soft drinks.

Prior soda tax data, according to the Philadelphia study, suggests that high taxes on sugar-sweetened drinks are likely to drive consumers to consume more alcoholic beverages. That’s not necessarily the healthy benefits many are looking for such taxes to encourage.

Not a fiscal boon, either: The Tax Foundation also noted that Philly’s beverage tax collections, which were originally promoted as a way to raise money for prekindergarten education, are falling short of this fiscal goal.

In practice, Philadelphia awards just 49 percent of the soda tax revenues to local pre-K programs. This poor revenue performance threatens the sustainability of the programs it funds.

Compounding the problem, Philly’s soda tax revenues are likely below expectations due to consumer mobility.

And as threatened in the Chicago area, some City of Brotherly Love soda consumers may be heading to out-of-town stores to buy groceries, rather than pay the higher Philadelphia tax.

Or stopping off at the local package store to pick up a cheaper six pack of their favorite brews.

IF IT'S REALLY ABOUT KIDS HEALTH, WHY ISN'T THIS TAX PLACED ON CANDY, ICE, CREAM, PASTY ETC, OR IS THIS JUST THE START, ARE THEY NEXT?