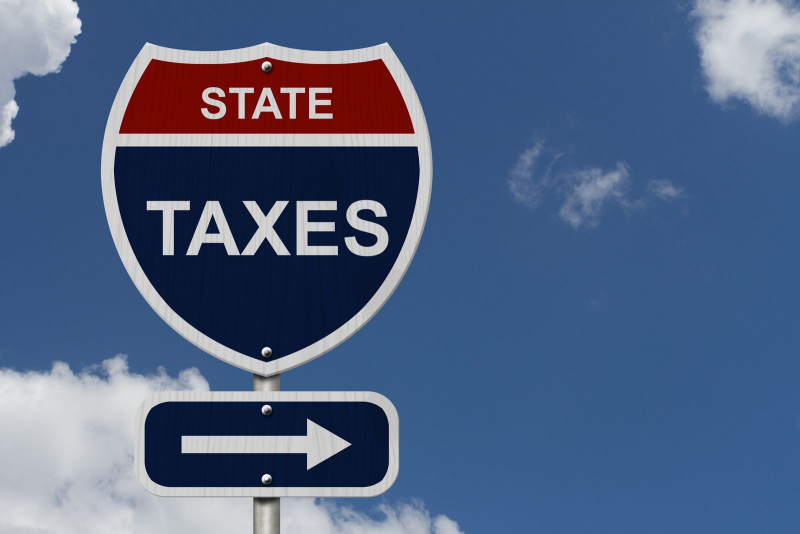 Every taxpayer is well aware of the length of the federal tax tentacles. What Congress does to the Internal Revenue Code affects state taxes, too.

And it’s not just the residents who live in the states who are affected. It’s the states themselves.

Even before any tax code changes have been made, many are already feeling the Trump Effect on their treasuries.

“April income tax returns brought bad news for state budgets,” according to the Rockefeller Institute of Government. “Payments with tax returns usually arrive in April and early May, and often they are surprising. By mid-to-late May, states know whether those payments were surprisingly good or surprisingly bad. The news often comes as states are finalizing the budget for the new fiscal year, complicating this already challenging task.”

This year, the news was not good.

Tax take lower in most states this year: The Rockefeller Institute collected data from 41 states with broad-based income taxes. This April, total state income tax revenue was down 4 percent compared to the previous year, driven by declines of 7.3 percent in final returns and 4.3 percent in estimated payments.

Overall, April income tax revenue fell in 24 of the 41 states for which the public policy think tank obtained data.

“Although many states had forecasted declines in April and May, they were worse than expected,” noted Donald J. Boyd and Lucy Dadayan, who examined the data for the research arm of the State University of New York (SUNY) and compiled the report, released July 17.

The tax receipt declines were largest in the New England and Mid-Atlantic states, followed by Southern states. The only good treasury news came from the Great Lakes and Rocky Mountain states, where April tax revenue was up from last year.

What does all this spring’s state tax collection have to do with Washington, D.C., and specifically the 45th president?

Although the date is data isn’t complete, Boyd and Dadayan say “strong indications point to a Trump Effect.” It looks like individuals shifted income out of 2016 in the hope of benefiting from promised cuts in federal tax rates that Donald J. Trump proposed during the campaign.

When Congress raised the top tax rate as part of the fiscal cliff negotiations in 2012, wealthy taxpayers moved some income into that year so that it would be taxed at the then-lower rates. That income shifting produced a windfall for states in April 2013 when taxes were filed on all that added money.

The following year, however, resulted in a revenue slump as taxpayers had less income subject to the higher federal rates. That carried over to state receipts, too.

Now, higher-income taxpayers must wait to see if Trump and the GOP can deliver on the lower promises made during last year’s campaign.

Tax wait could have more effects: How much lower is still up for debate. Candidate Trump promised to lower the top personal income tax rate from 39.6 percent to 35 percent. He also wants to lower the top tax rate for businesses to 15 percent, giving those corporations a reason to delay taking income.

Then there’s the matter of the 3.8 percent net investment income tax that helps pay for the still (for now) on the books Affordable Care Act. Will Congress make another attempt to repeal and replace Obamacare and its associated taxes? If so, will the Republicans succeed this time and will some ACA taxes remain anyway, as was the case in some GOP proposals?

Also still up in the air is exactly when any lower rates might take effect.

Past tax law changes have taken effect either on the date the bill was signed, a specific date cited in the legislation or made retroactive to a past date, generally the start of the tax year in which the measure became law.

And sorry state governments. That would likely produce the same type of revenue hits that you took this April.