Mayweather still owes the federal tax collector a reported $22.s million for his 2015 taxes. That year, Mayweather reportedly earned as much as $230 million for besting Manny Pacquiao in the heavily promoted Fight of the Century. 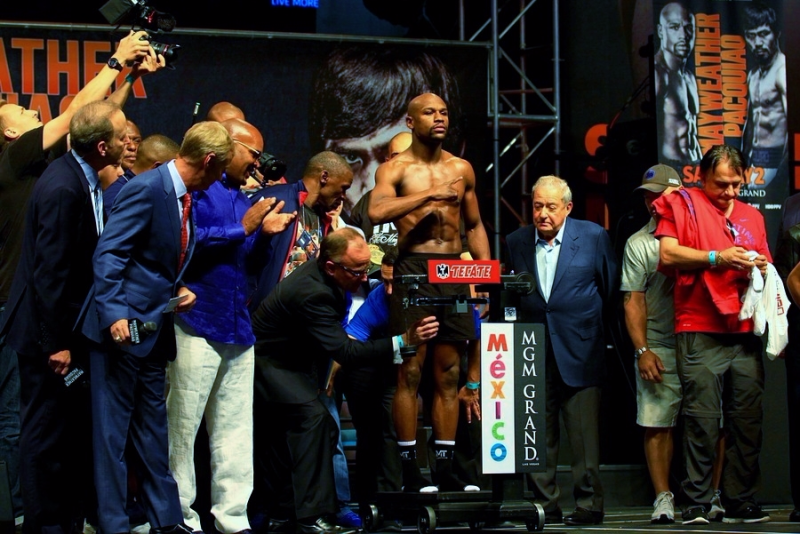 Floyd Mayweather's official weigh-in before his 2015 fight with Manny Pacquiao in Las Vegas. Money earned on that match is at the center of an unpaid tax bill battle Mayweather's waging with the IRS. (Photo courtesy Pixabay via Wikimedia Commons)

Rich, but tax cash poor: Mayweather is worth an estimated $340 million. However, he says he can't pay his old tax bill.

If Uncle Sam will just give him a bit more time — specifically until after his Aug. 26 match with mixed martial arts superstar Conor McGregor — Mayweather says he'll have enough cash on hand to pay his delinquent taxes. 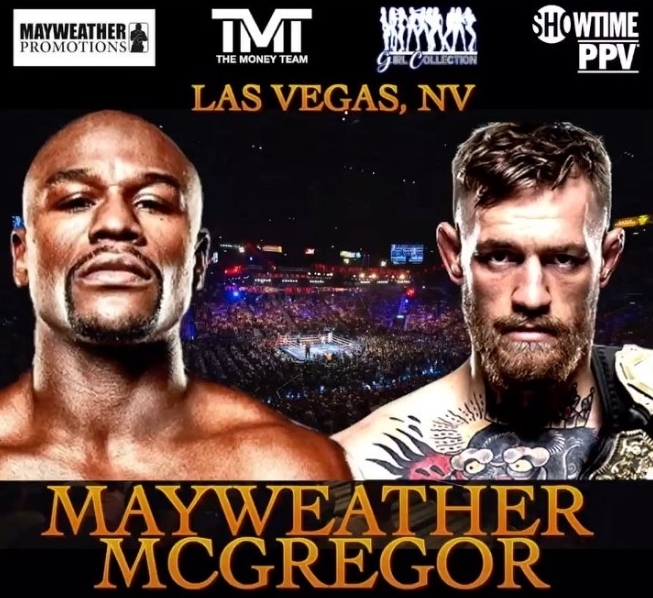 UPDATE, July 11: Mayweather's tax troubles are even playing a part in the pre-match trash talking. McGregor brought up Mayweather's IRS issues as the pair kicked off their four-city promotional tour with a press conference in Los Angeles.

Mayweather, however, can probably deal with the chatter. The boxer says the pay-per-view fight will garner him almost $300 million.

That's a nice chunk of taxable change, surpassing the record-breaking amount he pocketed for the Pacquiao fight. That's why it's this week's By the Numbers figure.

Seeking court OK to avoid tax KO: Even after he sets aside some money to cover his 2017 taxes, which I'm sure he will, Mayweather should then be able to pay the IRS his 2015 tax bill (plus interest and penalties) balance.

That's the argument the 40-year-old boxer's attorneys made in a filing with the U.S. Tax Court, first reported by Law360.

"Although the taxpayer has substantial assets, those assets are restricted and primarily illiquid," according to the petition. "The taxpayer has a significant liquidity event scheduled in about 60 days from which he intends to pay the balance of the 2015 tax liability due and outstanding."

Since so much of Mayweather's money cannot be easily converted into cash, his attorneys are seeking a short-term installment agreement with the IRS that will give him more time to get the cash.

The IRS, however, isn't buying it. It argues that Mayweather has the ability now to pay his taxes in full or part. Law360 reports that the tax agency says the boxer has "various options available … including by selling property, withdrawing cash from other accounts or taking out a loan." 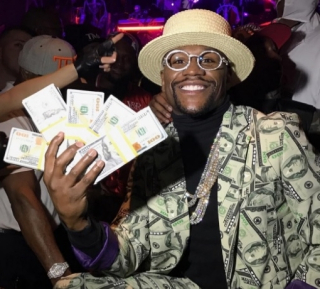 Other tax troubles for Money: This isn't the first fight that Mayweather, whose nickname is Money, has had with the IRS.

The boxer was hit with a $6.17 million federal tax lien in 2008 for allegedly unpaid 2007 taxes. Mayweather ended up settling that for around $5 million.

And last year, the U.S. Tax Court entered a decision on Mayweather's income taxes due from a decade earlier:

Will Mayweather be victorious against the IRS this time and get a few more weeks to come up with his overdue tax payment?

I know the boxer is 49-0 in the ring, but he's going against a real heavyweight when it comes to collecting taxes, especially from the rich and famous that the IRS loves to make tax compliance examples.

Installment plans for all: You don't have to be a rich and famous athlete or celebrity to get a tax payment plan. But it's generally a good idea to get one before your tax bill goes to full-fledged collection.

The IRS offers both short-term and longer-term installment payment plans.

Note that the IRS like any other creditor. It wants not just the principal you owe, but also charges interest. There also are fees, which went up this year, associated with payment plans. And you will owe a penalty if you set up a payment plan after your tax bill's original due date.

Still, interest rates are low right now and setting up a plan, even if it costs you a bit more, is better than going through the hassle of IRS collection efforts and liens. Just ask Floyd Mayweather.