UPDATE, Sept. 18: The House of Representatives continues to make progress in efforts to end civil asset forfeitures. On Sept. 12, the chamber passed via voice vote an amendment to an appropriations bill that would bar bonuses for a section of Department of Justice (DOJ) employees until they rule on 255 civil cases referred to them by the Internal Revenue Service.

This follows the Sept. 5 House passage, also by voice vote, of H.R. 1843, the Restraining Excessive Seizure of Property through the Exploitation of Civil Asset Forfeiture Tools, or RESPECT, Act. The legislation, discussed below, would impose new restrictions on the IRS' ability to seize taxpayer property for structuring transactions.

There are lots of reasons to dislike the Internal Revenue Service, but the House Ways and Means Committee took a step this week to eliminate one of them.

The tax-writing panel on July 13 unanimously passed a bill that officially makes it harder for the IRS to seize assets under civil asset forfeiture policies. 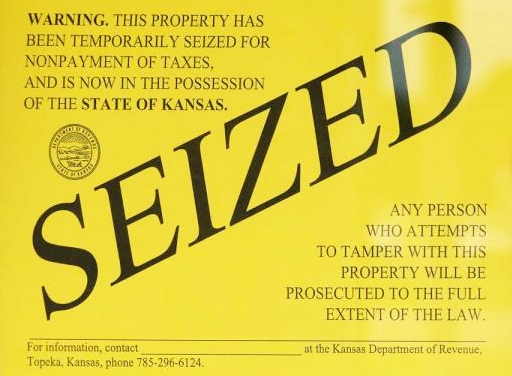 States are bit more obvious in their seizure of property, but the IRS takes assets, too. A bill to give property owners more rights in the federal seizure process has cleared the House Ways and Means Committee.

The tax agency had made changes in 2014 regarding the taking of property after getting adverse media and Congressional attention on the matter. This bill would make those guidelines law, as well as add some new taxpayer protections.

The pair dubbed the measure the Clyde-Hirsch-Sowers-RESPECT Act, incorporating the names of small business owners who had their property seized by the IRS. The acronym comes from the bill's official title of Restraining Excessive Seizure of Property through the Exploitation of Civil Asset Forfeiture Tools Act.

The RESPECT Act revises the authority and procedures that the IRS can use to seize property that has been structured to avoid Bank Secrecy Act (BSA) reporting requirements.

The 2017 measure is the latest version of efforts by Roskam and Crowley to refine asset structuring seizures by the IRS under the BSA. A similar bill cleared the House in 2016, but no action was taken in the Senate.

During this session of Congress, a companion asset seizure protection bill has been introduced by Republican Sens. Tim Scott of South Carolina and Johnny Isakson of Georgia and Democratic Sens. Sherrod Brown of Ohio and Mark Warner of Virginia. That bill, S. 824, is pending in the Senate Finance Committee

Breaking down structured cash moves: Structuring, as the procedure is known, is conducting financial transactions in a way that avoids triggering the filing of reports by financial institutions under the BSA.

The definition of structuring states that "a person structures a transaction if that person, acting alone, or in conjunction with, or on behalf of, other persons, conducts or attempts to conduct one or more transactions in currency in any amount, at one or more financial institutions, on one or more days, in any manner, for the purpose of evading the currency transaction reporting (CTR) filing requirements."

One of the key triggers is cash transactions of $10,000. But the moving of a series of smaller than 10 grand amounts generally falls into that "in any manner" category of the BSA.

When someone moves money in increments just less than 10K, that raises investigative eyebrows. Law enforcement tends to view these slightly smaller cash moves as potential evidence of money laundering, fraud and other financial crimes.

But lots of law-abiding people, including many small businesses, conduct their legitimate enterprises in cash. Sometimes in large amounts of cash

It's a system, notes CPA and Forbes blogger Peter J. Reilly, under which structuring could be a crime that could be committed accidentally.

That's what happened to the namesakes of the Roskam-Crowley bill. Andrew Clyde, Jeffrey Hirsch, Richard Hirsch, Mitch Hirsch and Randy Sowers were all small business owners victimized by the IRS, according to the RESPECT Act sponsors.

When the IRS seizure troubles of these families were widely publicized, Congressional hearings followed, specifically at a Ways and Means subcommittee hearing in May 2016 at which Sowers, a Maryland dairy farmer, testified. Sowers got his money back from the IRS that following July.

RESPECT-ful changes: Under the RESPECT Act, the IRS would be required to make a good-faith effort within 30 days of seizing property to find and inform owners of their hearing rights. If the owners request a court hearing, the property must be returned unless the court finds probable cause that the property was involved in criminal activity.

The bill also would exclude from gross income any interest received from the federal government in connection with a property recovery action. A Joint Committee on Taxation analysis of the bill found that it would reduce the amount of revenue Uncle Sam would get from 2018 to 2027 by an estimated $1 million.

The House bill's original sponsors praised the united effort by their Ways and Means colleagues to, as Roskam put it, "end abusive civil asset forfeiture practices."

"It's clear to everyone involved that the IRS and DoJ [Department of Justice] abused their authority and took money from people who did nothing wrong. This bill will end that practice once and for all," Roskam said in a statement following the vote.

"Although civil asset forfeiture may have begun as a tool to combat criminal activity, it has morphed into a complex process that unfairly entangles innocent individuals," said Crowley. "There is no question that these laws are deeply flawed and the process is riddled with abuse."