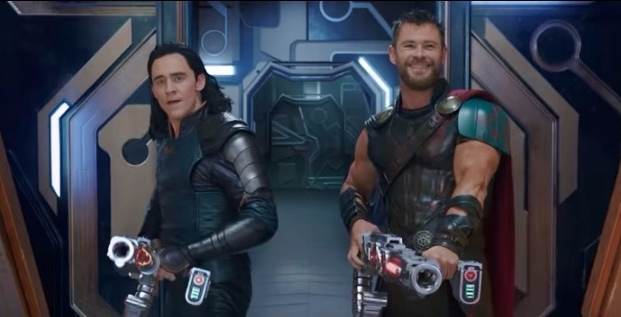 Tom Hiddleston as Loki, left, and Chris Hemsworth as Thor prepare to take down some bad guys in "Thor: Ragnarok." That movie, coming to a theater near you in November, was one of the many Marvel Studios productions that got the lion's share of attention at Comic-Con 2017. (Click image for full Marvel Studios trailer at YouTube)

Comic-Con, the geek event of the year, just wrapped up in San Diego. Not surprisingly, Marvel Studios and its stars were the big draws at the 2017 event.

I'm not a big fan of comic books and their spin-off products, but I did cross paths with some Comic-Con folks a few years ago on a tax-related trip to San Diego. And I admit this past weekend I clicked on a few stories and video clips, albeit to check out Thor, aka Chris Hemsworth. (Go ahead, judge me.)

But the growth of the super hero and fantasy world as a lucrative business venture means there's more of a tax reason to pay attention to Marvel and its brethren. Specifically, many such movies, including hoped-for blockbusters, are getting tax help.

California hands out movie tax breaks: "Captain Marvel," in which Academy Award winner Brie Larson will portray Carol Danvers and her titular superhero alter ego, is one of three big-budget films that have qualified for tax credits from California for filming in the state. 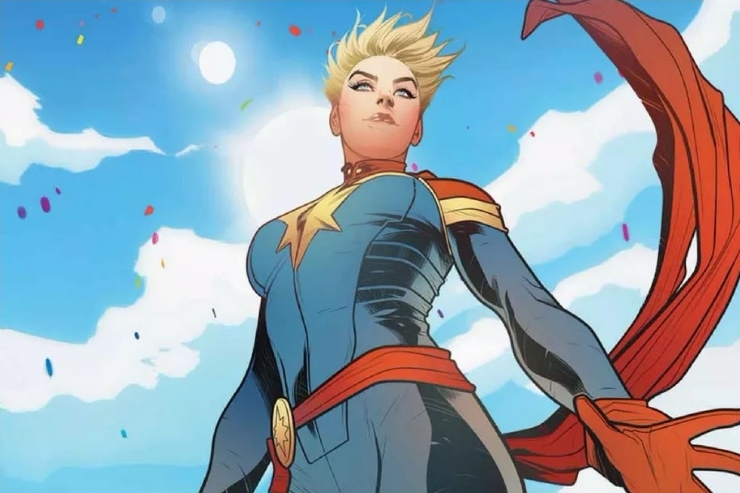 "Captain Marvel" won't hit theaters until 2019, but Comic-Con 2017 fans got a sneak peek at the distaff superhero flick. One revelation was that the movie will be set in the 1990s.

Ninety-two productions applied for the Golden State's tax credit in this third fiscal year that the state has operated under the tax breaks expanded version. Eight movies were approved for tax subsidies totaling almost $68 million.

California's new film credit rules allow productions with budgets of $75 million-plus to be part of the program. Major movies can receive up to a 20 percent tax credit for a production's first $100 million in qualified expenditures.

Most Marvel films have been shot mainly in Great Britain and Georgia, which is the home state — and tax-credit supplier — for "The Walking Dead" on AMC.

The World War II action movie "Midway," underwritten by The Mark Gordon Company, was given $13.9 million.

And this cycle's largest tax break of $21.5 million went to Paramount's "Island Plaza." I need some help from film aficionados here. I can find nothing online about this project.

In addition to "Captain Marvel," "Island Plaza" and "Midway," the other five recipients of Golden State tax breaks this year are:

Big movies, big state rewards…maybe: The three major studio movies awarded tax breaks this year bring to six the number of big-budget films that have been lured to California thanks to the revised tax credit, according to California Film Commission Executive Director Amy Lemisch.

"Such films are a primary target for the tax credit program because they can bring significant jobs and spending to regions across the state," Lemisch told Variety.

Opponents of the movie (and television and video game) tax credits disagree with Lemisch's assessment of the value of movie and TV productions. They contend that the short-term economic effects don't make up for the expenditure of public tax money on private projects.

That's why every year some states reconsider their movie-related tax breaks, often deciding to end them.

But California officials obviously think otherwise. Given Hollywood's history in growing the domestic film industry, I understand why the state has decided to expand its tax breaks.

We'll see if that continues when the state's economy, which is doing pretty well right now, stumbles.

"... the short-term economic effects don't make up for the expenditure of public tax money on private projects."

Basically, this!
It's all PR BS to make the state/local governments look good.
Problem is, those states may be having financial difficulties and need the money so why 'waste' it as the studios never know if the movie will be a blockbuster hit or a bust!

Any wonder why CA has so much financial issues on the state and local levels yet it has one of the nation's, if not the world's, biggest economies? That's another issue!