Colorado has collected more than half a billion in pot taxes 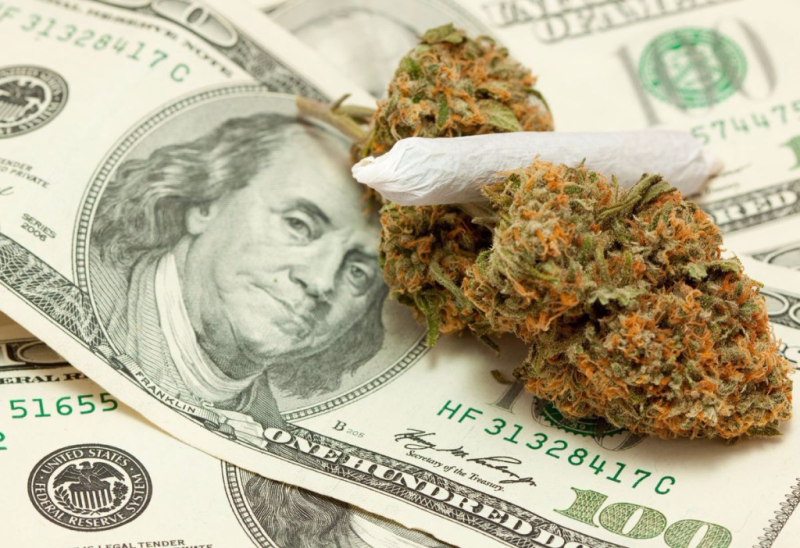 Some type of marijuana use is legal in more than half of the United States. State and local coffers get associated pot taxes, but that could stop if the feds start cracking down on what is still an illegal drug in Uncle Sam's eyes. (Photo courtesy GreenerCulture.com)

U.S. Attorney General (for now) Jeff Sessions apparently really wants federal law enforcement to once again target marijuana. But a return to a tougher prosecution by Uncle Sam could produce some serious push-back from states where pot is legal if they show tax revenue results like Colorado.

Since Colorado became the first the state three years ago to allow adults to buy marijuana for recreational use, cannabis has added more than half a billion dollars in tax revenue to both state and local treasuries.

Tallying the toking taxes: That pot tax milestone was announced in a report released this week by VS Strategies.

Using data from the Colorado Department of Revenue, the Denver-based marijuana consulting firm tabulated cannabis-related taxes from 2014 through mid-2017. The total came to more than half a billion dollars, specifically $506,143,635.

VS Strategies figures include taxes on purchases of marijuana for recreational or medical use, as well as fees paid by cannabis businesses.

Where the pot money comes from: The $506+ million is substantially more than the $5-to-$22 million that some experts predicted in 2012 when Colorado voters approved legalized recreational marijuana. The actual legal retail sales and taxing of cannabis products began in January 2014.

The Centennial State's weed-related money has come from a 15 percent excise tax on wholesale transfers of cannabis for adult use; a 10 percent special sales tax on retail sales of cannabis for adult use; applying the standard 2.9 percent state sales tax to adult-use and medical cannabis; and the application and licensing fees paid by adult-use and medical cannabis businesses.

This year, there have been some changes to the tax regimen applied to Colorado pot sales. Since July 1, retail sales of cannabis for adult use are no longer subject to the 2.9 percent state sales tax. The special sales tax, however, increased this month to 15 percent.

Where the pot money goes: The company also detailed where the money is being spent. 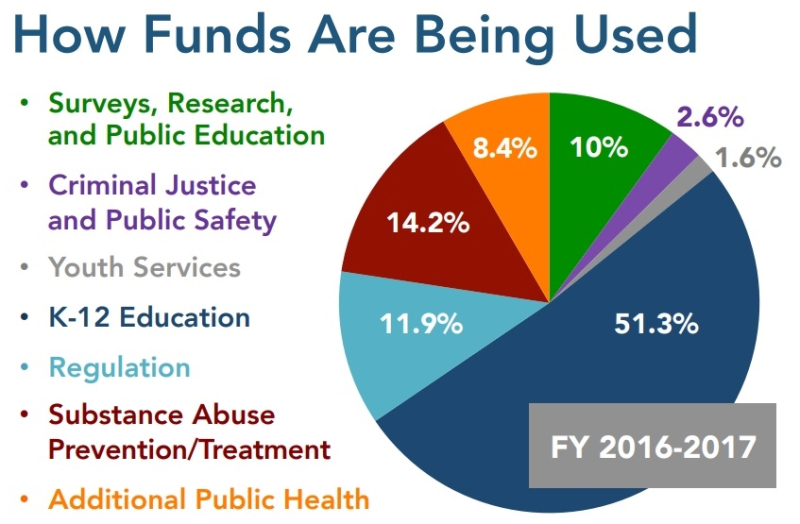 Local governments also collect separate marijuana taxes. They have used their pot dollars, for example, to fund a college scholarship for local students in Pueblo County and upgrade outdated infrastructure in the Denver suburb of Edgewater.

States fear losing revenue source: In case the Department of Justice does go back to a full Reefer Madness prosecutorial plan, Colorado is getting ready.

A bill pending in the Colorado legislature would let pot growers and retailers reclassify their recreational pot as medical marijuana if there's a change in federal law or enforcement activity.

The change wouldn't revoke legal recreational marijuana in the state, but it would help growers protect their inventory in case federal authorities start seizing recreational pot.

The eight other U.S. jurisdictions where recreational use of cannabis is legal are watching Sessions and Colorado.

California, Maine, Massachusetts and Washington, D.C., also have legalized recreational marijuana, but retail sales have not started in those locations.

Medical marijuana also is legal in at least 29 states. Tax note here. Even when it's prescribed by your doctor in these states, you can't claim pot as a deductible medical expense.

So far, the tax take on pot sales in the four states with recreational sales, notably Washington and Oregon that have been at it longer than Nevada and Alaska, has been a welcome addition to state coffers.

VS Strategies reports that the Evergreen State's pot tax take last year was $256 million. The Beaver State collected just $60 million in weed taxes in 2016. But neither Washington nor Oregon is nearly as lucrative as Colorado's total legal pot tax take over the last few years of half a billion.

Still, those are not small amounts for states that are scrapping for every dollar.

Now post information if ANY of the pot sellers are ACTUALLY REPORTING 100% of its revenue for tax purposes since CO will be matching the excise/sales tax revenue to the income tax amount.

Are any of the sellers even reporting 100% of the revenue in their excise/sales tax calculation? Many of those businesses are in the CASH business.

If any of those businesses say they are NOT actually making money, who's to say that they are Not lying?

My bad, Nels, with "been at it longer" mention. It should have been (and now is corrected to read) "been at it longer than Nevada and Alaska. Neither Washington nor Oregon is near Colorado's total legal pot tax take of half a billion." Thanks for being my editor! Kay

At the end you say: "So far, the tax take on pot sales in the four states with recreational sales, notably Washington and Oregon that have been at it longer, are not as lucrative as in Colorado. VS Strategies reports that the Evergreen State's pot tax take last year was $256 million."

But in the chart at the top, it shows that Colorado made $198M in 2016... Doesn't that mean that Washington actually made more than CO last year? Or am I just misreading something?