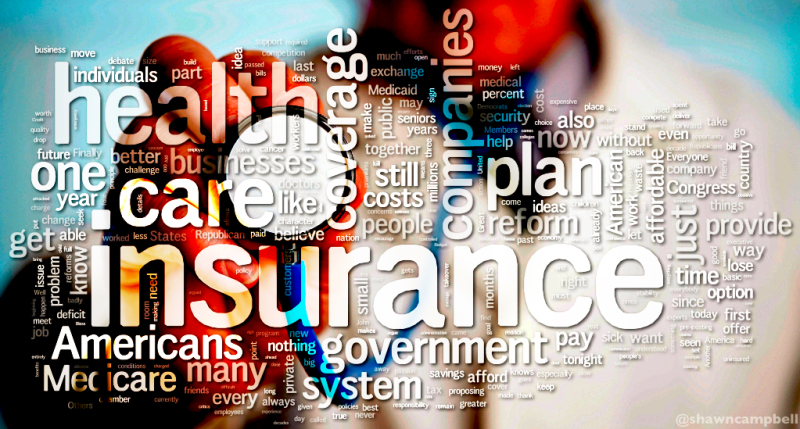 As the health care battle on Capitol Hill continues, there's one thing upon which both side can agree. The Affordable Care Act is not perfect.

No piece of legislation is. Just ask Republicans trying to craft a replacement for Obamacare, as the seven-year-old health care law is known.

Premium tax credit help: The Walkers, a married California couple, got health care coverage in 2014 though one of the Golden State's insurance marketplaces. They met the ACA's coverage requirement by having the policy for the full year.

But to do so, they also got tax subsidy help to pay the monthly premium of almost $1,400. They opted, as many folks do, for the monthly advance premium tax credit (APTC) to go to the insurer. That covered almost 80 percent of the policy's premium.

That, according to Obamacare supporters, is how the system is supposed to work.

But it works only if you qualify for the law's premium financial assistance.

The Walkers unfortunately did not.

ACA credit confusion: They discovered the ACA subsidy problem when they filed their 2014 tax return and had to reconcile the APTC payments, which totaled $12,924.

For folks who don't have to deal with this, the process entails the data found/entered on Form 1095-A, Health Insurance Marketplace Statement, and a Form 8962, Premium Tax Credit (PTC).

Basically, a taxpayer generally qualifies for the PTC if [s]he has household income that is equal to an amount that is at least 100 percent, but not greater than 400 percent, of the federal poverty line amount for the taxpayer's family size for the taxable year.

When a taxpayer gets the subsidy as an advance payment directly to the insurer, the taxpayer must reconcile any APTC payments made during the year with the amount of premium credit for which [s]he is actually eligible. If the total APTC payments are more than the eligible PTC amount, then the taxpayer owes the excess as part of his/her annual tax liability.

That's what happened to the Walkers.

When the couple filed their tax return, their modified adjustable gross income (MAGI) exceeded the tax year's federal poverty limits. That meant the Walkers' APTC payments should not have been allowed and the IRS demanded that they pay them back.

Part of the Walkers' argument in contesting the IRS repayment demand, which also included an accuracy-related penalty of $2,584 in addition to the $12,924 in erroneous ACA subsidies, was that they got bad advice regarding the APTC.

They said in their U.S. Tax Court filing that they had been told by Covered California marketplace representatives that they qualified for subsidy assisted insurance coverage.

If they had known that was not the case, the Walkers said they would not have purchased insurance they did.

The Tax Court took that into account, noting in the decision:

"We note that it appears that Covered California may have incorrectly informed petitioners that they were eligible for the APTC for 2014. We are not unsympathetic to petitioners' plight; however, we are bound by the statute as written and the accompanying regulations when consistent therewith. … The simple facts are that petitioners' MAGI exceeded eligible levels and that they must repay the APTC payments made on their behalf."

And based on the law, advice notwithstanding, the U.S. Tax Court Chief Special Trial Judge Peter J. Panuthosup upheld the IRS' determination of the APTC tax owed by the Walkers.

ACA tax credit changes, maybe: CPA Joe Kristan, whose Tweet was the first mention I saw of this case, notes that this is the first such ACA APTC case he's seen. But, he notes, "it won't be the last."

The Republican-controlled Congress could have a say in that prediction.

The Senate today (July 13, 2017) released its revised-yet-again proposal to repeal and replace the Affordable Care Act.

The latest version of the Better Care Reconciliation Act (BCRA), as the Senate bill is named, still contains cuts to Medicaid. It also retains its original provision that would allow states to opt out of key parts of Obamacare.

And, as far as individuals are concerned, BCRA also would repeal the requirement that individuals have approved health care coverage.

The elimination of that mandate also is part of the House-passed American Health Care Act (AHCA).

For folks who want to buy health insurance without being required to do so, they'd get less government help under the AHCA and BCRA.

The House plan would eliminate Obamacare's refundable premium tax credits, which are based on a person's income and cost of coverage in their area. Instead, the AHCA would provide refundable tax credits to help people buy health care coverage based mainly on the purchaser's age.

Whether these proposed replacement tax credits would make taxpayer compliance easier remains to be seen. I'm sure the Walkers and others in similar situations hope so.

I have the same Experience. as the Walkers, when I took medical insurance from HealthCare.Gov for 2017 Year.

Health care offered me insurance and I was told that I am Eligible for a tax credit ($563.00) every month on my insurance, and I took the insurance without knowing the outcome and at the end of the year. After filing the taxes for 2017 , IRS asked me for 1095a. When I looked at the 1095a on Healthcare.gov, I came to know that I owe $5,139 to IRS. This is a shock to me, I am hardly in a situation to pay that much money, as I had 2 Eye surgeries this year. I know this is not right, HealthCare.gov should not mess with our taxes when they are offering insurances.

Please let us know any one, if there is a way to Waive off the Penalty that I am facing.
my email:muralidhar.moka@gmail.com

In 2014 I applied for disability after having lost my job due to several injuries. We were living on my wife's income as well as our savings and early retirement. We qualified for subsidies with Obamacare but not Medicaid. We barely could afford the premiums along with the huge deductible but felt we had to because of multiple medical issues. I finally was approved for disability in November 2017. Two weeks later I got retroactive Medicare and disability payments that were owed me since 2016. We used that money to pay back out of pocket medical expenses and debts incurred over that time period. 2018 we learned that we owe the IRS over $9000 of subsity for the ENTIRE year because of getting disability back pay the last month of 2017! We couldn't plan ahead and according to the ACA we were supposed to keep getting the subsities because "it could take months or years for a disability determination"... Obama and the democrats paved the way for us to become forever in financial hardship. What an incredible scam!!

We are required to repay $1,1,000.00 of the Obama care tax subsidies we received in 2017 because of having to pull money out of our retirement account to cover MEDICAL expenses that the only health care plan available to us did not cover and no doctor in our area would take the plan. My husband is disabled but was in the two year waiting period before he qualified for Medicare, therefore we had to have some way to pay all of the $27,000.00 out of pocket medical expenses ourselves. How else to do that other than take it from our meager retirement income? This is what put us over the allowed maximum income level for the year, hence the requirement to repay all of the money. Something is very wrong with this system. Do they want to make sure all of us seniors are broke and destitute and unable to live and afford anything in retirement? I had to leave my job early due to medical issues and cannot work to contribute at this point. But I receive no income whatsoever. And I don't qualify for government assistance with my healthcare because my 'household' income from my husband that was pulled from his retirement account disqualifies me. We have no medicaid for people like me in the state of Texas. So I am stuck. This year I will likely go the remainder of the year with no health insurance whatsoever.

Another victim here. Unknown to me at the time my final paycheck of 2017 included a generous bonus for a year of extremely hard work on my part. This show of appreciation on the part of my employer has turned into a nightmare for me and my family. Why? Because that bonus put me over the tax credit threshold. I have absolutely no idea this was the case or I would have kindly declined that bonus, ( imagine that declining a well earn bonus because of this stupidity). But as I said I had no idea since the people who conjured up this garbage went to great pains to keep this part of the"plan" as quiet as possible. Well I just found out that that bonus will now cost me 20,000 dollars. Yes that's right, 20 grand!!! So because of that last paycheck I have to pay back every penny of the subsidy for the entire year. I am beyond livid. I am fit to be tied. I an 62 and working toward retirement. So much for that. Thanks to the greatest government on the planet

Same thing happened to us. I spoke with the Covered CA agent, after asking me some questions, he decided that I have to pay a lower premium which I thought it was good without understanding how the APTC works. I have not much understanding about Obamacare. All I know that we are going to be penalized if we don't have a health care insurance. Now, we owed $1,300 to the IRS. We even never went to the doctor. We are paying for nothing. What a waste!

Let's start by saying someone should do something about this. The low and middle income class families that had to get insurance and they miscalculated their annual income they are now having to pay the Internal Revenue Service back. And you know that those families were looking forward to that money. That's what happened to us. We miscalculated the annual income when resigning up for healthcare and now that tax time is here our tax preparer told us that because we supposedly got to much in subsidies we now habe to pay 1500 back the Internal Revenue Service . Who is looking out for the little people. A healthcare system that was suppose to help low and middle class families is actually hurting them in the long run. Can someone help please.