Airbnb collecting occupancy taxes for more of its clients 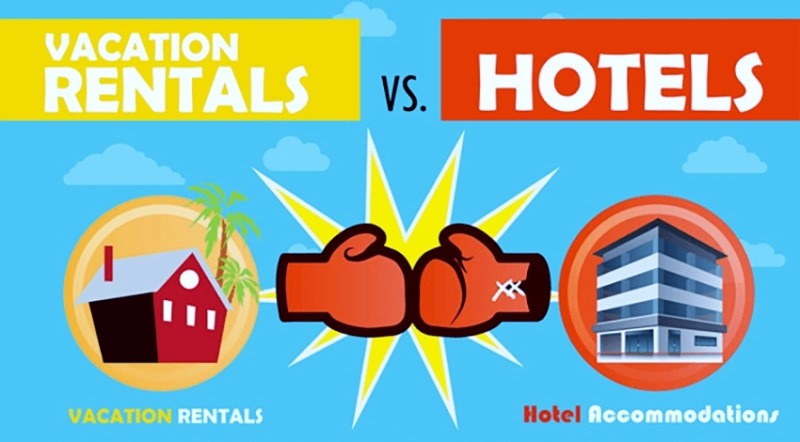 Your decision to stay in a private home or a traditional lodging option depends on lots of things, including the accommodations' costs that often have added occupancy taxes. (Image courtesy Reunion Vacation Homes)

Are you booking your summer vacation stay via Airbnb? You might want to budget a bit more for lodging taxes.

The popular private residential rental service collects sales and occupancy taxes on properties' leased in all or parts of 31 states, as well as the District of Columbia and the U.S. Virgin Islands. Internationally, Airbnb also is acting as tax collector in six countries.

Airbnb appears to have been quietly taking the same tax route as Amazon, voluntarily opting to collect the levies.

Where lodging taxes will be collected: Airbnb says on its website that in areas where it has reached agreements with governments to collect and remit local taxes on its rentals, it will calculate those charges, collect them from guests at the time of booking and then send them to the proper tax authorities on behalf of the short-term landlords.

That means that some Airbnb clients can strike tax tasks off their pre-rental list and focus on getting their lodgings ready for paying visitors.

So where are the taxes being collected? Airbnb says domestically they are in the following states or cities in those states:

Internationally, Airbnb is collecting and remitting taxes on behalf of hosts in France, India, Mexico, the Netherlands, Portugal and Switzerland.

Change in process, not tax laws: The move by the residential rental clearinghouse to expand its roles as lodging tax collector doesn't change which taxes are due, but automating the process makes tax collection easier for all parties involved.

Note that while Airbnb's list is long, the inclusion of a state doesn't mean the company collects in every location in that state. You might be in an area where it isn't providing the tax service.

If that's the case, you're still responsible for doing so and getting the fees to the appropriate tax collectors.

Laura Rillos of the Airbnb public affairs office told The Norman Transcript that the company reached an agreement with the Oklahoma Tax Commission to start collecting the state's 4.5 percent state sales tax and local city taxes this month.

"Guests will be charged the appropriate taxes on their Airbnb transactions," Rillos told the newspaper. "These agreements can generate meaningful revenue for communities and we would like to reach them with other cities around Oklahoma soon."

Anthony Francisco, finance director of Norman, said the company shouldn't need a formalized contract with the central Oklahoma city in order to begin remitting its 5 percent room tax since the company is subject to the city's existing room tax code.

More much-needed local tax cash: Airbnb's decision in Oklahoma and other taxing jurisdictions could mean substantial revenue for those locales.

In places where Airbnb and similar private rental clearinghouses don't collect lodging taxes, the responsibility falls on the hosts or renters. Most cities and states don't have a user-friendly system for those groups to collect or pay taxes associated with their private room or home rentals.

Hence, say these tax officials, the short-term landlords and their guests often ignore the taxes.

Critics of the home rental industry, which include tax officials and the hospitality industry, say the companies that facilitate short-term accommodations are basically abetting their clients' illegal skirting of tax laws.

Tax officials also note that they aren't necessarily opposed to Airbnb and similar operations. Such lodging options are a new way of doing business that provides visitors to cities more options. But they are opposed to the advantages over tax-paying businesses.

Advocates of lodging tax collection by online room rental companies say the centralized process could help even the playing field between the private hosts and traditional lodging operations that are required by law to collect and remit sales and occupancy taxes.

Since April 1, Amazon has been collecting sales taxes on products shipped to all states and Washington, D.C. that have them, even if Amazon doesn't have an actual physical presence, as required by existing tax law, in those jurisdictions.

It looks like Airbnb is taking that same approach to lodging taxes to lessen complaints about its listings, which now are around 3 million globally.

Others leave it to renters: Meanwhile, if you put your place on the short-term market via HomeAway, Airbnb's major competitor, you're still responsible for determining what taxes are due, then must collect and remit them.

HomeAway, which was purchased in November 2015 by travel giant Expedia, does, however, offer its clients tax guidance. It has a web page with information on how to calculate lodging occupancy rental taxes.

Since 2015, HomeAway also has partnered with Avalara's MyLodgeTax online tool, which allows those rending their homes to learn what taxes and amounts they need to collect and remit.

Here's a look at the taxes it says I would have to take care of if I decide to rent out my Austin, Texas, home: 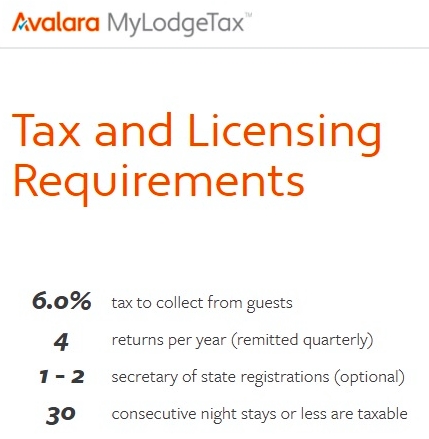 For vacation renters, however, who's collecting tax is immaterial. What does matter to these visitors is that in more locations, they'll be paying taxes that they might not have expected when they booked a private home instead of a hotel.

Do you use Airbnb, HomeAway or similar private rental options? Would the addition of taxes on your stay make a difference in your lodging choice?