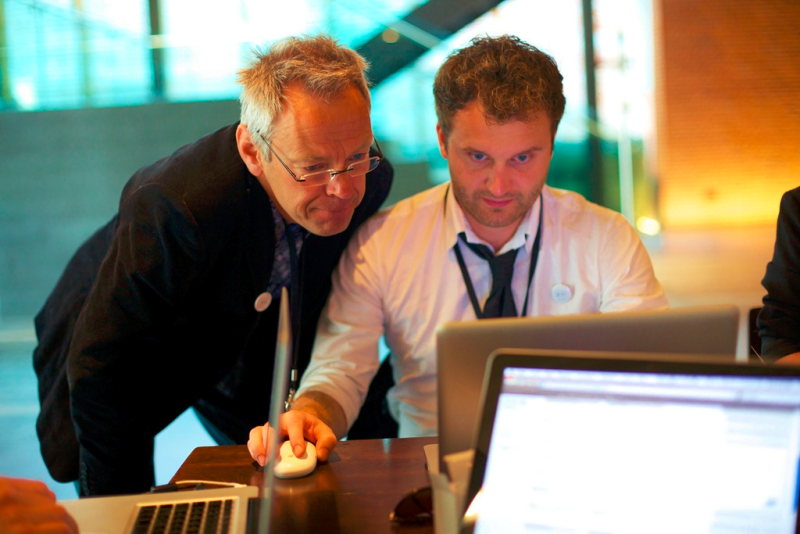 The Trump Administration has continued the current trend of cutting the Internal Revenue Service's annual operating funds, but a provision in the new White House's fiscal year 2018 budget also could solve a new IRS problem.

On June 1, the Internal Revenue Service got the bad news from the United States District Court for the District of Columbia that the tax agency can't collect fees from tax professionals who get IRS-required identification numbers.

The court did say, however, that the IRS still has the authority to require tax return preparers to obtain Preparer Tax Identification Numbers, or PTINs.

While the IRS is evaluating that legal decision, it has shut down its online PTIN tool, since it includes a mechanism for paying for the ID number.

PTIN budget help? Those currently conflicting tasks could be resolved if Congress accepts a provision in Donald J. Trump's first budget — a proposal, it should be noted given Trump's antipathy toward his predecessor, that also was part of prior Barack Obama budgets.

That Obama-now-Trump budget proposal would give the Treasury Secretary the authority to regulate paid tax return preparers.

In his first federal budget, Trump's Governmental Receipts document notes that revenue comes from "taxes and other collections from the public that result from the exercise of the Federal Government's sovereign or governmental powers."

Added IRS authority over paid tax preparers is among those powers proposed by the Trump Administration: 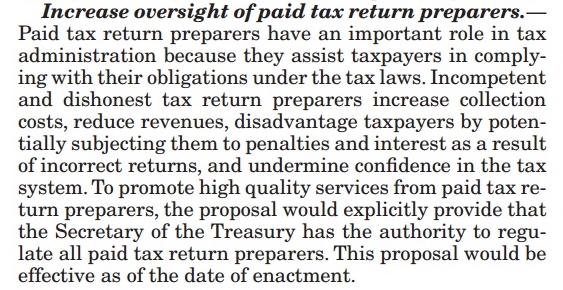 In case you're reading on a device that's stripped out photos, the above image of the Trump IRS proposal says:

Since this is part of the White House's federal receipts explanation, that leads one to presume that the proposed new, specifically granted IRS authority would include collection of fees for such things as, say, issuance of PTINs.

Finally time for preparer regs? We'll have to wait, of course, for Congress to get down to budget details to see if the IRS will get the Trump-proposed added supervisory powers over tax professionals.

That's not a sure thing, given not only the general bipartisan opposition to the president's overall budget, but also the difficulty such separate pieces of legislation have faced.

Tax preparer oversight bills introduced in both the House and Senate during prior Congressional sessions received some lawmaker support. None of the measures, however, made it through the legislative process into law.

But National Taxpayer Advocate Nina E. Olson has long been an avid supporter of tax preparer regulation. "Taxpayers must be confident that federal tax preparers meet basic standards of expertise and competence, and that these standards are maintained over time," she said in her written testimony to the Senate Finance Committee back in April 2014.

So this might be the year that the IRS is statutorily granted full authority to regulate tax preparers, giving the tax agency one of its long-time taxpayer service goals and solving its PTIN fee legal problem.

Its a fabulous article. I think entire information is there . This article about taxes and Its different and fresh topic to us . Thanks for sharing it . I am really glad after read it.

According to my points of view Paid tax prepares an Important role and Its very necessary to be overcome all the mess of this taxes and the present president of America also solve the problem of tax .
we are responsible for pay the tax to the time but do not scarify in taxes.