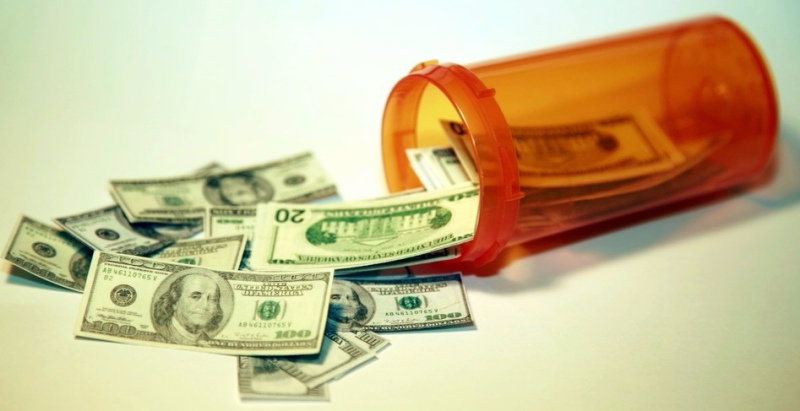 Drug prices are one of the major concerns of all Americans. A group of Senators is calling for a new excise tax to penalize drug makers who dramatically increase their products' prices.

Leaders of the Republican-controlled Senate today gave up on holding full vote this week on their effort to repeal and replace the Affordable Care Act.

Supporters of the Senate's Better Care Reconciliation Act (BCRA), as well as similar Obamacare repeal efforts in the House, say their bills are part of the answer to, among other things, stopping the escalating price of medical care.

Whether the GOP proposals will do that is debatable — or not, depending on the eventual floor vote rules set on the Upper Chamber bill and any possible House-Senate health care conference legislation.

But a group of Democratic Senators aren't waiting for that battle. They have introduced their own bill that would penalize pharmaceutical companies that dramatically raise product prices.

The two major components of S. 1369 would

Any money collected as part of this new excise tax would be directed to the National Institutes of Health for research and development of drugs.

He also cited Consumer Reports, which says nearly 28 million Americans have personally experienced a spike in the cost of their prescription medications over the past year.

"The purpose of prescription drugs is to allow Ohioans to live longer, healthier lives – not to line the pockets of Big Pharma executives," said Brown. "Too many Ohioans still struggle to afford the medicine they need, and often, the culprit is price gouging by big pharmaceutical corporations. It has to stop."

"Our bill would for the first time impose stiff penalties on drug companies that gouge the prices of medicines that their patients rely on for lifesaving treatment," added Sen. Kirsten Gillibrand (D-New York), one of the bill's five original cosponsors.

To underscore the reasons for her support, Gillibrand noted the decision by makers of the EpiPen to "cruelly" inflate the price for that emergency allergy treatment, "some even by as high as over 5,000 percent, just because they could get away with it, without any concern for how their actions would affect sick New Yorkers who are desperate for access to life-saving medicine."

"Without explanation, millions of Americans see their drug bills become more and more unaffordable each year," said Franken. "Our bill would help keep price gouging in check by forcing drug companies to justify price spikes and penalizing them if they can't."

In addition to Gillibrand and Franken, the other original cosponsors of the Stop Price Gouging Act are Democratic Sens. Jack Reed of Rhode Island, Maggie Hassan of New Hampshire and Tom Udall of-New Mexico. After the bill's June 15 introduction, two more Senators — Democrat Richard Durbin of Illinois and Independent Bernie Sanders of Vermont — also signed on to the legislation.

The bill is pending in the Senate Finance Committee.

If eventual Senate debate on health care reform does allow for floor amendments, look for this group of lawmakers to try to have the provisions in their drug price gouging bill added to the measure.

UPDATE, July 6, 2017: A companion bill has been introduced in the House. Democratic Reps. Mark Pocan of Wisconsin and Marcy Kaptur of Ohio are original sponsors of H.R. 2974, the Stop Price Gouging Act. It is pending in the Ways and Means and the Energy and Commerce Committees.