Here's a look at eight Affordable Care Act taxes that Republicans in both the House and Senate agree on eliminating. 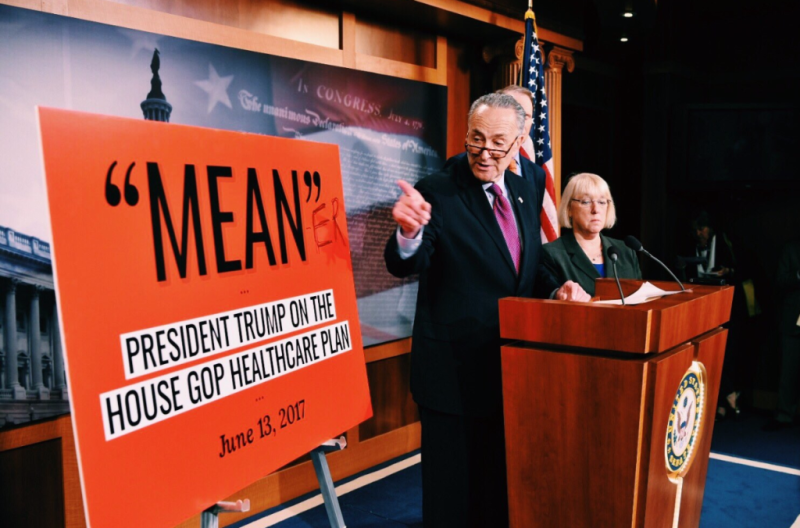 The Senate today finally revealed its version of Obamacare repeal and replace, dubbed the Better Care Reconciliation Act of 2017 or BCRA.

The 142-page document, which Senate leadership is describing as a discussion draft, is a rewrite of the House's American Health Care Act, or AHCA.

Since it just was released this morning, folks are still poring over the Senate document to see where it differs from the House bill and whether it is, as the president and Democrat opponents have charged, mean or meaner than the House bill.

House and Senate agree on ending Obamacare taxes: As a tax geek/tax blogger, I'm focusing on the tax provisions of the Republican health care effort. In this regard, the Senate and House are pretty much in agreement.

Both chambers really, really hate the taxes created seven years ago to fund Obama's signature Patient Protection and Affordable Care Act, generally referred to in official circles as the ACA.

So, like the House bill that squeaked through that chamber May 4 by a 217-213 vote with 20 Republicans voting against their party's legislation (I guess they didn't go to the White House Rose Garden post-passage party), the Senate's version would repeal several Obamacare taxes.

Below are eight ACA taxes to be eliminated and how the House and now Senate suggest their demises.

Fluid tax dates: Of course, as some of those who helped craft the Senate health care measure note, it's a starting point.

That means that although Senate Majority Leader Mitch McConnell (R-Kentucky) would like to hold a vote next week, some of the provisions in today's document could change before or during the limited debate planned before that vote.

That could include changes are particularly possibly when it comes to the tax provisions' effective dates. To what extent remains to be seen, since the exact ACA tax repeal dates will likely depend on how much money is needed to cover other associated repeal and replace costs.

And the dates of the tax changes definitely could change if the Senate bill clears that chamber and heads to conference with the House.

Awaiting fiscal analysis: The dollar details of the Senate rewrite of the House bill won't be known until next week. That's when the nonpartisan Congressional Budget Office (CBO), with assistance from the Congressional Joint Committee on Taxation, says it will release its analysis and cost estimate of the bill

In analyzing the House's version of the American Health Care Act, the CBO found that 23 million more Americans would become uninsured by 2026 under the GOP replacement plan for Obamacare. That's part of the reason that the House's AHCA is quite unpopular across the United States.

Will the Senate's version face a similar fate? The Republican bill already is facing blow-back not only from Democratic opponents, but also some in the medical community and many in its own party.

More conservative GOP lawmakers in the Upper Chamber have come out against the bill in general and four Republican Senators have specifically said they won't vote for or are leaning against voting for the bill. That's not encouraging since a defection of only three GOP Senators would doom the bill.

Looks like McConnell and crew have some arm twisting and deal making ahead of them.

Mrs. Boxwell,
While Medicare is not a specific target in the current healthcare debate, some current Affordable Care Care provisions that support Medicare-related provisions — such as free preventive-care services and the closing of the Part D prescription-drug coverage gap — could be reduced or eliminated under the Republican plans now under discussion/considertion.

Such things as free screenings for diabetes, heart disease and cancer (including breast and colorectal), as well as free flu and pneumonia vaccinations could be part of the plans.

Other possible effects of a repeal/replacement could be higher out-of-pocket costs under Medicare Part A, which covers hospital services, and Part B, which covers outpatient care, according to an analysis by the Kaiser Family Foundation.

I suggest you call your Senators and Representative to let them know your concerns about possible negative impacts on your Medicare benefits.

Thanks for reading, Kay

How will the the BCRA work for people that are 65 and older who receive Medicare benefits?

I would appreciate a response.
I currently receive widow's benefits.
Thank you,
Elizabeth