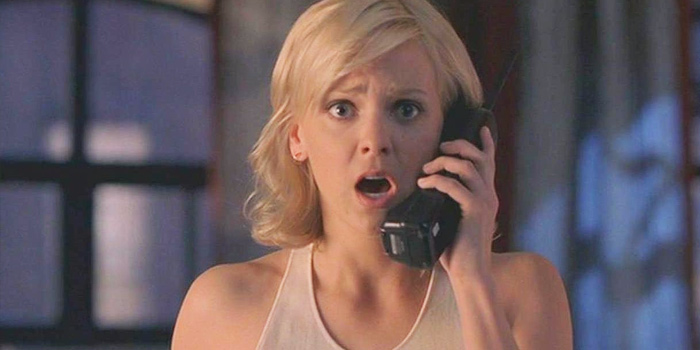 Private bill collectors are, according to four U.S. Senators, making calls about overdue federal taxes that could put taxpayers in financially compromised situations that are scarier than those faced by the terrified Cindy Campbell character (played by Anna Faris, pictured above), in the "Scary Movie" films.

Now four Democratic Senators have raised additional concerns about one of the private collection agencies' tactics, which could put owing taxpayers' homes and retirement savings at risk.

Questionable collection scripts: The lawmakers sent a letter, first reported in today's New York Times, on Friday, June 23, to Pioneer Credit Recovery and its parent company Navient about the overdue taxes collection scripts its employees use.

The Senators — Elizabeth Warren of Massachusetts, Ben Cardin of Maryland, Sherrod Brown of Ohio and Jeff Merkley of Oregon — are troubled that Pioneer is, according to the letter, "pressuring taxpayers to use financial products that could dramatically increase expenses, or cause them to lose their homes or give up their retirement security."

In addition to making general suggestions about how to pay their overdue taxes, such as getting a bank loan or cashing in investments, the letter says that one of Pioneer's collection scripts also advises its agents to give taxpayers repayment options that are "extraordinarily dangerous for taxpayers' financial security."

The questionable recommendations include taking on added credit card debt, obtaining a second mortgage and borrowing against a 401(k) retirement account.

Spotlight on Pioneer: Warren et al focus on Pioneer's collection practices. "No other debt collector makes these [aggressive payment option] demands," according to the letter.

The scrutiny is not a total surprise.

Pioneer was sued this year by the Consumer Financial Protection Bureau for allegedly systematically misleading borrowers. The collection agency's parent company Navient has denied wrongdoing and is fighting the lawsuit.

In addition, Navient has come under scrutiny in connection with previous federal collection contracts. Its deal to collect overdue student loan debt for the Education Department was terminated after it was determined that Navient gave borrowers inaccurate information about their loans at "unacceptably high rates."

All push installment limits: However, all four of the collection companies hired by the IRS — in addition to the Horseheads, New York-based Pioneer, the IRS is using CBE Group of Cedar Falls, Iowa; ConServe of Fairport,. New York; and Performant Recovery of Livermore, California — are telling tax debtors that they can set up an installment plan lasting as long as seven years.

That's two years longer than the span that private collectors are legally allowed to offer.

Low income issues ignored: During that same hearing, IRS National Taxpayer Advocate Nina Olson expressed concern that all of the private tax debt collectors were assigned accounts of taxpayers who make below-poverty level wages and/or had incomes of less than 250 percent of the poverty level.

The IRS has discretion to make exceptions for tax debtors who would have difficulty meeting their daily living expenses if they paid their tax bills.

Olson, based on her Capitol Hill testimony and comments this week to the New York Times, is worried that such income considerations and leeway are not part of the private collection agencies' procedures.

As the newspaper notes:

"The idea is that pushing taxpayers to the limit, while temporarily good for the I.R.S., causes long-term strain on the government over all. No one wins, the theory goes, when taxpayers wind up on public assistance from settling overdue tax bills. The I.R.S. does not try to collect from people who make only enough to afford basic living expenses like food, housing and transportation. (Only one collector, Performant, had lines in its scripts about how to handle hardship cases. Those accounts should be marked and returned to the I.R.S., Performant instructed its employees.)"

IRS, TIGTA looped in: The Senators' letter, which was copied to IRS Commissioner John Koskinen and TIGTA, urges Pioneer to "remedy these matters and to end potential taxpayer abuse immediately."

The lawmakers also want some specific proof that action is taken. They've asked Pioneer to:

I suspect that even when/if Pioneer meets the Senators' demands, a hearing will be held on the matter.