Another online Internal Revenue Service tool has been taken offline, but this time it's not security related.

Instead, the IRS has shut down the online method by which tax professionals can apply for a Preparer Tax Identification Number, or PTIN, in the wake of a court ruling against the federal tax agency. 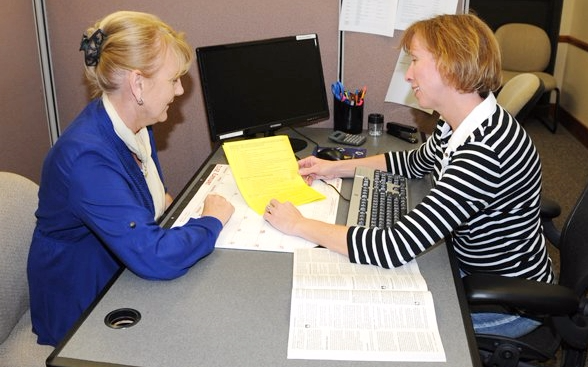 When you hire a tax pro to help you file your annual return, that paid preparer has to include his or her PTIN on your 1040. But a recent court ruling says the IRS no longer can charge preparers for this special identifying number.

Since the fall of 2010, the IRS has required tax professionals who are paid by customers to complete their returns to pay to obtain a PTIN. The special tax pro ID number is part of an IRS plan to regulate tax preparers in an attempt to ensure that they have at least a basic knowledge of tax law and IRS regulations.

That effort, however, has been stymied by legal challenges, of which the PTIN ruling is the latest.

In the PTIN suit, a federal district court ruled on June 1 that the IRS has the authority to require tax return preparers to obtain PTINs, but — and it's a big qualifier — the IRS does not have the authority to charge for the issuance of PTINs.

No PTIN "value": For legal eagles, both fully fledged or wannabe, here's as synopsis of what transpired in the Steele vs. U.S. class actions lawsuit regarding PTIN fees.

Lawyers for Adam Steele and similarly situated tax pros argued that the IRS could not charge PTIN fees because the ID number is not legally a "service or thing of value," which is what federal law requires for agencies to validly impose fees.

Basically, per a prior Supreme Court ruling, under the "service or thing of value" standard, agencies may collect fees only when they bestow persons with special benefits not shared by the general public.

While a PTIN might appear to be a special benefit for a select segment of the population, i.e., paid tax preparers, a previous court challenge to the IRS' authority to oversee and regulate tax professionals invalidates that, shall we say, specialness.

Rather, noted the D.C. appeals court, since the previous Loving vs. IRS ruling determined that the IRS had no authority to impose a license requirement on tax preparers, there is no longer any restriction on who may obtain a PTIN.

Thus, there's no "special benefit" for getting paid to prepare tax returns and consequently PTINs are not a "service or thing of value." Therefore, the IRS cannot charge a fee for them.

If you hire a tax preparer, his or her signature and PTIN, noted by the red circle, must be included on your 1040, just below your signature.

Tallying PTIN fees: You can peruse the IRS' online Directory of Federal Tax Return Preparers with Credentials and Select Qualifications, i.e., those folks who have PTINs, to get an idea of who eventually could be receiving refunds for their PTIN payments.

Under the $50 PTIN charge, the IRS got $33, with a third-party vendor taking $17 to operate the online system and provide customer support.

That means, based on various estimates, the IRS could owe from $175 million to $300 million in PTIN fees it has collected over the last six-plus years for the issuance of identification numbers and renewals.

Stopping the fee accumulation: To forestall any additional fee collection which, pending a possibly reversal on appeal, the IRS might have to issue, the agency decided instead to simply stop issuing PTINs.

On June 1, 2017, the United States District Court for the District of Columbia upheld the Internal Revenue Service’s authority to require the use of a Preparer Tax Identification Number (PTIN), but enjoined the IRS from charging a user fee for the issuance and renewal of PTINs. As a result of this order, PTIN registration and renewal is currently suspended.

The IRS, working with the Department of Justice, is considering how to proceed. As additional information becomes available, it will be posted on our Tax Pros page.

Future legal action: Will the IRS appeal? As the PTIN announcement indicates, that's part of the tax agency's conversation with Justice Department attorneys.

If appealed, what are the chances the D.C. court's ruling will be reversed? Again, the IRS isn't talking, but other attorneys are.

Allen Buckley, an attorney, CPA and plaintiffs co-counsel in Steele, and Dan Alban, an attorney at the Institute for Justice which represented the plaintiffs in Loving (which the IRS decided not to appeal), told Tax Analysts that the judges' PTIN ruling is "strong" on both statutory and regulatory grounds.

We'll see what the IRS ultimately decides to do here.

And while I wouldn't go spending any PTIN refund money just yet, if you've paid for the identifier over the years, you might want to at least make a wish list.

Great info! I recently came across your blog and have been reading along. I thought I would leave my first comment. I don’t know what to say except that I have.

Your knowledge is a clear mirror of your experiences.Writing attractive blog posts is one of the crucial part of successful blogging.Thanks for this wonderful article......

Really i appreciate the effort you made to share the knowledge. This is really a great stuff for sharing. Keep it up . Thanks for sharing.