Deducting your cell phone as a business expense

Since the iPhone debuted a decade ago, it's become an indispensable personal and business tool, with accompanying tax issues to consider. 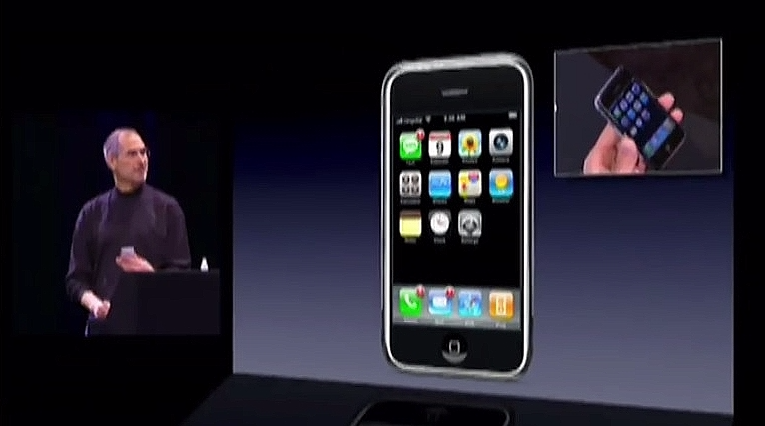 Steve Jobs introduced the Apple iPhone at MacWorld in January 2007. iPhone mania was in full swing six months later when, on June 29, 2007, with crowds camping out at Apple stores to be the first to own the 1st Gen/2G telecommunications device. (Click screenshot to view full presentation on YouTube)

What were you doing 10 years ago today? If you're an extreme tech geek, you were among the thousands waiting to get your hands on the first ever iPhone.

June 29, 2017, is the 10th birthday of the mobile device that, per Steve Job's promise (or threat, depending on your point of view), has irrevocably changed lives worldwide.

Love it or hate it, the iPhone and its many imitators are now fully integrated into the lives of millions. And even if you're just a semi-Luddite, you probably at least have some sort of mobile phone.

In fact, a U.S. government survey released in May revealed that 50.8 percent of homes and apartments had only cellphone service in the latter half of 2016. That marked the first time cell-only households were in the telecommunications majority.

Early work phone tax troubles: Many of us depend on our cell phones solely for personal reasons. But a lot also use our mobile phones for work.

Back when cell phones were more of a novelty, they posed a challenge to the Internal Revenue Service. Initially, the tax agency focused on mobile phones provided by companies to employees. Under the law, the value of the phone was to be counted as income to the employee based on the amount of business calls made on the device.

However, the IRS knew that even though the boss provided us a phone for work purposes, we also used it to call our spouses, check on the kids and order a meal we could pick up on the way home from work.

The IRS struggled for years to get such phone owners to comply with, as the agency put it back then, its rules "under which employers substantiate an employee's business use of employer-provided cellular telephones or other similar telecommunications equipment."

Easing up on tax rules: Yeah, that didn't work. So in 2009, the IRS gave up and asked Congress for help in crafting a law that would mean that in most cases would eliminate any tax consequences to employers or employees for personal use of work-related, company-provided cell phones.

The IRS's reasoning for the request? "The passage of time, advances in technology, and the nature of communication in the modern workplace have rendered this law obsolete," said then IRS Commissioner Doug Shulman.

The IRS and employees with company-provided cell phones got their wish in 2010. Following the passage of that year's Small Business Jobs Act, the IRS subsequently issued a notice on the treatment of employer-provided cell phones as an excludible workplace fringe benefit.

It said that when an employer provides an employee with a cell phone primarily for business reasons, the business and personal use of the cell phone is generally nontaxable to the employee.

Even better, the IRS said it won't require record keeping of business use in order for workers' company-issued phones to get this tax-free treatment.

Deducting work use of personal phones: On the flip side of that telephone taxability coin is the tax deduction for your own, bought-it-yourself cell phone when you use it to conduct business.

When you're the boss of your own business, as long as the phone is used primarily for your work and you keep good track of your cell usage — which is pretty easy if your carrier, like mine, provides quite long and detailed call logs with its monthly bills — then you can deduct the business portion of your bill.

Don't freak. You don't have to go through that bill fine print and recount it in toto on your 1040. But you do need to look it at it, along with your own records, to determine just how much you use your phone for work versus how much you use it for personal reasons.

Basically, you'll be calculating the percentage of business use of your cell phone each month as compared to personal use. So if 30 percent of your calls are personal, you can only deduct 70 percent of the phone's expense.

Verifying your call claims: If the IRS ever questions your calculation, those phone bills will help show the auditor how you came up with your Schedule C deduction amount. Any logs, such as a notation on your calendar of the call date, time, to whom and for what business reason, also will bolster your business deduction claim.

Keep good records: Again, as with anything tax, the key to deducting your cell phone as a business expenses is keeping good, complete and accurate records.

And if you're in the minority that has only a land line — that was around 7 percent of Americans in that 2016 phone use survey — then you're out of tax deduction luck no matter how much you use it to do your job. The IRS always considers a residential landline a personal, nondeductible expense,

Thank you for this article

I am an extreme tech geek and for me, I was probably already on my third smartphone ... just sayin'. The iPhone is the imitator, it just was better at marketing.