UPDATE, Thursday, July 26, 2018: It's happened again. The winning ticket for a huge lottery jackpot, this time the Mega Millions total of $543 million (that likely will be taken as a $320.5 million pre-tax lump sum payout), was sold by a California retailer. That means the Golden State resident who bought it will only owe federal taxes on his or her lucky numbers. California doesn't tax, at either the state or local levels, lottery winnings. 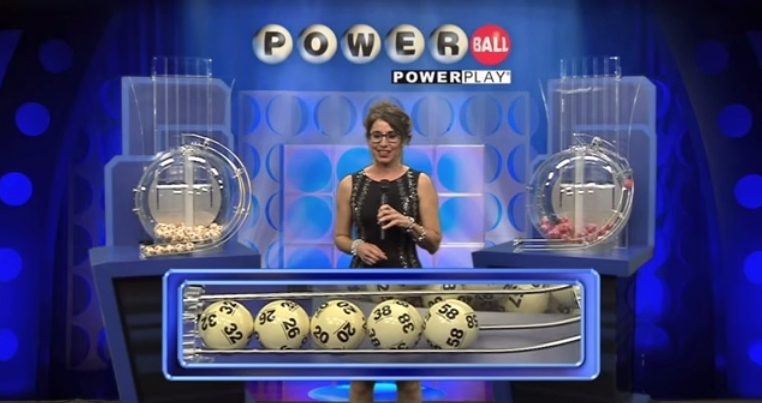 Talk about lucky. Not only did last night's (Saturday, June 10) Powerball winner match all six numbers to take the almost $448 million jackpot, that person lives in California. By the time of the drawing, the jackpot had grown into the seventh largest U.S. lottery ever.

If the winner takes the single, lump-sum payout (which most winners do), he or she will get a check for just more than $279 million, according to lottery officials.

That should give the U.S. Treasury around $69.7 million in federal taxes.

The Internal Revenue Service is hoping the winner doesn't dally. The earliest the ticket can be redeemed is 8 a.m. Monday, June 12. The winner has one year to claim the prize.

California's high and no taxes: I know what you're thinking, how can that be lucky from a tax standpoint. State taxes also usually are due on lottery and other gambling winnings, too, and California has some of the highest taxes in the country.

True, but California also has a law exempting lottery winnings from state income taxes as long as the winner is (1) a Golden State resident who (2) bought the ticket within the state's borders.

So unless the winner was just a visitor passing through and stopped to pick up a snack and Powerball ticket at the Marietta Liquor and Deli store in Sun City, California, then the lottery money is free from state tax.

The store's owner doesn't care who bought the ticket or what his or her tax situation is. It won't change the $1 million retailer bonus the business will get for setting the winning Powerball slip.

More special tax treatment for jackpots: California and Delaware are the only states that exempt lottery winnings from state income taxes.

My earlier note that lottery winnings also are state tax-free in Pennsylvania was incorrect. They used to be, but legislation enacted last year now applies the Keystone State's personal income tax rate of 3.07 percent to all lottery prizes. Mea culpa.

Of course, winners of lotteries or any other type of gambling payouts don't have to worry about state taxes if they live in one of the seven without an income tax. Those locales are Alaska, Florida, Nevada, South Dakota, Washington, Wyoming and my home state of Texas.

Two other states, New Hampshire and Tennessee, tax only certain investment earnings. Careful planning of what to do with a big jackpot can help reduce those states' tax bites.

Note, too, that when 2022 arrives, the Volunteer State's tax on dividends and interest will be eliminated.

Post-winning lottery moves: I'll run my Powerball ticket through the machine the next time I'm in the grocery store to see if I got anything. That's happened before, albeit for only a few bucks.

But, hey, I'll take the tax-free cash and put it away to buy another ticket the next time Powerball or Mega Millions gets up there in triple-digit millions territory.

And those losing tickets, as #5 in my earlier post 5 tax tips for lottery winners, could help offset some of the bigger bucks I just know I'll eventually win.

Great review of special tax provisions regarding lottery winnings that many are probably not aware. Half the time I lived in CA, I did not know about its lottery winnings being exempt for state residents.

The most ironic thing about this particular drawing was the 2nd tier prizes of 1 million dollars. There were two of those winners -- 1 in CA and the other in Ohio. The same two states which were currently playing in the NBA Finals.

I also like playing the Powerball and Mega millions when they go 250 million or above. They've tweaked these games here and there to make the odds of a jackpot win worse (but the odds of winning the smallest prize slightly better). If they pull such a move again, I'll stop playing these completely. The $2 powerball ticket is also annoying.