Most Americans living abroad don't like the U.S. requirement that they have to send the Internal Revenue Service a Form 1040.

That's one of the findings in Greenback Expat Tax Services most recent annual survey of U.S. expatriates.

If your trip abroad turns into something more permanent, you'll have many U.S. expatriate issues to consider, including taxes. (Photo courtesy Those Dam Americans blog)

Sixty-six percent of expats queried earlier this year told Greenback they don't believe they should be required to file a U.S. tax return while they are living outside Uncle Sam's borders. That more than two-thirds percentage is this week's By the Numbers figure.

However, under current tax law, filing a Form 1040 is a must. And that overseas taxpayers' filing deadline of June 15 is fast approaching.

You'd expect such anti-filing sentiment from Americans abroad who owe U.S. taxes. But the no-filing feeling prevailed even though 62 percent of the expats who participated in Greenback's survey said they ended up not owing U.S. taxes or got a refund.

No fans of FATCA: Another foreign related tax law also draws the ire of most foreign-based U.S. taxpayers.

Fifty-seven percent of the expats in the Greenback survey want to see their native land do away with FATCA, the acronym used in financial and tax discussions of the Foreign Account Tax Compliance Act. FATCA filing, which has been required since 2010, is a key component of U.S. efforts to combat tax evasion by Americans who have bank accounts and other financial assets abroad.

While the IRS credits FATCA with increasing its collection of tax on foreign accounts, the Greenback survey found awareness of the law to be slightly down from last year. In 2017, 15 percent of U.S. expat respondents said they do not know what FATCA is; in 2016, 13 percent weren't aware of the law.

And 10 percent of those surveyed said they're seeking a new bank because their foreign financial institution doesn't want to deal with Americans and their associated fiscal reporting rules.

Amnesty ignorance: Another disturbing expat tax knowledge trend is that almost half of those surveyed this year said they have never heard of the IRS amnesty program.

OK, the IRS prefers the program's official name, the Streamlined Filing Process and the Offshore Voluntary Disclosure Program, or OVDP. Since the OVDP began in 2009, the IRS has collected $10 billion in taxes and had 100,000 taxpayers return to full federal tax compliance.

But whatever it's called, apparently fewer expats are aware of the tax amnesty/OVDP. In 2017, 46 percent admitted ignorance of the program; that's a 1 percent increase since 2016 and up 5 percent since 2015.

This trend is disturbing, notes Greenback, because expats who are behind on their taxes and who don't make an effort to pay can have their passports revoked as well as face stiff financial penalties. 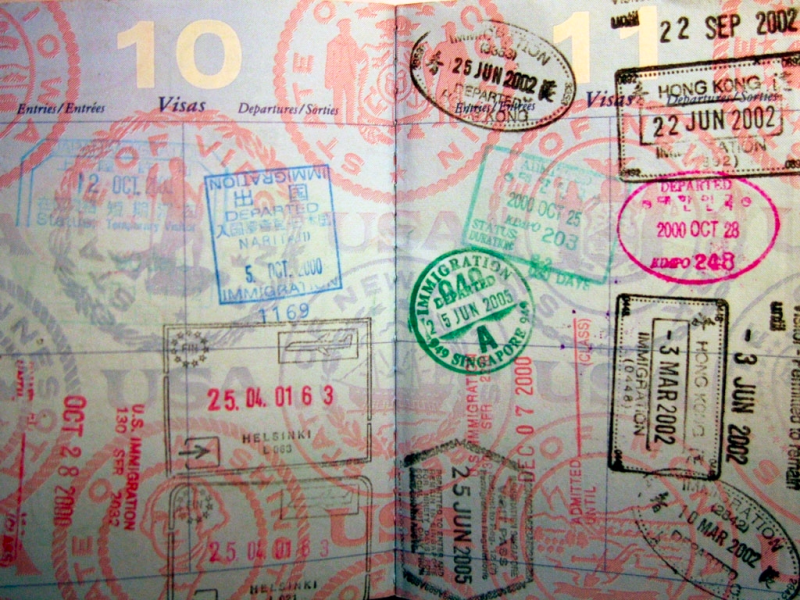 In its annual survey, Greenback asks expats if they plan to stay abroad forever. This year, 43  percent of queried expats said they wouldn't rule out such a move. Another 19 percent are seriously considering renouncing their homeland and 5 percent are already planning to officially give up all ties to the United States.

The reason for handing over their blue-bound passports? Half of those considering or planning renunciation cite the burden of U.S. tax filing requirements as the reason. That 50 percent mark is up 13 percent from 2016.

Paying IRS to expatriate: But giving up U.S. citizenship comes with its own tax price.

The HEART (Heroes Earnings Assistance and Relief Tax) Act of 2008 requires many expatriates pay an exit tax. The amount is calculated as if the departing U.S. citizen liquidated all of his or her worldwide assets on the day before expatriation and then any hypothetical net gain from that amount (that is, the deemed liquidation amount minus the expatriate's asset basis) that is more than a certain amount is taxed as capital gains.

The taxing threshold for 2017 expatriates' paper-only liquidations is $699,000. At that income level, the capital gains rate on the taxable amounts in excess of the threshold is 20 percent.

This hefty U.S. exit toll is collected by the IRS when a person meets any one of the following three conditions:

Expats feel ignored: The 2017 survey by Greenback, a firm that specializes in helping U.S. expatriates with their taxes, gathered the perspectives of more than 2,100 U.S. expatriates.

In addition to tax and financial matters, the survey also asked for the Americans abroad opinions on government representation, the 2016 presidential election and the new administration.

Other expatriate opinions of note this year included:

One of the reasons for the U.S. voter abroad ennui is the same as many of their U.S.-based counterparts. A substantial majority, 88 percent, of expats surveyed said they do not feel like their interests are fairly represented by the federal government. This is a 5 percent increase from last year. It's also the third consecutive year, according to Greenback, that expats report feeling ignored by Uncle Sam.

Tax changes would help: And what issues would generate more U.S. voting from citizens abroad? The top three actions that American expats would like addressed are all tax-related. They are:

It looks like political candidates have a lot of tax work to do to appease U.S. voters both in and outside the country.

Or in the electoral terms that David McKeegan, co-founder of Greenback Expat Tax Services, put it:

"Government leaders should be equally taking into account the interests of all Americans, regardless of where they're currently living and working, not just because it's the right thing to do — the expat voice is strong enough to sway an election. Those planning to run in 2020 would be smart to take note."

I like visiting you site since I always come across interesting articles like this one.Great Job, I greatly appreciate that.Do Keep sharing!

I forever care for the informational post which helps us to boost our awareness. Here establish a fresh position which is greatest for me. In reality, I don't create remark on each blog post. But this is amazing actually attractive and make me read lots of times.
https://usawriters.org/