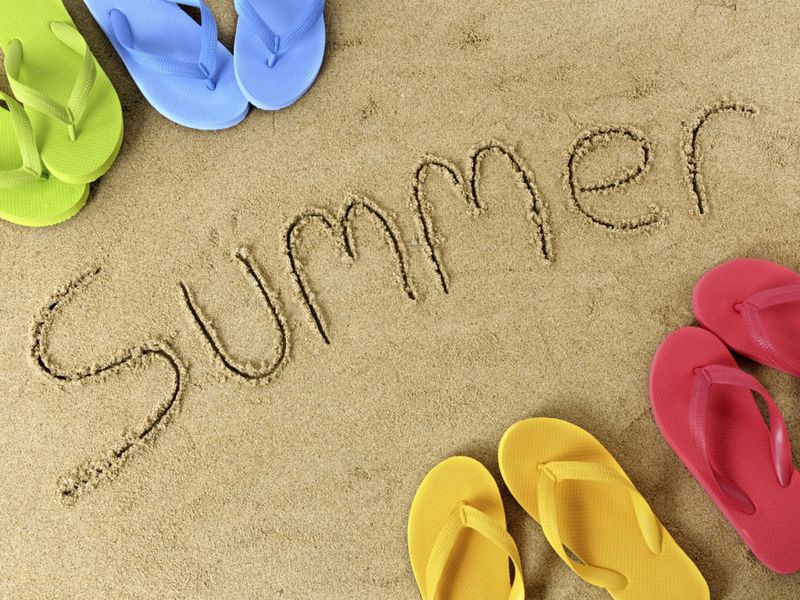 That's not a non sequitur or the fevered delusions of tax geek.

As schools close their doors for a few months and families head out on much-needed vacations, it really is the perfect month to look at some traditional June events and their related tax moves.

1. Batten down the hatches: OK, that's a nautical phrase, but when summer rolls around, landlubbers along the Atlantic and Gulf of Mexico coasts take it to heart. They don't need a calendar to tell them that the annual hurricane season starts June 1. They already know, some painfully, that hurricanes, tropical storms and even just meteorological depressions appear on their own schedules — 2017's first Tropical Storm Arlene developed in late April — and wreak havoc any time.

A handful of states offer special sales tax holidays, most recently in Louisiana, to encourage folks to stock up on hurricane supplies. Sorry shoppers, those are over for 2017. But you still should get ready for potential storms, even if you live well inland and now must pay sales tax on the supplies.

And if Mother Nature turns into a destructive Mommy Dearest and worse comes to worst, note that you might be able to write off some of your casualty losses or even get special tax treatment if it's a major disaster. You can find many more details in the ol' blog's special Storm Warnings resources page.

2. Counting on kids' camps: What's almost as loud as the cheerful yelps of youngsters exiting schools for the summer? The pained cries of their parents who must deal with them 24/7 for the next few months.

There is a summer respite, however, for harried moms and dads: day camps.

But one thing they all have in common is that these day camp costs count toward claiming the child and dependent care tax credit. This credit helps parents pay for a portion — parents will tell you a very small portion — of young children's day care and the supervision of older kids so that their parents can work.

Note, though, that only day camps qualify. If you seek some 24-hour relief by sending young Jimmy and Joni away to a sleep-away camp, enjoy your child-free time, but don't expect any help from the Internal Revenue Service.

Also note, as mentioned earlier, this tax credit covers only a percentage, ranging from 35 percent to 20 percent of a maximum $6,000 in care expenses — of child care costs and just how much depends on your income.

3. Saluting dads: Last month belonged to mom. June gives us dad's special day. This year, Father's Day is on June 18. Dad might not say so, but he appreciates being recognized, so take time that (and every) day to let him know you care.

And if you are literally caring for an aging father, you might be able to claim some tax breaks for being a good sons or daughter.

If you're a dad who's on his own when it comes to child rearing, you need to give yourself a tax gift or two … or, as detailed a few Father's Days ago, five tax breaks for single dads. You can check out that post for details, but as a preview the tax savers for single parents are:

4. Saying "I do" to tax changes: One of June's big claims to fame is being the month for weddings. Congratulations to all the couples exchanging vows this month. Once you're through with "I do" and honeymooning and writing thank-you notes for all those great(?) gifts, you need to take care of some newlywed tax tasks.

Again, I'll let you peruse that link at your leisure, but a couple of tax matters that new married need to think about is name changes that will show up on your first jointly filed tax return and withholding adjustments if you both earn income.

More June tax details: There are, of course, more tax tasks to take care of in June, such as filing your estimated tax payment by the 15th. That and more are listed in the June Tax Moves over in the ol' blog's right column under the bright-red heading of the same name.

Yeah, I know. You'd rather be thinking about vacation as summer's rolling in. Sorry.

But if you take care of June's tax tasks early this month, you'll still have plenty of free time to chill by the pool or at the beach or on the golf course or whatever your recreational choice. And you'll do so without giving any more thought to the IRS.

I really appreciate this post. I’ve been looking all over for this! Thank goodness I found it on this blog . You have made my day! Thanks again!