The president is back in Washington, D.C., after spending the weekend not at Mar-a-Lago in South Florida, but at a closer family property, Trump National Golf Club in Bedminster, New Jersey. 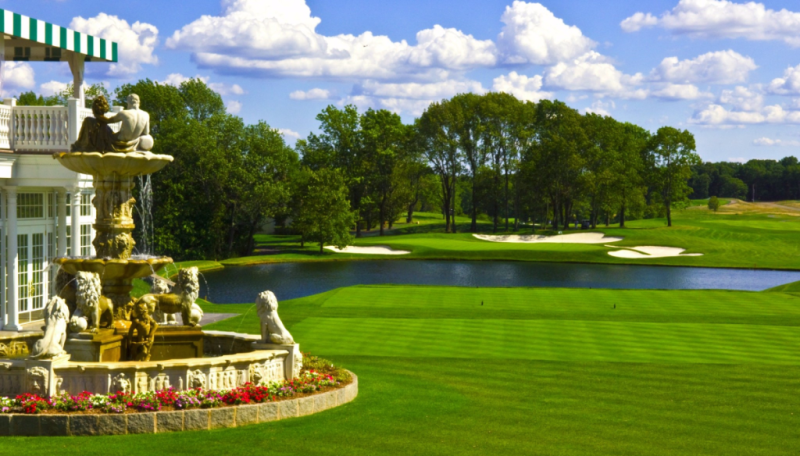 It was the 14th weekend since his inauguration that Donald J. Trump has headed to one of his eponymous real estate holdings.

First, on May 5, he Tweeted: "Rather than causing a big disruption in N.Y.C., I will be working out of my home in Bedminster, N.J. this weekend. Also saves country money!"

Then the next day, he added: "The reason I am staying in Bedminster, N.J., a beautiful community, is that staying in NYC is much more expensive and disruptive. Meetings!"

Trump's travel (and more) costs: His acknowledgement of the expense seems to indicate that Trump is at least aware of the complaints about how much his penchant for being at one of his pre-election homes is costing the U.S. Treasury, not to mention that all that money is going back into Trump accounts.

The cost of just Trump's air travel for two weekends in Florida, according to a recent Wall Street Journal examination, was $1.3 million.

A new website, Is Trump at Bedminster?, is keeping track of not only the prez's whereabouts, but also the costs of his weekend departures from the national capital. 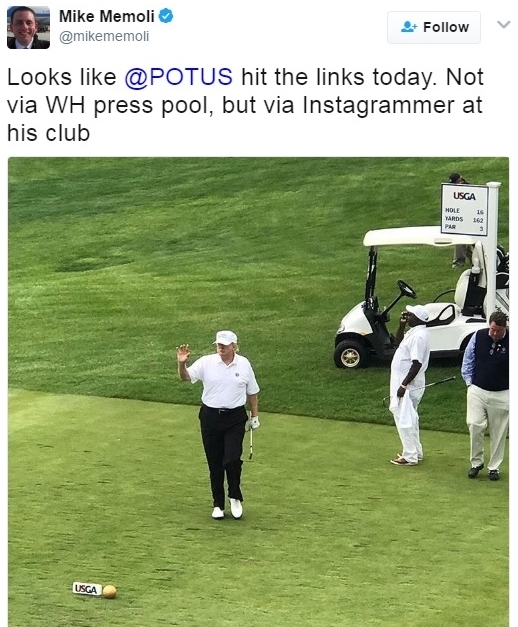 Then there's the added cost of the First Lady and Trump's youngest son still living in their Trump Tower home in Manhattan. Those expenditures were the focus of a New York Times  reader's recent letter to the newspaper's editor:

Re "Budget Deal Allots $120 Million More for First Family’s Security" (news article, May 2): President Trump has told us he is a billionaire. He has also, as a public service, offered to serve as president for $1. It seems only natural, then, that the president, in a similar spirit of civic-mindedness, should insist on paying these security costs himself. Besides, the cost might be tax-deductible.

Anything that mentions tax automatically catches my attention. This is an intriguing suggestion — not that Trump cover his family's added security costs himself, but that he might get a tax break if he does so — so I took it to some experts, specifically a group of Enrolled Agents who share their tax guruness on Facebook.

Enrolled Agents weigh in on tax implications: Responses ranged from very succinct one-word replies to more detail considerations of the tax possibilities if Trump ponied up personally for some of his and his family's added costs to maintain their pre-public service lifestyles.

Thanks to all the Enrolled Agents who took time to ponder this matter and offer their advice.

Below are some of the comments that particularly caught my attention. The comments have been lightly edited, mainly to clear up some tax-speak that tax pros tend to use with each other. Also, the links in the comments go to Don't Mess With Taxes  posts (or my stories) on the issues mentioned by the tax pros.

The consensus in this case is that, for many reasons, Trump wouldn't get any tax benefit for picking up the tab for any of his added travel and family security costs.

But the original tax question also underscores what all of us in the tax world have long known. Tax questions often lead to as many additional questions as answers.

Maybe that tax tendency will be reduced by any tax reform accomplished by the Trump Administration. But I wouldn't count on it.

Thanks for your posting .
Keep posting like this is very helpful For us
I have found something new in this Article.

That’s a great post . It will definitely help me. I would love you to read this: