Memorial Day in the United States is the biggest day in motorsports worldwide.

The starting lights in Monte Carlo signal the beginning of the glamorous F1 race in Monaco. Next, the green flag drops at Indianapolis Motor Speedway to get the cars rolling in the Indy 500. The day wraps up with the checkered flag in Charlotte, North Carolina, marking the end of NASCAR's longest race of its season.

While race fans across the globe will watch at least some of the races, law enforcement officials in Thailand and the United Kingdom are focusing on other vehicles. 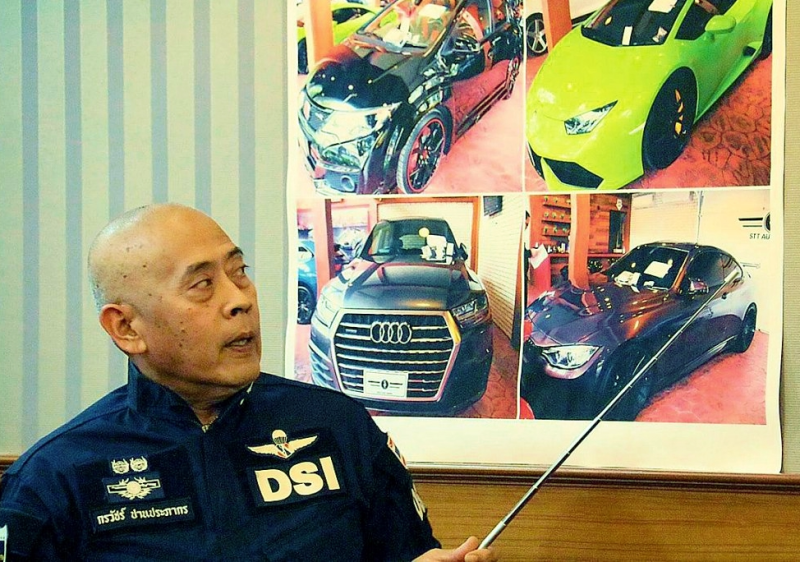 Pol Lt-Colonel Korrawat Panprapakorn of Thailand's Department of Special Investigation explained May 27 the status of his country's joint investigation with the United Kingdom into allegations of import-duty evasion by car importers and dealers. (Photo courtesy NationMultimedia.com.)

Thai and British investigators are looking for the bulk of 40-plus luxury cars that allegedly were stolen in Great Britain and illegally transported to Thailand.

Authorities say at least three of the vehicles have already been sold to buyers who may not know about their dream cars' criminal backgrounds. Six other stolen cars have been impounded from suspected wrongdoers.

Investigators are still gathering evidence and related documents seized from the importers and dealers to determine if the cars evaded tax.

This is not the first illegal auto import scheme in Thailand. The nation's Department of Special Investigation (DSI) and Customs Department have joined forces in investigating allegations of import-duty evasion by car importers and dealers going back five years.

British authorities told their Thai counterparts that the luxury cars were bought through car loans, with buyers paying just a few installments before shipping the autos to Thailand. The buyers then allegedly filed car-theft reports in order to claim insurance on the missing vehicles.

Meanwhile, the allegedly complicit importers were quoted much lower prices on the high-dollar vehicles, allowing them to avoid Thailand's high customs duty of 300 per cent.

Authorities say the incorrect auto values mean the Southeast Asian country could have sustained ฿3 billion (฿ is the symbol for the baht, the money of Thailand), which equals around £69 million in British currency or $88 million U.S.

That lost customs money in all its international versions is this week's By the Numbers honoree.

Racing check-in: Spoiler alert. If you haven't seen the races so far today and don't want to know who won, stop reading now!

I'm posting the winners of today's three races just below this photo of Monte Carlo's harbor. 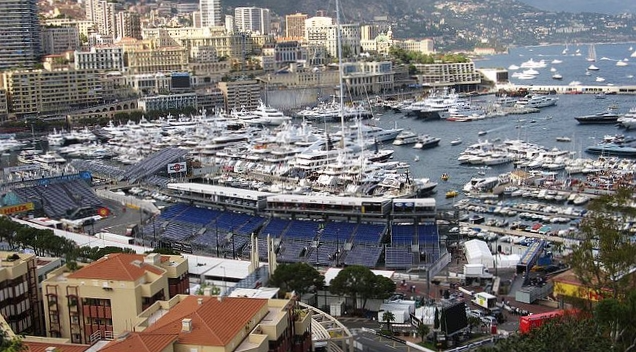 I watch the Monte Carlo Grand Prix to cheer on Ferrari driver Kimi Raikkonen as he maneuvers the principality's twisty, narrow streets. I admit, however, that I also love the glimpses of the amazing yachts in the tiny country's harbor. Photo by AmyMaria via photopin/Flickr CC.

OK, since you scrolled down here, I presume you want to know who won what this Memorial Day weekend Sunday.

No news yet for the Coca-Cola 600 (or World 600 for us veteran NASCAR fans), as that race has yet to start, much less finish. I'll put the spoiler winner update here when the first car crosses the finish line after completing 400 1.5-mile laps on the Charlotte Motor Speedway.

And finally! After a 1 hour, 40 minute rain delay, Richard Childress Racing's iconic #3 returned to victory circle. This time, it was Austin Dillon who presented his NASCAR Hall of Fame grandfather with the welcome win on Memorial Day weekend Sunday night.

Well done by all racers and their teams.

thank you for this information.