What's a weight watching person to do? Artificially sweetened soft drinks, a staple of dieters' menus for decades, recently have come under fire as a health, both mental and physical, risk.

Now the no-calorie drinks could be a threat to some Seattle soda drinkers' bank accounts. 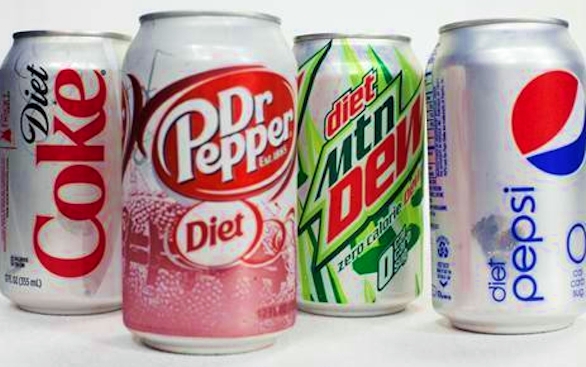 Seattle Mayor Ed Murray has revised his original soda tax, reducing the per-ounce amount a bit and adding diet drinks the list of beverages to be taxed.

Sugary drinks tax target: In his State of the City address in February, Murray called for a 2 cents per ounce tax on sugary drinks with the tax to be paid by beverage distributors.

Not surprisingly, Murray's effort to tax sugary drinks got push-back.

Class, race tax concerns: In addition to the usual anti-tax complaints, there was the argument that the tax proposal was regressive and would affect lower-income drink buyers more than those with more discretionary income.

Some even denounced the class and race implications of the tax. Taxing sugary beverages while leaving diet drinks off the taxable list is unfair, they contend, because affluent white people consume more diet drinks.

Murray heard the argument. His staff, along with folks from City Councilman Tim Burgess' office, studied disparate impacts the tax could have on people with low incomes and on people of color. The data, apparently similar to that in the Seattle Times graphic below, was enough to change the mayor's mind. 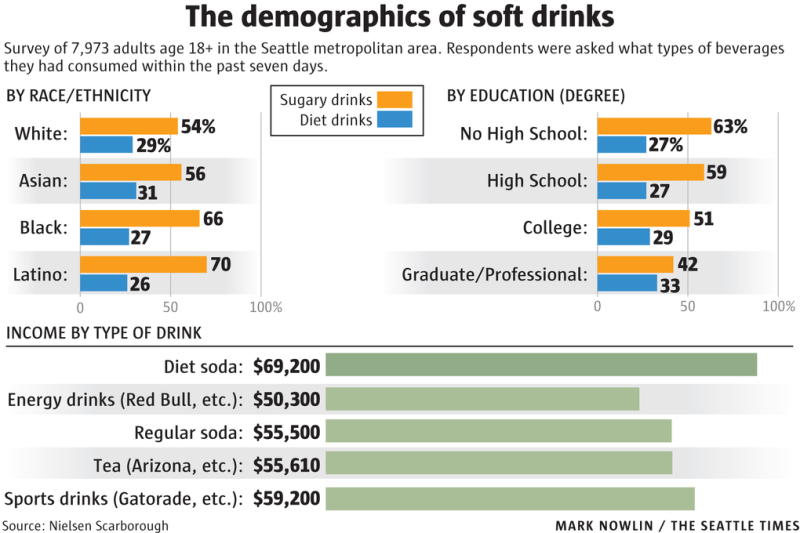 Diet drinks now on tax list: Now Murray wants the city council, which is schedule to take up the issue on May 10, to approve his new bill.

It would add a 1.75 cents per ounce tax, down from 2 cents but still payable by distributors, to all sweetened beverages, whether that taste boost is from sugar, corn syrup or noncaloric artificial sweeteners. Beverages that are 100 percent fruit juice, as well as medicine, infant formula and milk-based products would not be taxed.

The money from the new tax, which in its revised form is estimated to bring in $23 million (up from the original $16 million) per year, would be used to fund various child and education efforts, such as before- and after-school programs, summer learning sessions, early learning classes and Seattle Colleges scholarships.

Opponents point to Philadelphia's soda tax, which also added diet drinks to its taxable drinks list. While the City of Brotherly Love's initial tax intake was double than what the city expected, beverage sales also dropped.

Plus, Pepsi said its decision to lay off 80 to 100 workers at its three distribution plants that serve Philly are directly tied to the soda tax's effects.

What's happening in Philly seems to support the observation that sin taxes, the added collections on products deemed unhealthy, might discourage the targeted bad habit, but they ultimately do little for a taxing jurisdiction's overall revenue.

Seattle's beverage consumers will find out soon whether their city's drink tax changes will be enough to counter opposition and convince the city council to go forward with the levy on assorted liquids.