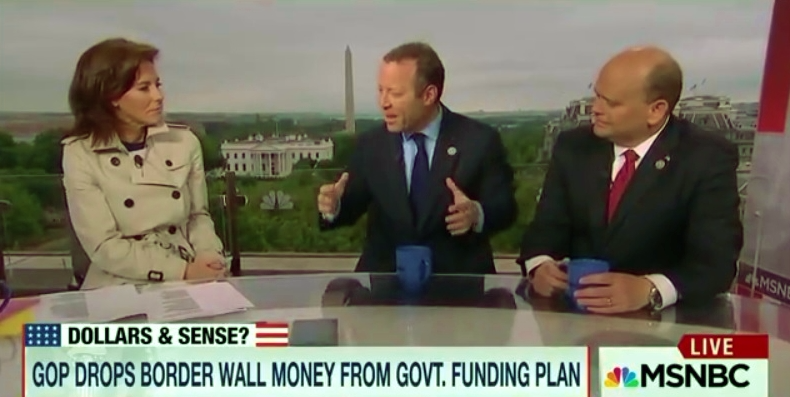 The email topic line said something about the Congressional Problem Solvers Caucus, so naturally I almost hit delete thinking that such an oxymoron had to be spam.

But curiosity got the better of me. I opened the message.

Lo and behold, the Problem Solvers Caucus is a real deal. How effective it can be is another question.

But kudos to the Representatives (so far, there's no similar Senate group) for at least giving bipartisanship a try in these polarized political times.

Not new, but still needed: The House caucus actually was established in 2014, in conjunction with No Labels, an advocacy group that encourages bipartisanship.

The need for a concerted hands-across-the-aisle approach to legislation, however, is even more critical as tensions and tempers have risen following the caustic 2016 presidential election campaign.

So far, the Problem Solvers group in the 115th Congress counts 40 or so Republican and Democratic Representatives as members.

The caucus is led this Congressional session by co-chairmen Reps. Josh Gottheimer, a Democrat from New Jersey, and Tom Reed, a Republican from New York.

"There is real power in members coming together across the aisle to find opportunities to work together and move America forward," said Gottheimer in a statement after being selected as caucus co-chair.

"It's a new day in Washington and now is the time for us to work together with new energy to get things done for the American people," added Reed in that same statement.

All of the caucus' leaders are from competitive House districts, which is probably why they are more attuned to trying to see things from the other side's point of view.

One victory, pushing for more: The Problem Solvers Caucus points to its members' work to secure the agreement to keep Uncle Sam offices open through fiscal year 2017 as its first victory.

They are hoping to soon notch a couple more.

In February, the caucus sent a letter to Donald J. Trump asking for a sit-down with the commander in chief to discuss the role that Problem Solvers can play "in building consensus to advance common sense legislation," specifically with regard to tax form and infrastructure construction and repair efforts.

The Problem Solvers' chairmen reiterated their desire to achieve those goals in a follow-up statement issued this week:

"The Problem Solvers Caucus is eager and ready to engage with all stakeholders in the important work on comprehensive tax reform. We believe smart, targeted infrastructure investment tied to a tax reform package could garner significant bipartisan support. This would be a win for the American people by delivering a lower competitive tax rate regime producing growth, while at the same time fixing our crumbling infrastructure without burdening future generations."

As I said, I tip my hat to their enthusiasm.

And I hope that the group and its members' bipartisan approach to helping their constituents and our country soon expands to even more House members and the Senate, too.

Good to hear of this "caucus". We are quickly becoming a third-world nation: no health care for poor, elderly, self-employed, sick. No birth control, pre-natal support, child care assistance, budget for education. Laws that encourage pollution and poor safety standards and bad air and water. Decaying infrastructure, decrepit mass transit systems. Out of the Paris Accord, alienation from our allies in Europe, becoming "friends" with strong-man dictators who kill their opponents (I say "THAT would not be possible in U..S." but I can't believe we've fallen so far, so fast in 4 months so maybe it IS possible?). Steal from the poor to give to the rich.

Hopefully, these representatives will drop the ideology and approach the problems practically. Hopefully, they will be able to inject some heart and soul into the issues and actually get their colleagues to do their jobs to solve the nation's ailments.

"House Problem-Solvers Caucus" - That's what my husband and I should call ourselves.

"No toilet paper? Don't worry, The House Problem-Solvers Caucus is eager and ready to engage!" The kids will be so impressed.