"It" is apparent disregard by some private debt collectors of the rules established in connection with the collection agencies' latest congressionally mandated foray into federal tax collection. 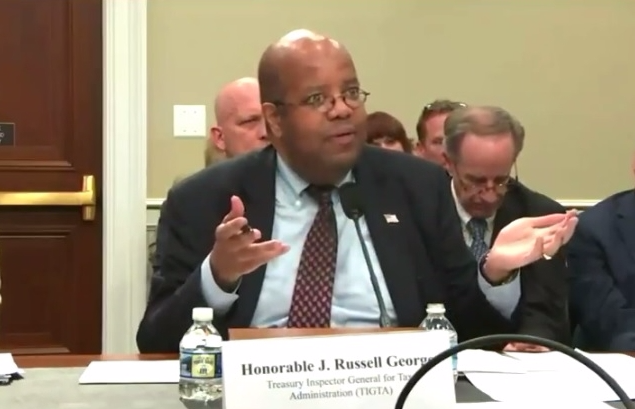 Payment plan limits: There is a statutory limit as to how long an Internal Revenue Service installment loan is available, George told Representatives at a May 23 hearing of the House Appropriations Financial Services and General Government Subcommittee, "and we are finding initially that these debt collectors are not abiding by that."

George did not provide any additional details to the House panel. But the mere fact that the federal office charged with oversight of the IRS already has concerns about the private tax collectors is, well, concerning.

The instructions for Form 9465, which is used to request a monthly installment plan, notes that "The maximum term for a streamlined agreement is 72 months."

The payment period was extended in 2012 as part of the IRS' Fresh Start program, which was created during the recent recession to help taxpayers facing financial difficulties in addition to tax troubles

Under those changes five years ago, the tax collector made it easier for taxpayers who owe to get a payment plan. The streamlined application process made available to those with delinquent taxes of up to $50,000. That doubled the tax debt amount allowed for quick creation of a payment plan.

The IRS also extended the payment period, allowing individuals with larger tax bills to stretch their installment payments out for up to 72 months. Previously, 60 months was the maximum payment plan length.

Spotty PCA tax collection history: While George did not offer any details on just how private collection agencies, or PCAs as they typically are referred to in the tax world, were pushing the payment plan boundaries, it's worrisome that there are problems this early in the latest private tax debt collection effort.

The current requirement that the IRS use PCAs was included in the Fixing America's Surface Transportation Act signed into law in December 2015. It's been underway for about two months.

The IRS has twice before tried private bill collectors to bring in overdue tax payments. Those earlier efforts were halted when they failed to bring in the expected revenue. There also were complaints by taxpayers of harassment by the previous collection agencies' employees.

Current PCA rules: The current law instructed the IRS to select private collectors to go after certain overdue tax accounts that that are listed as inactive. These are cases where IRS employees are no longer pursuing the unpaid federal tax bills.

Certain other accounts were declared off-limits for the current PCA effort. These include situations where a taxpayer is:

When employees of the four collection agencies authorized to handle taxpayer accounts discover they have been given one that falls into any of the 10 excepted tax delinquency situations, they're supposed to return that case to the IRS.

And before the bill collectors started calling, the IRS and the collection agents sent letters to the taxpayers whose federal tax accounts were turned over to private collection. The idea was that the pre-call written communication would let folks know that the subsequent collection call is legitimate. Folks who didn't get a letter, but did get a purported collection call, would know that the call is fake and possibly a scam.

But as Robert Burns might have penned had he been a tax geek, the best laid plans of the tax man often go awry.

Troubled TIGTA: George told lawmakers last week that TIGTA is reviewing implementation of the current PCA effort. He also noted that the prior private tax collection actions were mixed at best, and in fact generated more negative than positive reports.

George said that so far in the 2017 iteration of private tax collection, TIGTA has found three areas that need attention.

"For years we've told people that the IRS would not initiate phone calls to taxpayers, and lo and behold this private debt collectors program is initiating tax-related phone calls," George said. The IRS and debt collection agencies sent affected taxpayers letters before the calls were made, but George said "it's only a matter of time before the bad guys adapt their procedures" to circumvent current identity theft scam safeguards.

I agree with George. This latest PCA program is a bad idea, one that appears to be motivated by a handful of Senators and Representatives because it creates a few jobs in their states and districts and — POLITICAL CYNICISM ALERT! — probably some additional campaign contributions from the agencies' corporate leaders.

Based on prior experiences and early reports of the 2107 program, it's likely to be a third lose-lose for taxpayers and the IRS.