Federal tax reform is still a ways off, but the prospect of an Internal Revenue Code rewrite already has prompted Oklahoma to change one of its tax laws. 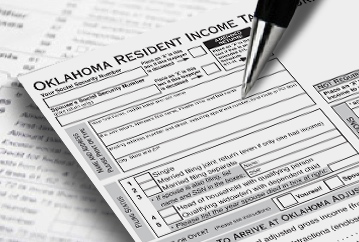 The reason for the change? If the Trump Administration's proposal to double the federal standard deduction eventually becomes part of the tax law of the land, Oklahoma stands to lose a lot of tax revenue.

Federal, state tax ties: Oklahoma's tax system, like that of many states with income taxes, is closely connected to taxpayers' federal filing data.

In the 41 states and Washington, D.C., that currently tax their residents' incomes, those state filings to a large degree conform to many features of the federal tax code. They use similar definitions of what is considered income, what can be deducted and how certain tax transactions are treated.

And in Oklahoma's case, that includes tax laws that automatically change when there are adjustments, such as the annual inflation tweaks, to the federal code.

Conscious tax decoupling: That's why H.R. 2348 was introduced in the Oklahoma House. It separates the state's standard deduction amount from that used on returns sent to Uncle Sam.

The bill moved quickly through the state legislature, narrowly passing in the House on May 2 and getting overwhelming support of the state Senate two days later. Fallin signed the measure into law last week.

Budget benefit, but at what cost? In debating the change, supporters of the decoupling characterized it as a "safety measure" that will help raise new revenue and fill a projected $878 million hole in Oklahoma's budget by raising an estimated $4.4 million.

Many states are struggling with similar fiscal shortfalls. As the federal tax reform process progresses, it will be interesting to see how many decide to follow Oklahoma's example and separate themselves from the federal tax code on budgetary grounds.