How does your state and local tax deduction compare?

If you're like me, you're probably spending your Sunday perusing the possibilities for tax code change under the Trump Administration's recently announced plan. 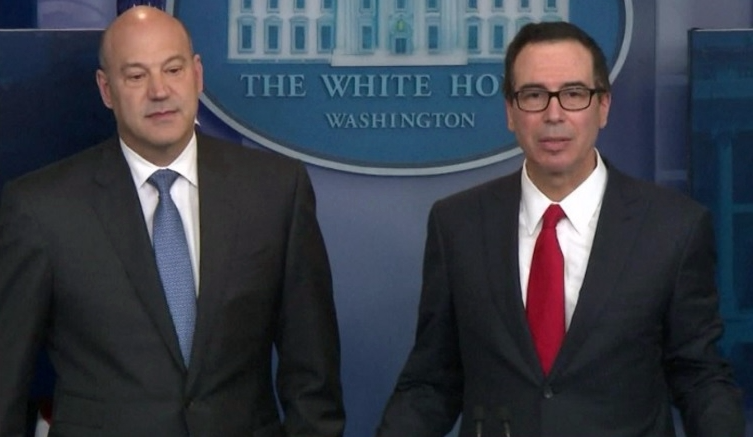 The document — officially titled "2017 Tax Reform for Economic Growth and American Jobs" and officially subtitled "The Biggest Individual And Business Tax Cut in American History" — really is more of an outline.

Of course, the list also includes repealing the estate tax, which seems contradictory to the first goal since the estate tax affects only the richest U.S. residents. But that's for another blog post.

The White House has been vague about just what tax breaks it has in its sights. That's led to much concern and consternation among folks, many of whom don't consider themselves rich, about what tax breaks they might lose.

State and county effects: The Tax Foundation has been examining potential effects of Trump's tax plan. One of its analyses looks at which places in the United States currently benefit most from state and local tax deductions.

The Washington, D.C.-based tax policy group's research includes a cool interactive map so you can get an idea of where your county comes out when it comes to state and local write-offs on federal tax returns. 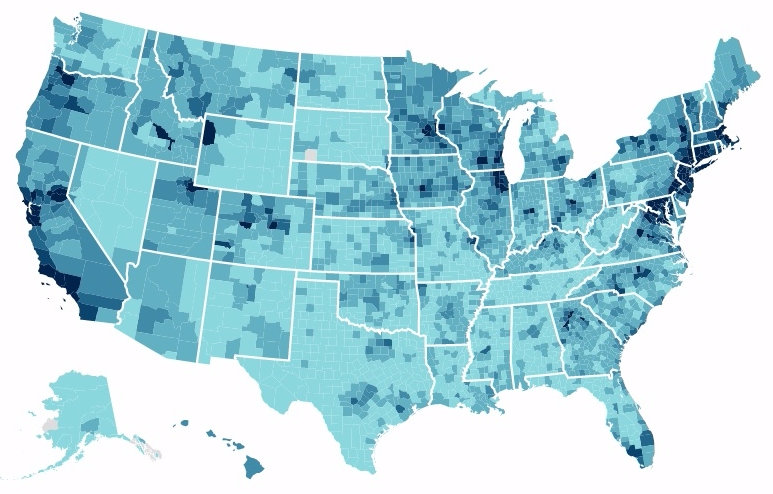 The darker the blue, the larger the tax amount claimed.
Click on the image to go to the Tax Foundation's interactive map.

The Tax Foundation's figures for each jurisdiction are the mean deduction amount taken per return. In other words, the tax policy group took the total of all of the deductions for state and local taxes and divided by number of returns filed.

"The results show that the benefits of these deductions vary substantially from county to county," writes Alan Cole, an economist with the Center for Federal Tax Policy at the Tax Foundation.

Texas tax deduction surprise: We don't pay any state or local income taxes here in Texas, but our sales taxes are federally deductible. So are our real estate taxes.

Personally, that annual Travis County property tax amount is the biggest Schedule A claim we take every filing season. We are not alone.

Every year when the property appraisals and subsequent tax bills based on those amounts go out, the local media is full of anguished tales of homeowners who, despite the federal tax break, say they are being priced out of their properties by high county taxes.

So I was stunned to discover that Travis County was not tops in tax claims for Central Texas. The average state and local tax amount claimed here per the Tax Foundation's map is $2,584. But Kendall Country residents to the southwest had a tax claim of $3,459.

Maybe the hubby and I should look into moving to my namesake county of Bell, two counties northeast, where the mean tax claim was just $863.

West, East coast higher deduction costs: However, all my Lone Star State neighbors and I have no real room to complain. We could live in California, Connecticut, New Jersey or New York.

I've visited all of those states. They were wonderful places. And I am sure there are many, many reasons to live full-time in those locales.

Of course, these are averages. Taxes are intensely personal, so yours, even in a generally high-tax place, could be much lower.

And, as Cole notes:

"It is unclear which kinds of taxpayers would see their tax bills increase or decrease as a result of the president’s plan. There are many tax cuts in the plan, some of them for the same kind of wealthy filers these deductions typically benefit. However, it is clear that the distribution of this particular tax change would vary with geography."

So keep an eye on what happens with tax reform in the coming months. And just in case, keep a moving company's number handy.