Most Obamacare attention this week has been on the been on the revised Congressional Budget Office estimates that show the GOP bill to repeal and replace the Affordable Care Act would cause fewer people (only 23 million vs. 24 million) to lose coverage, but at a higher cost ($31 billion more than the March version of the bill) to Uncle Sam's bottom line.

But at the same time, nuts and bolts work on the American Health Care Act, or AHCA as the Republican bill is known, also continued at the Congressional committee level. 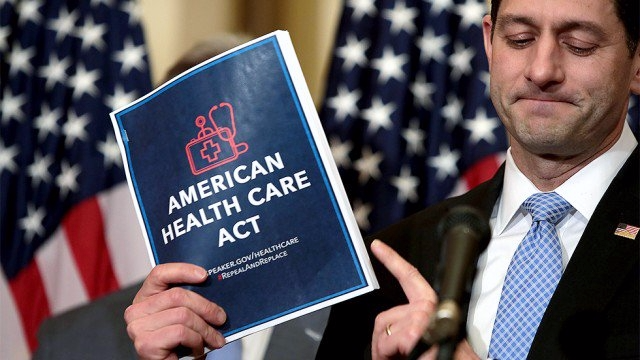 On Wednesday, May 24, health care wonks and political geeks began parsing the Congressional Budget Office's latest analysis of the AHCA. But the day before, the House Ways and Means Committee cleared three bills to tweak the legislation.

Repeal and replace steps: Why is the House's tax-writing panel still working on health care since Senate leadership has said it will totally re-do AHCA?

"As we have said throughout this effort, repealing and replacing Obamacare must be done through a step-by-step process," Ways and Means Committee Chair Kevin Brady (R-Texas) said in his opening statement. "As the Senate now considers the AHCA, we are pushing forward on a parallel track to advance legislation that protects and expands Americans' access to patient-centered care."

These bills are part of the final of three steps outlined by Republican House leadership to repeal and replace Obamacare.

The first two steps were passage of the AHCA, which is underway (sort of), and regulation modifications issued by Health and Human Services Secretary Tom Price to the ACA.

AHCA refinements: So what would the three bills approved by the full Ways and Means do?

The VETERAN Act (H.R. 2372), sponsored by Rep. Sam Johnson (R-Texas), would codify an existing regulation that ensures veterans who are not already enrolled in and receiving health insurance through the Veterans Administration have help to purchase coverage on the individual insurance market.

The Broader Options for Americans Act (H.R. 2579), Rep. Pat Tiberi (R-Ohio), would expand options for certain individuals who lose their jobs by allowing them to access AHCA tax credits. Other provisions in the bill apply to those in similar circumstances who work at churches or other houses of worship.

The Verify First Act (H.R. 2581), sponsored by Rep. Lou Barletta (R-Pennsylvania), would tightens verification requirements to ensure the subsidies under current law and tax credits under the AHCA aren't dispensed until the legal status of an eligible recipient is verified by a valid Social Security number. Bill supporters say the legislation is not aimed at any particular group of people, but rather targets fraud and abuse in ACA tax credits.

No Democratic support: As has been the unwritten rule in dealing with health care changes, the three bills cleared the mark-up along party lines. In fact, attempts by Democrats to amend the Republican written bills were blocked.

In his statement preceding the mark-up, ranking W&M member Rep. Richard E. Neal (D-Massachusetts) referred to AHCA as Trumpcare and called the measure "nothing more than a tax cut disguised as a health care bill."

And the verification bill, Neal said, "would essentially address a non-existent problem regarding Social Security numbers. However, it would make it more difficult for certain Americans — infants and domestic violence victims — to acquire health coverage."

Neal apparently is banking on the GOP-controlled Senate to address his concerns, as he closed his opening statement with the suggestion that "if Republicans are serious about addressing middle-class American health care needs, they would go back to the drawing board and start over."

Thank you for another fantastic posting. Where else could anyone get that kind of information in such a perfect way of writing? I have a speech next week, and I was looking for more info.
http://www.juegosfriv2019.org/park-a-lot-3.html

This would cover 5 percent of the 21 million individuals who would lose coverage upon the repeal of Obamacare and almost double the number of Americans without health insurance.