During the three-day event, which runs until midnight Monday, April 24, no state or local sales tax will be collected on certain emergency preparation supplies.

Portable generators like this sure come in handy when natural disasters disrupt regular power sources.

Tax-free purchases these next three days include:

There's no limit on the number of qualifying items that Lone Star State shoppers can buy tax-free during the holiday. The Texas Comptroller's website has a complete list of emergency supplies that are tax-free for the next three days.

The good news was that Arlene's path posed no threat to any populated areas before it dissipated Friday, April 21, afternoon.

The early formation of an Atlantic tropical system, however, raises the question of what that could mean for the coming Atlantic Ocean-Gulf of Mexico hurricane system, which doesn't officially start until June 1. 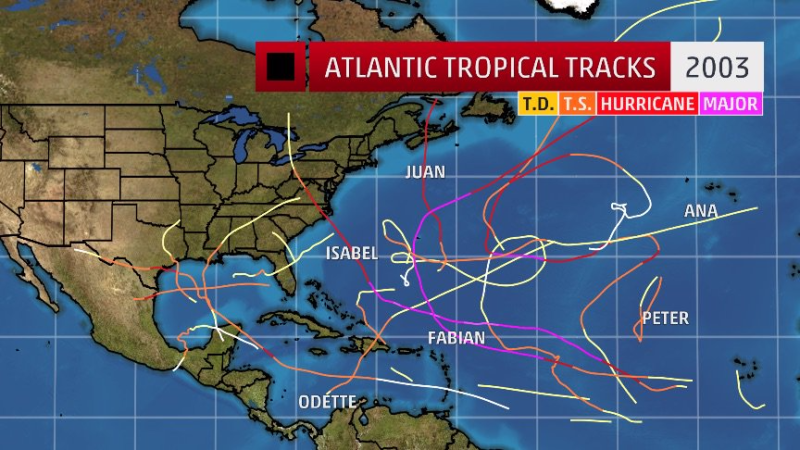 Arlene was the first tropical storm in the Atlantic in April since 2003. This image from The Weather Channel shows the storms that developed that hurricane season 14 years ago.

Not a storm season omen: Storms that form early in the year outside of the deep tropics do not necessarily foreshadow a busier hurricane season, Phil Klotzbach, a hurricane researcher with Colorado State University (CSU), told The Palm Beach Post.

"Generally, activity before August 1 doesn't correlate with the remainder of the season," Klotzbach said. "The only exception is if we get tropical cyclone activity in the deep tropics prior to August 1. Then, look out. It's probably going to be a very active season."

We'll have to wait to see how many of the remaining storm names listed below will be assigned in 2017.

Numbers alone not a problem: But the standard hurricane season castigation remains. It doesn't matter how many storms develop; it only matters how many make landfall.

In 1992, only six named storms and one subtropical storm formed. But one of those named storms was Hurricane Andrew, the Category 5 that devastated South Florida.

The 2010 hurricane season, however, was quite active. Nineteen named storms and 12 hurricanes formed in the Atlantic Basin, but not a single hurricane and only one tropical storm made landfall in the United States.

Get ready early: While it's impossible to precisely predict where storms will form or hit, it's critical that everyone living in areas where storms could land be prepared.

So sales tax holiday or not, be sure you stock up on hurricane supplies and create your disaster survival kit before the next storm forms.

The ol' blog's special Storm Warnings page has a section with links to more storm prep posts, as well as additional tax and other information related to all types of natural disasters.

As Texas Comptroller Glenn Hegar noted in announcing the state's tax holiday, "Unfortunately, we can't predict when the next fire, flood or tornado may strike. But we can be prepared."