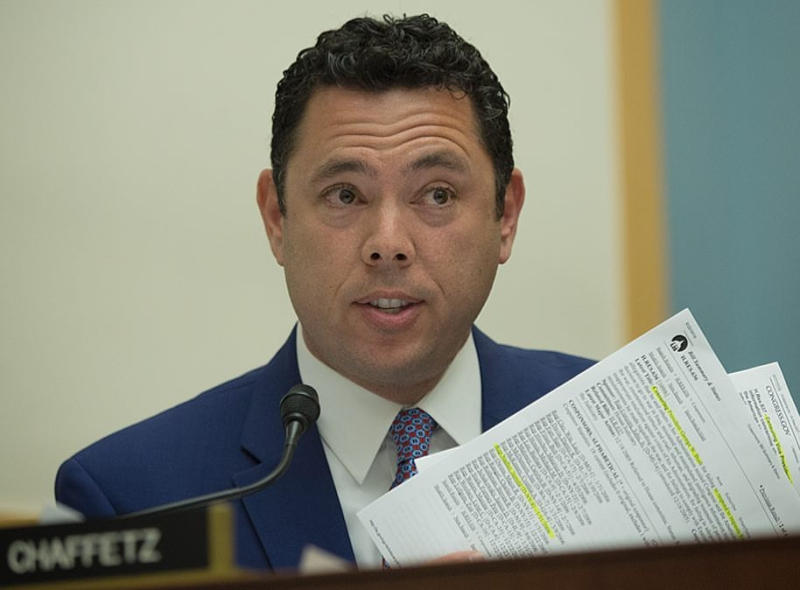 Since Rep. Jason Chaffetz announced on April 19 that he won't seek reelection in 2018 and then the next day suggested he may even leave before his term ends, there has been much speculation as to what this might mean for additional Congressional investigation into possible questionable ties between the Trump Administration and Russia.

Chaffetz is, after all, chairman of the House Oversight and Government Reform Committee, which is one of the Capitol Hill panels with jurisdiction over the international conflict of interest questions.

To many, Chaffetz, a Utah Republican, seemed reticent to dive into such inquiries, although today he and ranking minority member Rep. Elijah Cummings (D-Maryland) said Donald Trump's former national security adviser, Michael Flynn, did not properly disclose payments from Russia and might have broken the law in applying for his security clearance.

What about the IRS? But less has been said about what might happen to another person under Chaffetz scrutiny — Internal Revenue Service Commissioner John Koskinen.

Chaffetz has been trying to boot Koskinen from his IRS office since July 2015.

Chaffetz and a group of fellow Republicans say Koskinen should be held responsible for IRS actions in improperly reviewing applications by conservative groups for 501(c)(4) nonprofit status. Those questionable application assessments were revealed in May 2013, well before Koskinen took the IRS post. He was, in fact, hired to make sure the mess was cleaned up and procedures put in place to prevent it from happening again.

But some House (and Senate) Republicans contend that Koskinen hampered lawmakers' efforts to recover lost emails sent by former IRS executive Lois Lerner, who was head of the division charged with evaluating and granting the tax-exempt requests at the time of the improper application reviews.

That, say Koskinen opponents, makes him just as culpable in what has become known as the IRS/Tea Party Scandal.

Censure, but no impeachment…yet: The Lerner emails were a key factor in the IRS chief's censure by the Oversight Committee. So far, however, Koskinen has escaped full impeachment.

Koskinen's term ends in November, but the question of whether he will serve out the remaining months still comes up on Capitol Hill, most recently during his April 6 appearance before the Senate Finance Committee to discuss the current tax filing season.

Koskinen said then that he planned to stay.

Will Chaffetz, as he winds down his tenure in the House and as head of the Oversight Committee, let up on his Koskinen, particularly if the panel now takes a more active role in examining Russia-Trump connections?

Or will Chaffetz try to cap off his chairmanship by going full bore after the IRS commissioner one more time?