People who live in storm ravaged areas of Georgia, Louisiana and Mississippi have enough to worry about, so the Internal Revenue Service says they don't have to worry about filing their taxes next Tuesday.

Neither do U.S. military personnel who are in combat zones. 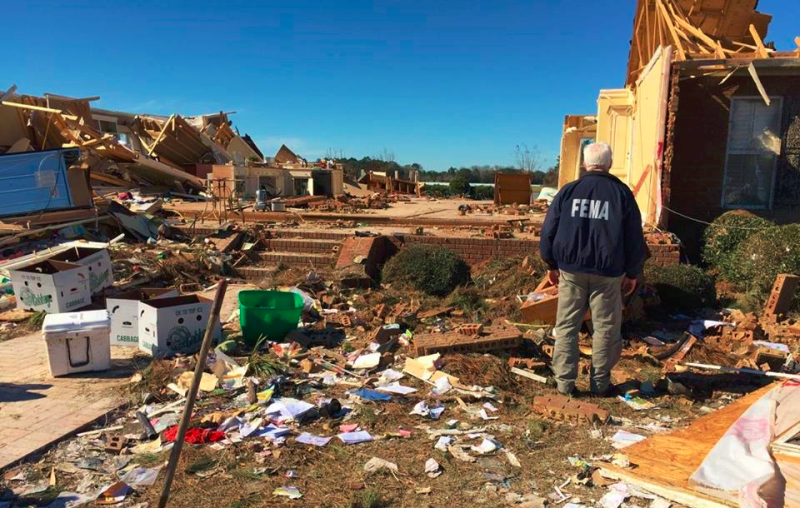 That's good news for folks in parts of Georgia, who were hit by tornadoes and high winds in late January, and Mississippi, who sustained damages from tornadoes, winds and flooding in storms around that same time.

Instead of facing the April 18 due date for their 2016 returns, affected Peach State and Magnolia State taxpayers have until May 31 to file and pay any due 2016 federal taxes.

Some Louisiana taxpayers have longer, until June 30, to file and pay their taxes. These are the folks who were in the path of severe storms, tornadoes and straight-line winds that hit the southern part of the Pelican State on Feb. 7.

If you live in any of the disaster areas in Georgia, Mississippi and Louisiana, you don't have to mess with sending in Form 4868, Application for Automatic Extension of Time To File U.S. Individual Income Tax Return. The IRS is automatically providing you extensions. It knows who's in the areas by the addresses on their returns.

Not just residents: The IRS' extensions also apply to other tax-related actions, notes the IRS, including the deadline for contributing to an IRA, either traditional or Roth.

And the tax relief in these areas also includes extensions for relief workers who traveled to the areas declared major disasters by the Federal Emergency Management Agency (FEMA) to help residents recover, as well as businesses in the disaster areas and anyone whose tax records are located in the FEMA-designated locations.

That's not just out of the goodness of the Georgia, Mississippi and Louisiana tax departments' hearts.

It's because state tax laws and particularly the annual filing of state returns are tied to their residents' federal filings.

Combat Zone taxpayers: Special tax filing rules apply to members of the military and eligible support personnel who serve in a combat zone. These taxpayers have at least 180 days after they leave the combat zone to file their tax returns and pay any taxes due.

This filing season, says the IRS, this includes those serving in Iraq, Afghanistan and other designated combat zone localities listed, starting on page 13, of IRS Publication 3, Armed Forces' Tax Guide.

Combat zone extensions also give affected taxpayers more time for a variety of other tax-related actions, including contributing to an IRA.

Various circumstances affect the exact length of the extension available to any given taxpayer who's serving in the U.S. armed forces. You can find details, including examples illustrating how these extensions are calculated, the Extensions of Deadlines section in Publication 3.

Foreign-based filers get more time, too: Other folks who aren't in such stressful situations also get more time to file. However, this extension applies only to time to get their forms to the IRS.

If taxpayers abroad don't pay any tax they owe by the April deadline, interest will start accruing against the balance that Uncle Sam receives after April 18. Currently, that's a 4 percent annual rate, compounded daily.

U.S. taxpayers living outside the country can find more on the tax rules that apply to them in see IRS Publication 54, Tax Guide for U.S. Citizens and Resident Aliens Abroad.