The scoop on paying estimated taxes

Every journalist, regardless of his or her beat, follows a time-honored template in crafting stories. Each article should tell readers the who, what, when, where, why and how of the selected topic.

Answers to those six questions are perfect for detailing the intricacies of estimated taxes. 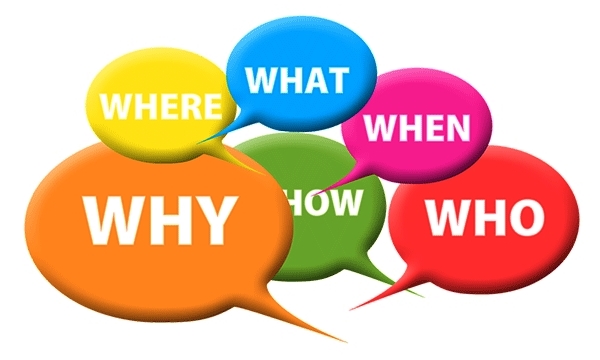 The first estimated tax payment for the current tax year is due every April on the same day that our annual tax returns must be filed. Yep, that means next Tuesday, April 18.

With that tax double due date looming for some, here are the answers to the 5 Ws and 1 H of estimated taxes.

What are estimated taxes?
The U.S. tax system is based on Uncle Sam getting his cut as your earn your money. That's what happens when you have a job and taxes are withheld from your paychecks to cover your income and payroll taxes.

If, however, you are in business for yourself, either full-time or by working some side gigs to earn a few extra dollars, that money isn't subject to withholding. Instead, the federal government gets your taxes on these earnings through estimated tax payments.

Estimated tax also is used to pay not only income tax, but other taxes such as self-employment tax and alternative minimum tax.

Who has to pay estimated taxes?
You do if you're earning, as noted in the previous "What?" section, money that doesn’t have taxes withheld. This generally means sole proprietors, partners and S corporation shareholders who expect to owe tax of $1,000 or more when they file their annual tax returns.

But job compensation isn't the only income source that triggers estimated taxes.

Folks who receive any money that doesn't have tax withheld — such as investment earnings (interest, dividends and capital gains), alimony and prizes and awards — need to pay estimated taxes on those amounts.

And estimated tax requirements are different for farmers and fishermen. If that's your job, you can find more on these special estimated tax rules in IRS Publication 505, Tax Withholding and Estimated Tax.

Why should you bother with estimated taxes?
Filing taxes and possibly paying the U.S. Treasury more every April is bad enough. Why, I hear you asking, do I need the hassle of these added tax tasks?

Because if you don’t pay enough tax through withholding and estimated tax payments, the Internal Revenue Service could slap you with a tax underpayment penalty.

You also could face another penalty if your estimated tax payments are late. This could happen even if you are due a refund when you file your tax return.

So while it is a pain to figure and pay estimated taxes, it's worse to have to pay money over and above the taxes you owe.

When are estimated taxes due?
OK, you're reconciled to making estimated tax payments. Now you need to make sure you get them in on time.

The most common (and IRS preferred) way  for you to pay your estimated taxes is to make an as accurate as possible calculation of what they'll be and send them to the federal tax collector in equal payments four times a year. That earns 4 this week's By the Numbers honor.

The table below can help you mark your 2017 calendar for this year's estimated tax payments.

As the asterisk above notes, the dates change for calendar situations. That means this year the first payment is due April 18. The middle two are on target. But the final estimated tax payment for 2017 must be sent by Jan. 16, 2018, since the 15th is the Martin Luther King Jr. Day federal holiday.

If your income that is subject to estimated taxes fluctuates during the year, you still need to make the estimated payments on the due dates, but they don't necessarily have to be four equal amounts. You can make what are known as annualized income estimated payments, which means you pay taxes in the quarters where you actually made the money.

This is effective, for example, for folks whose earnings are seasonal, such as a lawn work where you have more spring and summer clients. It also helps folks who get unexpected earnings from their investments at the end of a tax year.

But it is more complicated, requires more precise record keeping and means you must complete another piece of tax paper, Form 2210.

How do you pay estimated taxes?
As Elizabeth Barrett Browning might have said if Great Britain had estimated taxes back in the 1800s, let me count the ways.

In today's online world, the IRS offers a variety of estimated tax electronic payment options. They include:

If you're more mobile, you can use the tax agency's app IRS2Go to access Direct Pay and Pay By Card options on your handheld devices.

Make your old-school paper payable to "United States Treasury," not to the IRS. And do not send cash.

When you pay by snail mail, you'll need to send a 1040-ES voucher with your payment. They all look like the first quarter one pictured below, and each form's deadline is clearly noted under its identifying number.

You'll need to download and print out the separate estimated tax payment voucher for each due date.

Then mail the voucher and check or money order to the proper IRS processing center. The agency spreads the work out based on where you live, as shown in this post about where to mail your 1040-ES forms.

As for the vouchers you'll mail, you can find them as well as worksheets to help you calculate your quarterly payments in the Form 1040-ES package. If you use tax software, it likely will offer you estimated tax options based on your tax data that you enter.

If you do have to make estimated tax payments, sorry about the work and money. As an independent contractor, I'm right there with you.

But I hope this scoop on the 1040-ES at least helps you more comfortably deal with these four added tax tasks.

Wow, very well written article, clear and thorough, I wish the IRS hired you to rewrite their articles!

We need to be well aware of tax and its related law. I wanted to know about tax and other tax related information, so I surfed various sites online. While searching, I found about lawyer Bechara Tarabay. The professionals can guide us very well about tax. They can also prevent us from any tax issue if it arises. It is better to have a professional guidance while dealing with taxes.