5 tips for folks submitting their tax returns by snail mail 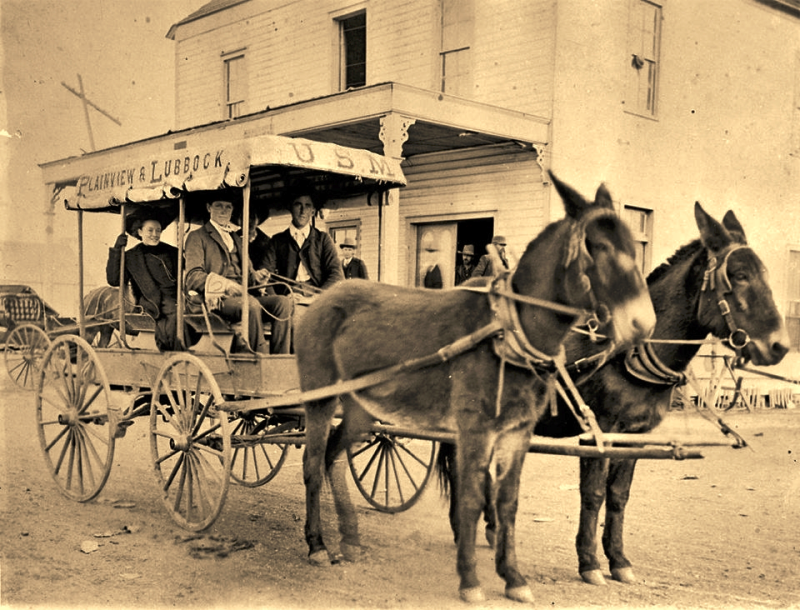 The U.S. Postal Service has evolved since the days when Texas Panhandle residents depended on mule mail. That's a good thing, since millions of taxpayers still insist on using today's postal system to send their annual tax returns to the Internal Revenue Service. (Photo courtesy of Traces of Texas via Facebook)

The 2017 tax filing season has been unusually slow. Through April 7, the Internal Revenue Service reports it had received 3.6 percent fewer tax returns than during the same time period last year.

The decrease in filings extends even to electronic returns, an area that in recent years had been growing.

The almost 95.5 million e-filed returns at last IRS count are 3 million fewer than in early April 2016. That's a 3.3 percent drop that basically accounts for the overall reduction in filing so far in 2017.

Do these numbers mean that more of us are or will be sending in our 1040s by snail mail?

Probably not. The figures more likely mean that millions of us are putting off e-filing until the last minute or getting an extension.

Committed old-fashioned filers: Still, there's a core of taxpayers who insist on using the U.S. Postal Service to submit their annual tax returns.

Even many who use tax preparation software print out their forms and snail mail them, a choice that none other than Internal Revenue Service Commissioner John Koskinen, during his recent appearance at the National Press Club in Washington, D.C., admitted "intrigued" him.

Whatever the reason, many returns will be dropped off at post offices today. If you're one of the dedicated old-school tax filers, here are five tips to make sure that your snail mailed paper tax return makes it to the IRS in good shape and on time to ensure that you don't face late-filing penalties.

1. Make sure your post office is open.
Back in the pre-digital days (yes, youngsters, they existed and many of us survived them!) at least one post office in every town stayed open past its usual closing time on Tax Day. Some of them even had tax return collection parties. No longer.

Check the U.S. Postal Service office locator for the nearest branch and then call it to find out its operating hours today. Make sure you note the time of the last outgoing batch of mail. You want to make sure that your envelope to the IRS bears an April 18 postmark. That's enough for the IRS to count your tax return as submitted on time.

Also double check the postage you need. If you're sending a lot of forms, schedules and other supporting material to the IRS, it will cost you more than one 49-cent Forever stamp. So don't be cheap.

If your return can't be delivered because of insufficient postage, your return will be late, meaning you'll face late-filing penalties.

3. Send your return to the right IRS office.
Over the last few years, the IRS has reorganized offices to make more efficient use of personnel. That means some service centers now handle returns from different parts of the country than they did previously. Check the IRS.gov page with state-by-state links on where to send your 1040.

4. Put your return address on your envelope.
If there's a problem delivering your return, this is the only way you'll get it back. Sure, your filling will be late, but not as late as it might be if there's no return address and it just sits for months (or forever!) in a dead-letter pile.

5. Be patient.
You might have more tax procrastinating neighbors than you realize. And you all might be in line at the same post office today. If that's the case, take a deep breath and deal with it graciously. At least you're in the final stretch of filing your taxes.

And if your snail mailed return results in a refund, be ready to also wait a while for your tax cash.

The IRS says most folks who e-file and have their refunds directly deposited will see their money within 21 days. Taxpayers who mail paper returns, however, could see those days turn into weeks.

That's one reason Koskinen is intrigued by snail mailers who use tax software. Maybe next year, more of them will hit "send" instead of "print."

Happy to read this very useful information. Nice and detailed explanation.
Appreciate your sharing and tweeted :)

Thanks for sharing this amazing article with us. This post is really very informative.
Thanks!

Awesome and much useful information. Nice and detailed explanation.
Thanks for sharing this excellent info and tweeted :)