Today, March 8, is International Woman Day. In addition to recognizing women's contributions, some people in the United States also are participating in "A Day Without A Woman," asking women to stay home from work. 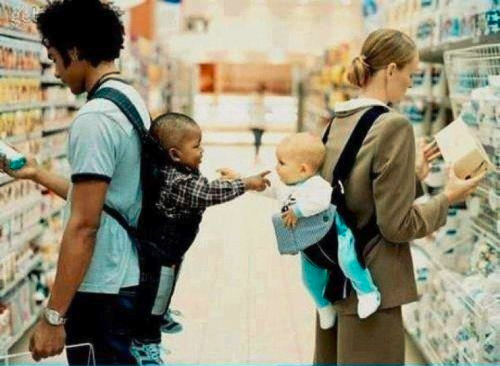 Men and women shoppers often pay different prices for essentially similar products. And yes, the higher prices, known as the Pink Tax, are on items aimed at women.

If that's not possible, which is the case for lots of folks regardless of gender, then supporters of today's added commemoration ask that women not shop to underscore our contributions to the economy.

Women's $$$ contributions: And the fiscal augmentation provided by women is substantial, both in overt and less obvious ways.

Between 1967, the first year for which data are available, and 2015, the number of women with earnings grew from 34 million to 77 million, according to a Congressional Joint Economic Committee (JEC) report issued in December 2016. After adjusting for inflation, women's average earnings increased from $17,250 to $39,400.

And while on average we still earn less than men, the increase in women's combined earnings, say JEC analysts, moves female made money from roughly $593 billion in 1967 to more than $3 trillion in 2015.

In addition to those trillions of dollars and the taxes, both income and payroll, collected on that money, women also generally pay what has been dubbed the Pink Tax.

The Pink Tax is a markup on goods and services that are typically marketed to women. 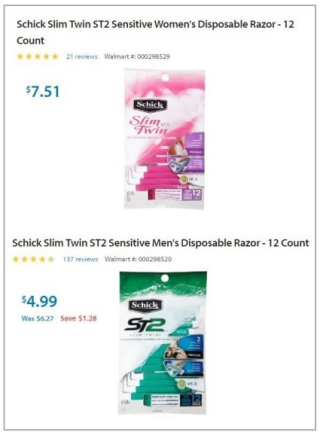 Paying the Pink Tax: The JEC report notes that examples of gender-based price disparities for goods, like the razors pictured at left, and services have been documented throughout the economy.

"This phenomenon may not constitute intentional gender discrimination," according to the JEC. "Yet the frequency with which female consumers find themselves paying higher prices for gender-specific goods and services effectively becomes a tax on being a woman."

The Pink Tax, however, extends beyond store shelves.

Studies have found that women also are quoted higher prices than men when auto shopping for a new car.

Before being outlawed by the Affordable Care Act, women have historically paid higher health insurance premiums.

And even though the Equal Credit Opportunity Act was enacted in 1974, women's expanded access to credit still can be costly. The JEC report notes that studies have shown that women are more likely than men to be denied credit, or pay higher costs to borrow. "This disparity held true regardless of income and loan purpose," according to the JEC.

Outlawing the Pink Tax: Some cities and states have taken legislative steps to lessen the Pink Tax.

These laws generally focus on exempting from sales tax the feminine hygiene products that most women must regularly purchase and which have no comparable male equivalent. The tax, say Pink Tax opponents, is particularly burdensome to low-income women.

Since this is International Women's Day, I must give kudos to countries that also have moved this direction.

In addition, a few states — notably California, New York and Massachusetts — have moved to outlaw broader gender-based discrimination in pricing for services.

Speier's bill would have made it illegal to charge men and women different prices for substantially similar consumer products and services at the national level. She got 31 cosponsors, but the measure never made it out of the House Committee on Energy and Commerce.

Laws and purchase power: Legislation is fine. Sometimes it's the only thing that will force necessary market changes.

But realistically, women and those who oppose gender-specific pricing also have substantial pocketbook power.

They can stop shopping at stores that charge noticeably large Pink Taxes. They can stop buying items targeted to female shoppers and instead purchase the same, cheaper product that's marketed to men.

When businesses see that something isn't selling, they change it.

Have you encountered the Pink Tax in your shopping? Have you chosen another product that wasn't directed at women shoppers because it cost less?