Home Table of Contents Tax Tips Credits Deductions Refunds State Taxes Politics/Laws Tax Terms Archives
When it came to tax filing, the Devil made him not do it
Springtime is energy tax break time

On April 1, Idaho residents will join the almost nationwide list of places where Amazon collects sales tax. No kidding.

That day the Gem State will become the 42nd state — and 43rd taxing jurisdiction overall thanks to Washington, D.C., being part of the group — where buyers will have to pay sales tax on purchases delivered by the world's largest online retailer. 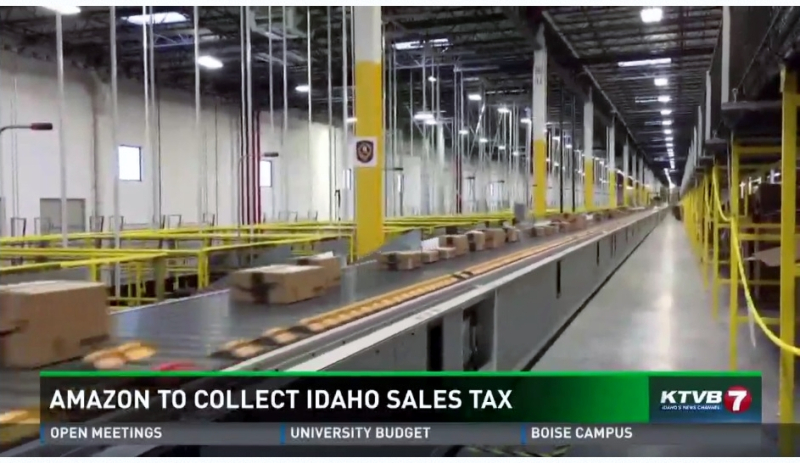 Too many taxpayers have no use for use tax: That compliance issue is one that has bedeviled state tax departments across the United States for ages.

The 45 states and District of Columbia that collect sales tax also have a companion use tax. As the name indicates, the use tax applies to items that residents buy elsewhere, either in another state or in today's online age via the internet, and then bring into — or have delivered to — the state where the buyer will use it.

Many people are unaware of their states' use tax, although many fewer that before the remote sales tax debate became a big topic even beyond the tax world.

Others know about their state's use tax, but simply don't report their purchases or pay it.

Online state sales tax expansion efforts: States have been looking at various ways to force use tax compliance. Most, however, have decided it's easier to make remote sellers collect the tax money.

Amazon at first resisted such efforts to force it to become a de facto state tax collector.

However, as the company has located more physical facilities in states, which gives the legal nexus requiring the tax collecting, it has relented. It's even opted to collect sales tax even in states where it has no real-life operations.

The hope of state tax officials is that more companies will follow Amazon's lead and also tack tax onto the purchases they send across the country.

43 tax collection locales: So just where will Amazon be adding the "tax due" line to its invoices in a couple of weeks? The table below shows the April 1 tax collection states, plus the nation's capital city.

Since 5 states don't collect a state-wide sales tax, that leaves just three where Amazon customers — and, in some cases, other cyber shoppers — won't see sales taxes added to their online invoices.

The still Amazon-tax-free states, for now, are Hawaii, Maine and New Mexico.

But for how long?