Did you hear the Amazon.com tax news? No, I'm not talking about the online retailing giant's decision to collect sales tax in all the U.S. jurisdictions that have the levies. 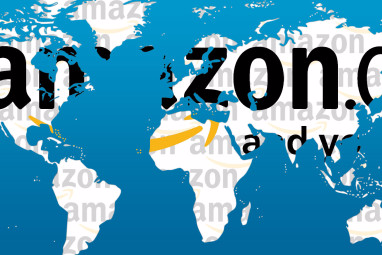 The Seattle-based company also was a big winner last week when it comes to paying tax. We're talking $1.5 billion big.

That's how much a U.S. Tax Court ruling on March 23 apparently has saved Amazon.

European location, U.S. taxes: The court decision was in connection with Amazon's creation more than a decade ago of a European subsidiary in Luxembourg.

Neither Amazon nor the Internal Revenue Service would comment on the ruling. The online retailer's potential tax savings, however, were gleaned from the company's annual report.

That document noted that the IRS was seeking to increase the company's taxable U.S. income for transactions undertaken in 2005 and 2006. Because the U.S. has a worldwide tax system, American-based companies must pay U.S. tax on earnings worldwide.

If the IRS had prevailed in Tax Court, Amazon's tax bill per its annual report would have increased by around $1.5 billion (plus interest) for just those two years. There also was the possibility that the company would have faced additional IRS bills for other tax years.

That $1.5 billion in tax savings earns this week's By the Numbers honor.

The Journal of Accountancy (JoA) explains:

Amazon granted the Luxembourg subsidiary the right to use certain preexisting intangible assets in Europe, including the software and other technology required to operate Amazon’s European website business, various trademarks, and customer lists. Under this arrangement, the subsidiary was required to make an upfront "buy-in payment" of $254.5 million to compensate Amazon for the value of the intangible assets that were to be transferred to the subsidiary and annual cost-sharing payments to compensate Amazon for ongoing intangible development costs (IDCs), to the extent those IDCs benefited the subsidiary.

Amazon used a multistep allocation system to allocate costs from its various cost centers to IDCs, noted the JoA.

Ruling adds insult to IRS injury: The IRS, however, while generally accepting Amazon's allocation method, determined that 100 percent of the costs captured in one cost center should have been allocated to IDCs.

Lauber agreed with Amazon on almost all points, finding that Amazon's methodologies were generally the best to determine the amount of the buy-in payment.

And in addition to a fiscal injury the IRS suffered in lost tax money from Amazon, the court ruling also hit the agency with an insult.

Lauber 207-page ruling — the length in large part is thanks to detailed analysis of competing experts' opinions on the useful lives of Amazon’s assets and the appropriate discount rates — also found that the IRS' determination with respect to the buy-in payment in the Amazon case was "arbitrary, capricious, and unreasonable."

The judge also agreed with Amazon's contention that the IRS "abused [its] discretion" in determining the percentage of costs that constituted IDCs.

Still facing European inquiry: While the U.S. Tax Court ruling was no doubt welcomed by Amazon, the company isn't yet clear of international tax concerns when it comes to its Luxembourg operations.

The European Commission is investigating the tax deal Amazon got for setting up its European headquarters in that small tax haven nation gives the U.S. company unfair global tax advantages.