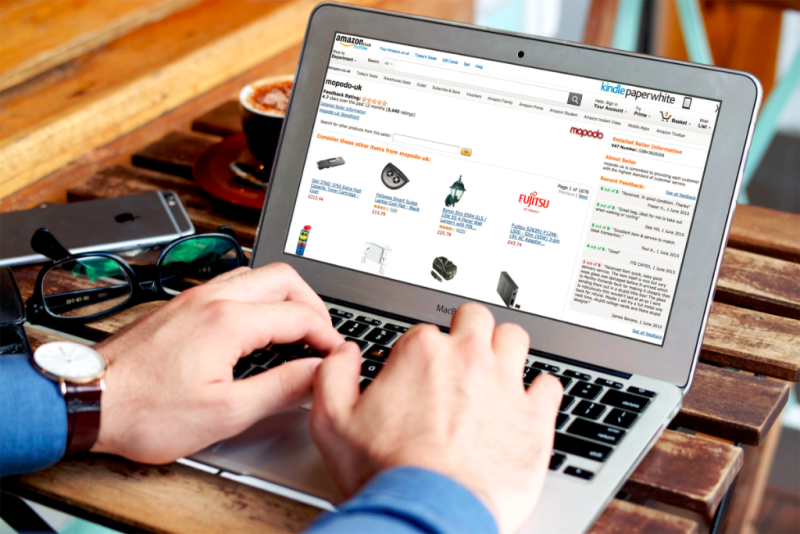 When Amazon starts collecting sales tax from internet buyers in Hawaii, Idaho, Maine and New Mexico on April 1, it will mean the online retailer will be a tax collector for all 45 states and the District of Columbia that have the levies.

No, it's not a bad April Fools' joke targeting online shoppers. On this April 1, Amazon really will start collecting state sales taxes nationwide.

The Seattle-based internet retailer already was adding the tax line to invoices in most of the 45 states and District of Columbia that have sales (or similar) taxes.

Now, final deals have been struck between the online giant and Hawaii, Maine and New Mexico. There goes my plan to have my Amazon goods shipped to my cousin in Las Cruces!

From no way to OK: Back in 2008 when New York became the first state to demand Amazon collect and remit sales tax to Albany, the online retailer challenged the law. But a series of court battles went the Empire State's way.

Amazon at first resisted, ending its connection to affiliate sellers in some states.

But the revenue-hungry states held firm for the most part. Or they opted to provide Amazon with its own tax breaks to build distribution facilities within the states. Those structures provided the necessary physical nexus required by the 1992 U.S. Supreme Court ruling in Quill.

A more recent Supreme Court decision is seen as the catalyst of this latest rush by Amazon to strike tax collection deals with the few states where it didn't collect sales taxes. In December 2016, the justices refused to hear a challenge to Colorado's so-called tattletale sales tax collection law, letting the controversial statute stand.

Under the Colorado law, companies have the choice of sending buyer info to state tax officials so they can seek applicable sales taxes from resident buyers. Or the companies can collect the sales tax and remit to the state.

When April 1 arrives, the final three — OK, it's technically four, but I blogged about the imminent Idaho sales tax online collection last weekend — Amazon sales tax-free states will be part of the tax collection ranks.

Again, I've got to remind folks who are ticked off that this is not a new tax. States with sales taxes have use taxes. These levies, which typically are the same rate as your sales tax, mean you owe the tax on an item you bought elsewhere, either physically while traveling or from a catalog or online, and brought back to your home state to use.

But since consumers are not very compliant here, states have tried for years to get the out-of-state sellers to serve as their tax collectors. In a few days, that will be Amazon with its shipments to U.S. customers.

Here's the scoop on these final additions to the Amazon tax fold.

Hawaii: Technically, Hawaii doesn't have a sales tax. Instead, it collects a general excise tax (GET) from the Aloha State's businesses. Customers, however, will tell you that they pay as retailers pass along the GET in higher prices on products.

So what Amazon will be collecting in Hawaii from will be the state's use tax. This is the tax that all state tax departments levy on items bought out of state but brought within the borders to be used by the purchasers.

In Hawaii, notes the Department of Taxation, "The use tax equalizes the tax on a transaction by requiring those acquiring goods (for example, cars, clothes, jewelry, computers, equipment, etc.) from out-of-State sellers to pay a tax at the same rate that an in-State seller would have paid in general excise tax if the sale had occurred in Hawaii."

"The state will continue to seek ways to ensure that we collect taxes already owed. The revenue will help pay for vital services for the people of Hawaii," said Gov. David Ige said in a statement about the Amazon decision.

George Gervais, Commissioner of Maine's Department of Economic and Community Development, applauded the Amazon decision in a statement as "welcome news to Maine retailers and consumers." I know a few consumers who don't agree, but ….

"Maine businesses can go toe-to-toe with the very best out-of-state companies, provided they are competing on an equal playing field. Amazon's decision to collect and remit sales tax to the state of Maine is an important first step in leveling the playing field," said Gervais in a statement about the tax collection.

Maybe the not-so-thrilled consumers will be happier if, as Gervais postulated, "The increased tax revenue could help lawmakers reduce the state's income tax burden."

New Mexico: Like Hawaii, New Mexico doesn't have a strict sales tax, but rather a gross receipts tax (GRT).

The Land of Enchantment's GRT rate varies throughout the state, ranging from 5.125 percent to 8.6875 percent. The differences are because the total rate is a combination of state, county and, if applicable, municipal levies where businesses are located.

New Mexico businesses pay the total GRT to the state, which then distributes the counties' and municipalities' portions to those jurisdictions.

The New Mexico Taxation and Revenue Department says Amazon's decision to start collecting the tax will likely bring in "tens of millions" of dollars to the state.

New Mexico lawmakers recently had been moving a couple of bills to require remote retailers to collect tax from customers. It's not clear whether that legislation was the catalyst for Amazon's decision.

Consideration of the tax bills will continue, though, as Amazon isn't the only online seller operating in New Mexico.

There's also speculation that Amazon's decision could be in advance of the company opening a distribution center or other facility in New Mexico.

"That’s what we're most excited about," Ben Cloutier told the Albuquerque Journal. "The potential is there for more growth and not just the immediate revenue impact."

While Amazon is the largest online retailer in the world, it is not the only one. So look for states to continue their legislative efforts to force other remote sellers to join Amazon tax collection ways.

How long has Amazon been collecting sales tax in your state? Has it made a difference in your online shopping?