Could you use $763? The IRS could have that much or more just waiting for you.

It's yours as long as you don't miss the 2013 tax return tax deadline. 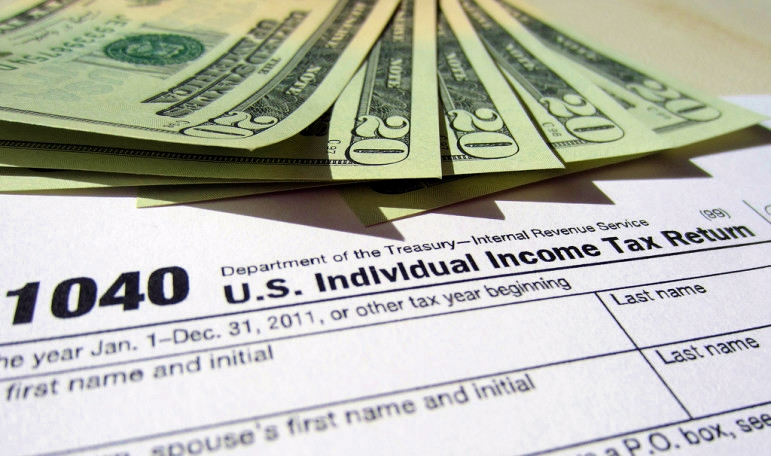 Nope, that's not a typo. More than 1 million taxpayers didn't file their federal returns three years ago and that oversight has left the Internal Revenue Service holding more than $1 billion in unclaimed refunds.

If some of that money is yours, the IRS wants to send it to you.

If you don't file for your unclaimed refund by that date, then by law the U.S. government gets to keep your money.

Smallest, biggest possible checks: Of the $1.06 billion sitting in the U.S. Treasury, the median amount of tax year 2013 unclaimed refunds is $763. That means that half of the checks will be less than that, but half will be more

The smallest median potential refund amount is $619. That amount goes to Idaho nonfilers in 2013.

Other states where late filers could get $600 or more are Arizona, California, Colorado, Georgia, Michigan, North Carolina, Oregon, South Carolina, Utah and Wisconsin.

I don't know about you, but I wouldn't refuse more than 600 bucks!

Alaska and Wyoming residents are at the top end of 2013's unclaimed refunds. Both state's break the $900 mark, with the Last Frontier's median refund from three years ago hitting $917 and the Cowboy State's median unclaimed tax check is close behind at $911.

Now I definitely wouldn't turn down almost a grand from Uncle Sam.

Most negligent, diligent filers: As for actual amounts of nonfilers three years ago, my fellow Texans are once again the least diligent filers. There were 104,700 of us in 2013 who didn't send the IRS a tax return.

Now I know there are lots of tales about all the rich ranchers and oil rig owners in my native Lone Star State. Thanks, J.R.

But that's a myth. There are more of us who definitely could use any and all amounts of unexpected cash.

Overall, my nonfiling neighbors account for almost $116 million in tax year 2013 unclaimed refunds. If these Texans get their filing acts together by April 18, they could be the owners of one of the state's potential median refund checks of $829.

Vermont also was a repeat winner, relatively speaking, as the home to the most conscientious tax filers. Just 2,000 folks there failed to fill out a refund-producing federal tax return three years ago.

The Green Mountain State's total unclaimed refund amount from 2013 is almost $1.9 million, with a median potential refund of $747.

Yes, I know that there are a lot more people living in Texas than in Vermont, so the raw numbers are not necessarily the best number to use in gauging federal tax filing habits. But those are the figures the IRS provides.

You can see where your state stands in the ol' blog's special web page showing the state-by-state breakout of 2013 tax year unclaimed refunds.

Why folks don't file: Sometimes people get busy and simply don't get around to sending their returns to the IRS. Others think their refund is too small to mess with filing a 1040. (If that's you, let's talk!)

Some people don't even know they might be due a refund. That's why even if you aren't legally required to do so, it's sometimes a good idea to file a tax return anyway.

Whatever the reason, the IRS wants you to come and get your cash and soon.

"People across the nation haven’t filed tax returns to claim these refunds, and their window of opportunity is closing soon," said IRS Commissioner John Koskinen.

And if you're still hesitant to file now because you're worried about facing sanctions for not filing a return three years ago, don't be.

"Remember," noted Koskinen, "there's no penalty for filing a late return if you’re due a refund."

Three-year window closing: But you have to do so by April 18.

The deadline is not just the IRS setting a time. It's the law, which says that if no return is filed to claim a refund within three years, the money becomes the property of the U.S. Treasury.

By then, 2013 forms must be filled out -- by hand as there's no e-filing of old returns -- properly addressed, and in the U.S. Postal system in time to be postmarked by April 18.

You can download prior year tax forms and instructions at IRS.gov's forms and publications page or call toll-free 1- 800-829-3676.

If you need old W-2, 1098, 1099 or 5498 forms to fill out your 2013 tax return, request copies from your employer, bank or other payer. If you can't get these documents that way, try the IRS' Get Transcript Online tool to obtain a Wage and Income transcript. You also can file Form 4506-T to request a transcript of 2013 income and use that information to file the old tax return.

Also double check that you filed your taxes for the 2014 and 2015 tax years. If you didn't, your belated 2013 refund claim might be held.

In addition, your old refund amount could be reduced if you owe any amounts to the IRS or other federal agencies, such as for a student loan, as well as have debts to a state tax agency for such things as unpaid child support.

Annual issue: As unbelievable as it may sound, unclaimed tax refunds are common. I've been writing about this tax phenomenon as long as I've been blogging.

And if in 2013 you lived in a state that has an income tax, chances are that if you overlooked your IRS filing, you also missed sending in your state return. Check with your state tax department about what you need to do about that oversight.

The extra (and old!) tax-filing effort could be quite rewarding.