Will we hear "Houston, we have a problem" during Sunday's Super Bowl LI in H-Town?

Oddsmakers say yes, there is a good chance we will hear that NASA-related phrase (popularized by the movie Apollo 13, but not actually uttered during the real ill-fated 1970 mission) during the NFL championship game's live broadcast. That's just one of the prop bets being wagered on Sunday's (Feb. 5) matchup between the New England Patriots and Atlanta Falcons.

Total wagering take: Overall, more than $100 million is expected to be wagered on Super Bowl LI at Nevada sportsbooks. The Silver State is still the only location where betting on sports is legal.

It's the biggest single betting day of the year.

And while the big bet is on which team will hoist the Lombardi Trophy -- odds favor the Pats, to win or at least cover the spread -- there are plenty of other wagers to be placed.

Yes, as noted earlier, I'm talking about the annual Super Bowl prop, short for proposition, bets. Here bookmakers will take your money a wide variety of actions that often are just tangentially related to football.

Joe Osborne of OddsShark has compiled a list of 51 prop bets (I see what you did there, Joe; Super Bowl LI and 51 bets) using data from Bovada. In addition to the spacey wager noted above, he's included perennial bets like whether the coin toss will end up heads or tails and which team will win it. 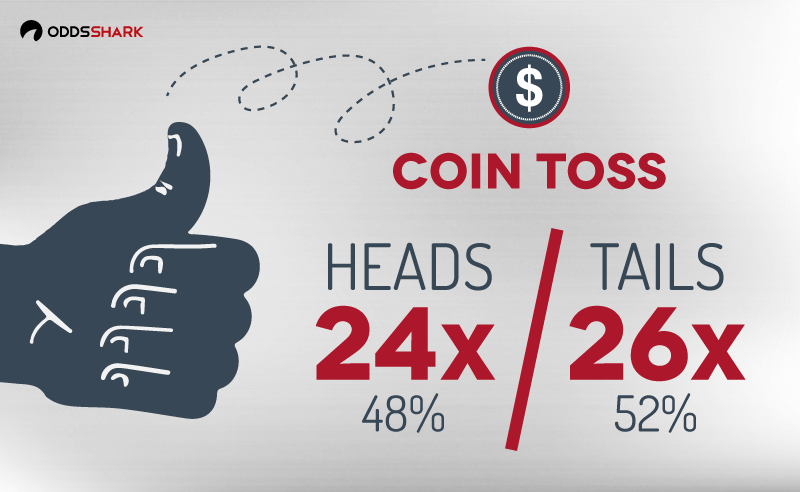 Right now, the tails has the slight edge, but it's a toss-up between which team will call it correctly.

How long the song: Another standard is how long it takes to sing the National Anthem.

In the last 11 Super Bowls, the average length has been just under two minutes. You can bet on whether country star Luke Bryan's rendition will be over 2 minutes, 15 seconds or under that time.

Other oddsmakers, for example Sportsbook.ag, has Bryan's over/under set at 2 minutes and 7.5 seconds.

It took him almost 2½ minutes.

You also can put a few bucks on whether Bryan will be wearing blue jeans or some other type of pants (or shorts).

Sportsbooks also are taking wagers on whether any player on either team will kneel when Bryan sings.

The halftime excess extravaganza also offers prop bet options, such as the color of Lady Gaga's hair when she first appears and what song will she sing first.

Real sports wagers: Oh, you want game related stuff? There's some of that, too.

Oh, you want real game stuff? There's some of that, too:

Families in on the action: Finally, how many times will Brady's wife Gisele Bundchen be shown on live TV during the broadcast?

Oh, wait. Sorry. That isn't strictly gridiron related, although I do love how the supermodel has come to her hubby's defense when his on-field performance has been criticized.

Plus, according to her Instagram, she helped Brady retain his playing form during his Deflategate four-game suspension last season. 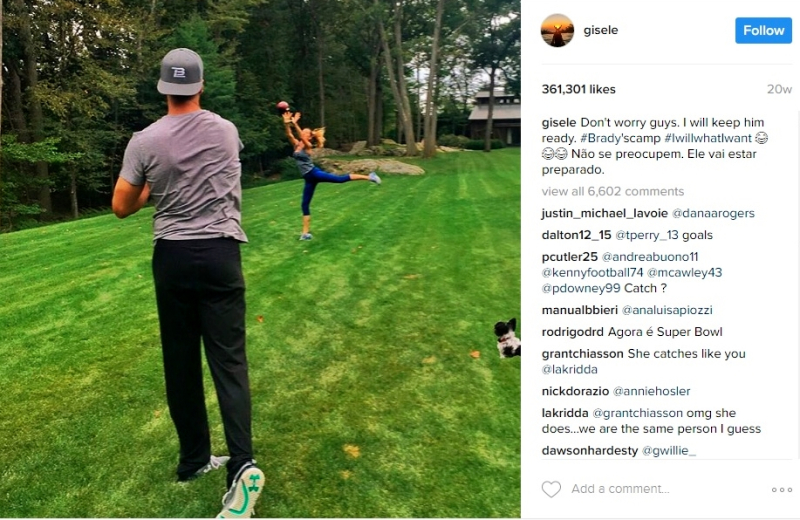 Tracking bets, taxes: If you're interested in following the prop bet results during the game, OddsShark has a downloadable version you can use to track the results.

And. since this is a tax blog, remember that if you have put any money on the game itself or one of the goofy prop bets, your winnings are taxable income. It could happen. A few years ago, one netted a gambler $60,000.