New tax deadlines for businesses in 2017

In addition to a calculator to do your taxes, you also need a calendar.

Given the myriad types of taxpayers out there, the Internal Revenue Service has a variety of due dates for their filings, be they tax returns or documents reporting tax data to Uncle Sam. 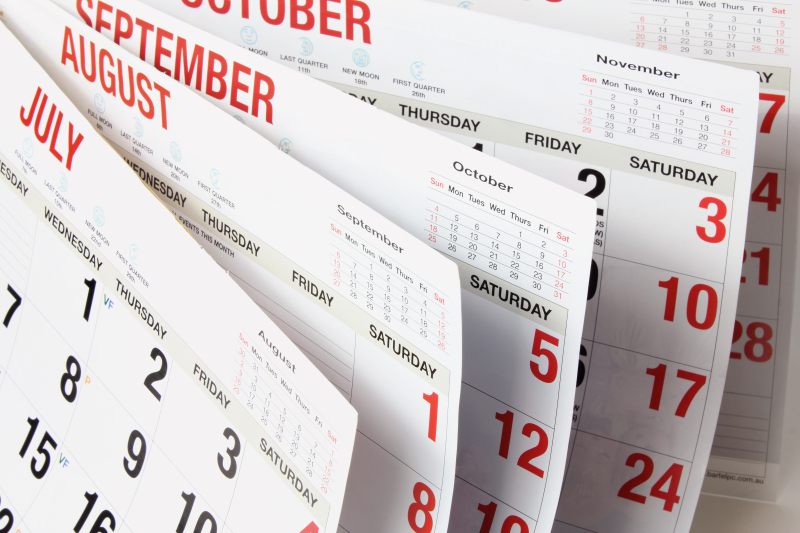 New laws, new tax deadlines: Other deadlines, however, are set by law. And now, some of those deadlines, particularly for business taxpayers, have changed this year.

The Surface Transportation and Veterans Health Care Choice Improvement Act of 2015, which became Public Law 114-41 on July 31, 2015, revises original and extended due dates for 2016 tax year (and beyond) filings. The goal is to minimize the multiple taxpaying timing troubles.

Additional deadline changes were included in the Protecting Americans From Tax Hikes, or PATH, Act, which took effect on Dec. 18, 2015. Here we have new, sooner due dates for W-2 forms to help speed up the IRS' verification of that data on taxpayer returns.

We'll have to wait until we get through this filing season to see if the new deadlines help or hurt filers. But for now, we -- and by we, for this post's purposes I mean businesses -- must deal with them.

Business tax deadline changes: Here are the new dates, by month, for some of the most common returns for business taxpayers.

January
W-2 and 1099-MISC earnings statements now must be filed with the Social Security Administration by Jan. 31, the same due date that businesses are required to send the documents to taxpayers they paid.

This change was made to help the IRS verify the earnings amount on early-filed tax returns and catch fraudulently filed 1040s.

March
Form 1065, U.S. Return of Partnership Income, and Form 1120S, U.S. Income Tax Return for an S Corporation, are now due March 15. Extensions are granted until Sept. 15. Previously, these filings were due on April 15.

Schedule K-1 statements also must be provided to owners by March 15.

May
Form 990, Return of Organization Exempt From Income Tax, is due May 15, with extensions until Nov. 15.

Note that technically these new rules apply to tax years beginning after Dec. 31, 2015.

While that obviously means the calendar year of 2016 for folks who operate on that tax schedule, the deadlines also apply to short-year returns beginning in 2016. This would apply, for example, to a corporation that changed its tax year operation last year.

State deadline changes, too: Most states likely will follow the federal due dates, but make sure so that you don't encounter any issues there.

Where a state retains a corporate tax return deadline that now comes before a new federal due date, you (and your tax professional) probably will have to prepare state tax filings using incomplete federal information. Fun, right?

You can find more on the forms and due dates mentioned here, along with others, in the American Institute of CPAs' (AICPA) thorough table of the new tax return due dates.