Mnuchin's tax promise looks like it was made to be broken

Donald Trump has promised to deliver in a few weeks a tax plan that would "lower the overall tax burden on American businesses big league."

The effusive description notwithstanding, some corporate tax reform would be welcome. It's long been accepted that the U.S. tax code needs work when it comes to business. 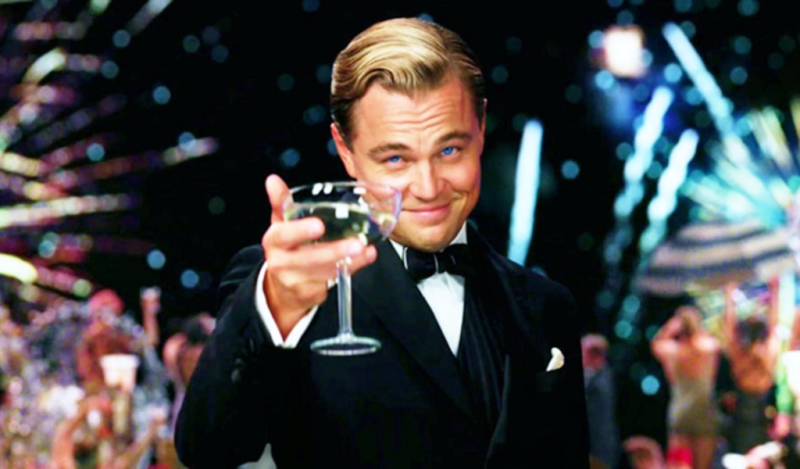 The new Republican president and GOP-controlled House and Senate are promising business and individual tax reform. Analyses of the proposals so far, however, show that rich folks, personified in the character Jay Gatsby portrayed by Leonardo DiCaprio in Warner Bros.' 2013 movie "The Great Gatsby," will benefit the most.

Both Democrats and Republicans also agree that corporate tax reform would be, relatively, easier, although there's still some GOP in-fighting about how to tax imports.

Then there's you and me.

It's also been accepted, grudgingly by many on Capitol Hill, that from a political standpoint, any tax cuts also must extend to individual taxpayers. This is especially true since Trump ran such a populist presidential campaign.

But politics and reality sometimes collide. Often it's not pretty. That's the case when the tax numbers are run.

Calculating tax cut costs: Cutting taxes anywhere generally means that services must be reduced or dropped entirely. Or someone else will have to pick up the tax bill. 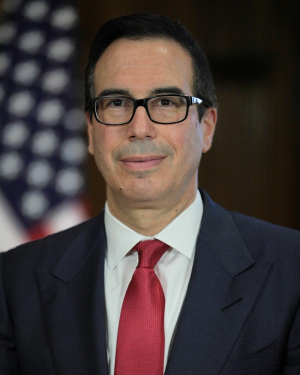 Now Trump's pick for Treasury Secretary is once again facing questions as to who will pay and how much.

Many on the left worry that the new president's billionaire buddies will make out like bandits in any tax reform the GOP-controlled White House, Senate and House push through.

Shortly after he was chosen to run Treasury, Mnuchin said that "there would be no absolute tax cut for the upper class." He's been holding onto to that promise during the confirmation process, which ended Monday, Feb. 13, evening with final Senate approval.

Any top tax bracket rate cut, according to Mnuchin, would be offset by closing loopholes that wealthier taxpayers tend to take.

But this pledge, which has been dubbed the Mnuchin Rule, looks to be impossible to keep.

Trump tax cuts favor the wealthy: Analyses during the presidential campaign and since the election have consistently indicated that the House's "A Better Way" and Trump tax plans (the Senate has yet to offer any formal plan, which is OK, since tax laws are constitutionally required to originate in the House) will reward the wealthy with much larger tax cuts than lower-income Americans.

Taxes would drop at all income levels in 2017, according to a study by the nonpartisan Tax Policy Center (TPC), a joint project of the Urban Institute and Brookings Institution.

Overall, the House tax proposal would cut the average tax bill this year by $1,810, increasing after-tax income by 2.5 percent.

When TPC broke out the numbers further, it found that households in the middle fifth of the income distribution scale would receive an average tax cut of almost $260, or 0.5 percent of after-tax income. The poorest segment of taxpayers would see their taxes go down an average of about $50, or 0.4 percent of their after-tax income.

But (you knew this was coming), the TPC found that "high-income taxpayers would receive the biggest cuts, both in dollar terms and as a percentage of income."

Three-quarters of the tax cuts would benefit the top 1 percent of taxpayers, says the TPC, with the highest-income taxpayers getting an average tax cut of about $1.3 million, or 16.9 percent of after-tax income.

How rich are these folks who'll benefit the most from the House (more specifically, House Speaker Paul Ryan's) tax plan? They have incomes over $3.7 million in 2015 dollars, accounting for 0.1 percent of the U.S. population.

The cost of the cuts: Now about paying for those tax cuts. TPC can't find enough closed loopholes to offset the tax breaks for the wealthy.

"Federal revenues would fall by $3.1 trillion over the first decade before accounting for added interest costs and macroeconomic effects," says the TPC in its overview of its study.

So who would pick up the bill? No one, or rather all of us in the form of increased federal debt.

Not as much, but still a lot: Even the more conservative Tax Foundation found a gap, albeit smaller, in how the GOP tax plans treat the very rich, as well as the definitely not rich at all.

That Washington, D.C.-based think tank's analysis shows that four out of five taxpayers would see only a 0.2 percent to 0.5 percent increase in after-tax income. Those in the top 1 percent of the income scale, however, would get tax relief of 5.3 percent of after-tax earnings, or around 10+ times more than most rank-and-file taxpayers.

Using what is known as dynamic scoring, which takes into account projected economic growth due to tax law changes (and is a process that itself raises other economic prediction issues), the Tax Foundation says all taxpayers would see an increase in after-tax income of at least 8.4 percent.

But the richer would do even better.

The top 1 percent of taxpayers would see an increase in after-tax income of 13 percent on a dynamic basis, according to the Tax Foundation.

Maybe this data will be moot when Trump's "phenomenal" tax plan is produced.

I'm not holding my breath.

But I am picking for this week's By the Numbers honors the 0.1 percent of Americans whom the TPC says will be generously rewarded under the current tax reform plans.