Coloradans hate the state's new 'tattletale' sales tax law, but it will take effect this summer

Sure, you're happy to tell your friends about the online bargains you get, but not so much your state's tax officials.

That essentially will happen in Colorado this summer. But it won't be shoppers revealing their internet purchases. It will be the companies that sold them the stuff. 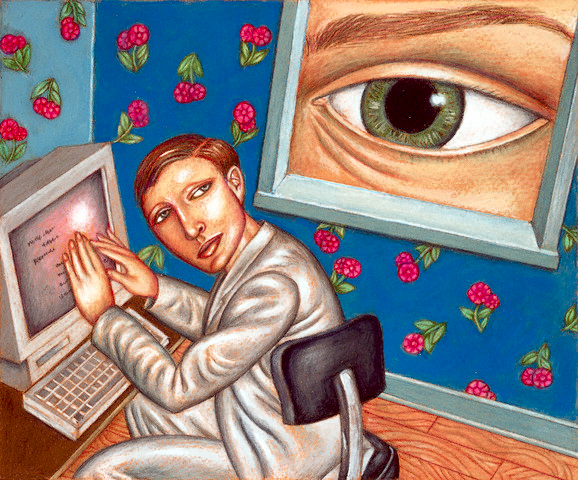 The online purchase info is part of a creative way Colorado lawmakers devised to try to collect the almost $173 million in tax revenue they say the state loses each year to remote sales.

Details on buyers via sellers: Current law, based on the 1992 U.S. Supreme Court ruling in Quill Corporation v. North Dakota, says that companies without a physical presence, or nexus, in a state, don't have to collect sales tax on those products.

But states with sales taxes also have use taxes, which require purchasers to pay the tax on the items they buy and use within the state. Most consumers don't do that, even when states include line items on their tax returns asking filers for the use/sales tax info and due money.

So Colorado passed what has been dubbed the tattletale tax.

Under the new law, remote sellers that make more than $100,000 in sales must notify Colorado customers that their purchases are taxable. Plus, the sellers must send reports to the state tattling showing the total amount paid by the purchaser that year for online purchases.

The Direct Marketing Association (DMA) sued to stop the tax. It went all the way to the U.S. Supreme Court, which declined to hear the case, thereby leaving the law in place.

Following the high court's decision, the lawsuit parties worked out a deal on Feb. 22 that postpones the law's enforcement until July 1. In addition, Colorado won't impose penalties on companies for noncompliance until then and the DMA will drop its challenge.

Many reasons to oppose the law: That is awful news for a majority of Coloradans who, according to a recent survey, hate this law.

The highlights of the online (naturally!) survey conducted by Morar Consulting for the e-commerce trade association NetChoice include:

"This polling shows the majority of the citizens in Colorado are deeply concerned about their online purchases and privacy," Colorado Senate Majority Leader Chris Holbert said. "The online purchases from Colorado citizens should be protected information, which our current online purchase law does not protect."

Use tax education effort needed: One other finding, though, might be the one that worries the legislators who passed the new sales tax reporting law: 60 percent said they consider the law's intent equivalent to a statewide tax increase.

That perception percentage earns 60 percent this week's By the Numbers honor.

And it underscores the need for Colorado officials to get the word out, and quickly, that they aren't adding or hiking taxes.

Rather, the folks who've not been reporting their out-of-state and online purchases and paying already in place use tax are breaking the law.

Colorado's consumer use tax rate is 2.9 percent, the same as the state sales tax rate. Use tax is also collected by some special districts such as the Metropolitan Denver Regional Transportation District (RTD) and the Metropolitan Scientific and Cultural Facilities District (SCFD).

That's one of the answers to questions about the Centennial State's use tax that's part of a special Colorado Department of Revenue has a special use tax web page.

Check out the page if you live in Colorado.

And if you live in one of the other 45 states (and Washington, D.C.) that collect sales tax, you probably have been evading sales tax in your home, too.

Your state's (and D.C.'s) tax department websites will have more information on what you owe and how to pay your use tax.