Sunday is a big day not just for football fans, but also food fans. Super Bowl party snacks rank right up there with the specially-created television commercials, crazy prop bets and the game's halftime show. 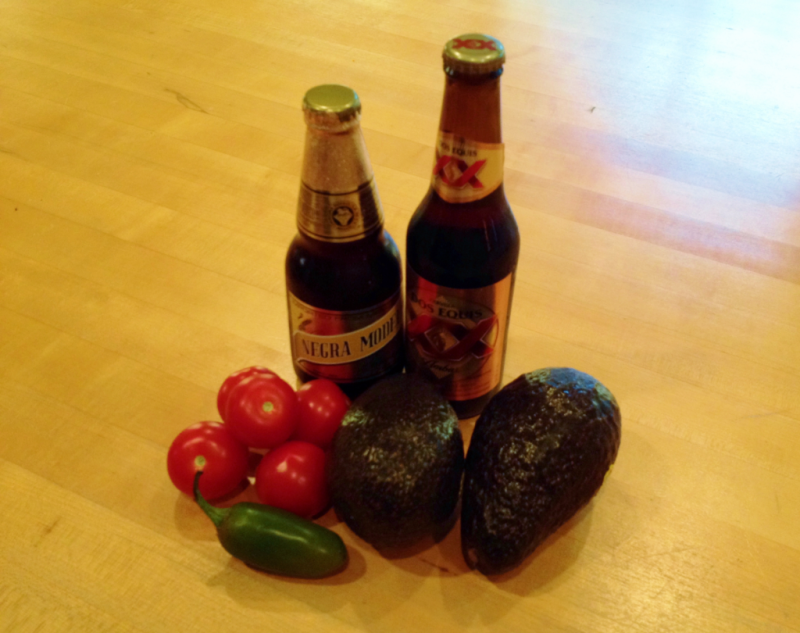 These items I regularly purchase are, according to my local H.E.B. grocery store's labels, hecho en Mexico.

Heck, a lot of people look forward to those events more than the annual NFL championship game itself.

Literally loading up on guac: In fact, it's a major day for guacamole.

"Guacamole has become one of the most popular Super Bowl snacks," Ramon Paz, spokesman for the Association of Producers, Packers and Exporters of Avocados from Mexico, told CNN.

Most of the avocados consumed in the United States come from Mexico, notes Paz, and roughly 12 percent (that's around 100,000 tons) of the annual U.S. avocado eating happens during Super Bowl week.

But Super Bowl LI could be the last time for a while that we have the delicious avocado concoction at a reasonable price.

Avocados, chili/chile peppers and beer all would be costlier if President Trump gets his proposed border tax that he says would pay for his long-threatened (or promised, depending on your political point of view) with Mexico.

I find this very disturbing. All of those items, as noted in my photo above, are staples in my kitchen!

Staying on avo message: Will we hear any complaints from Avocados from Mexico, the marketing arm for avocado producers in America's southerly neighbor, in its Super Bowl LI commercial (embedded below)? No.

The group has stayed away from the political fight, opting instead to focus on its message.

That, according to Kevin Hamilton, the organization's director of brand marketing, is a combination of the fruit's "nutritional message, being available [year-round], tasting good and good times."

Game or tax reading: This weekend, let's just enjoy the guacamole and imported beer at their current tax levels, as well as the commercials, Lady Gaga and, if you care, the game.

And if the New England Patriots and Atlanta Falcons match-up turns into a runaway, you can always spend the time reading the Tax Policy Center's TaxVox blog post on why border adjusted taxes and a 'big border' tax are not the same.