Senators and Representatives are headed back to their states and Congressional districts for the long President's Day weekend. Tucked into the bags that Republicans are taking home are some talking points on how they plan to repeal and replace the Affordable Care Act (ACA), popularly known as Obamacare. 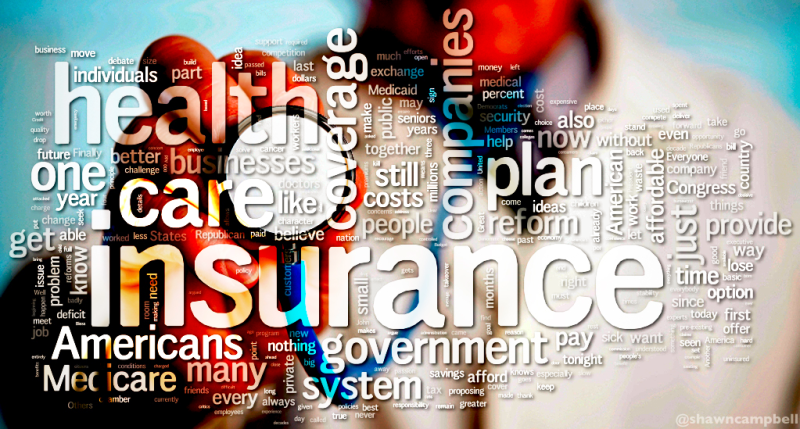 The Grand Old Party's policy paper says it aims to "provide relief from all the Obamacare tax increases."

I've culled that individual ACA tax list a bit more, focusing on four taxes that Republicans say are on the chopping block.

1. The Medicine Cabinet Tax
This moniker was given to the provision that limits the use of money from flexible spending account and other similar medical arrangements to pay for over-the-counter (OTC) medicines. This account money used to be easily available for such common grocery and drugstore purchases like cold medicines, allergy pills, and dozens of other off-the-shelf items. But since 2011, the ACA has required FSA etc. owners to get a doctor's prescription for the OTC meds. Without a physician's official order, the medications can't be purchased with or reimbursed from the tax-favored medical accounts.

2. Flexible Spending Account Cap
FSAs took another hit in 2013. That year the amount of money you could put into these accounts, which are added to via payroll deposits before any taxes are calculated, was capped at $2,500. Previously there was no limit on how much a worker could put into an FSA, but most companies used the $5,000 that statutorily applies to the sister dependent care spending account. Granted, not a lot of folks put five grand into their FSAs. But still, the policy irked folks.

3. Medical Deduction Threshold
2013 was a big year for Obamacare taxes. That also was the year that the threshold many folks had to exceed in order to claim an itemized deduction for medical and dental expenses went up from 7.5 percent of adjusted gross income (AGI) to 10 percent. This hike means that folks younger than 65 had to have more medical costs in order to get the Schedule A deduction.

Taxpayers 65 and older still got the 7.5 percent cutoff, but that changes this year. For 2017, all taxpayers must meet/exceed the 10 percent AGI threshold.

4. Shared Responsibility Tax
This tax was created as a way to get us to comply with the ACA's individual mandate; that's the requirement that we all have minimal essential coverage during the full tax year. The tax penalty for noncompliance was low enough in the beginning that many folks found it more cost-efficient to pay the penalty rather than purchase insurance.

The penalty, however, has increased each year. On 2016 tax returns that are to be filed this year, the maximum is $695 per uninsured month. If it's not repealed, the tax cost will stay at that level (thanks, low inflation) in 2017.

Many Americans, even those who support Obamacare, aren't happy with a lot of the taxes created under the program. I've heard from disgruntled readers for years about the OTC FSA restrictions, and gotten a few grumbles about the FSA dollar limits and higher itemized medical deduction threshold.

What's the cost? But the tax provisions were created to help pay for the overall health care reform program.

Republicans swear they can provide the same coverage to the 20 million or more who now have insurance under the Affordable Care Act and do so without these and other Obamacare taxes.

In its 19-page health care policy document, the GOP says it will use tax credits, an expansion of health savings accounts, money for high risk pools to care for the sick and a major restructuring of Medicaid to cap federal payments.

But while the paper includes lots of numbers related to Obamacare, it doesn't have dollar figures for any of the Republican proposals.

Lawmakers said that is because the Congressional Budget Office is still analyzing the plan. I look forward to its fiscal analysis.