Obamacare tax-filing tips as we wait for its repeal

Donald Trump doesn't move into the Oval Office for 15 more days, but the Republican-control Congress is working on legislation for him to sign into law shortly after he settles into his new digs. 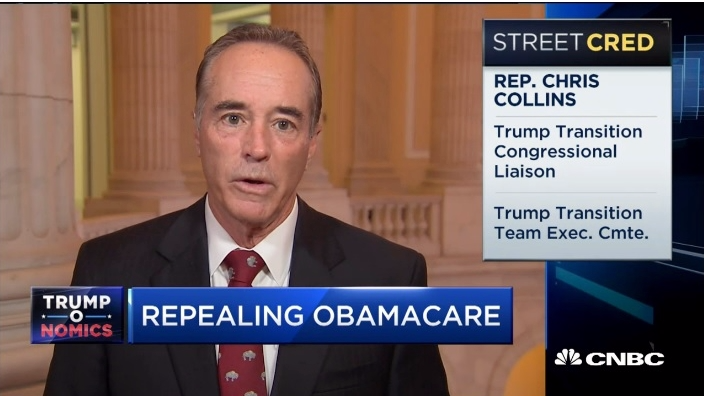 Rep. Chris Collins (R-N.Y.) was on CNBC's Squawk Box this week to discuss House efforts to repeal the Affordable Care Act, often referred to as Obamacare. Click image to watch the full interview.

One of the president-elect's campaign promises was to repeal and replace the Affordable Care Act, also known (for a while longer) as Obamacare. That won't be easy, either politically and pragmatically.

Delayed repeal effect: It took President Obama two years to get the measure through the House and Senate, which at that time had Democratic majorities. It could be that long before the GOP goal of getting rid of Obamacare is real.

"We're going to have to grandfather current plans in for probably two years," Collins said. "There's a lag time between when an insurance company can introduce a plan into a state, get it approved and roll it out."

So while the process to dismantle Obamacare is underway, folks who have coverage need to keep doing what they're doing for the time being.

All of us will have some ACA related tax matters to take care of in the next few months, the key one being telling the IRS on our tax returns that we had minimal essential health insurance coverage for all of 2016. The various ACA 1095 forms will help us do this.

If we didn't have acceptable coverage, we'll have to pay the tax penalty when we file those returns by April 18.

To help with that tax task, the Internal Revenue Service created the table below to show how the Affordable Care Act affects individual taxpayers.

The Affordable Care Act and Your Tax Responsibilities

As for health care coverage and taxes in the future, stay tuned. I'll let you know what the tax implications are as the Obamacare repeal and Republican replacement plan progress.

Thanks for sharing Interesting post.Great job!! You have a nice article. I will be back alot Good luck with all you do!