Your MLK Day volunteer time is not tax deductible, but some related contributions might be

On this Dr. Martin Luther King Jr. federal holiday, the last MLK Day that Barack Obama will serve as U.S. President, the 44th commander in chief will once again spend part of his afternoon volunteering. 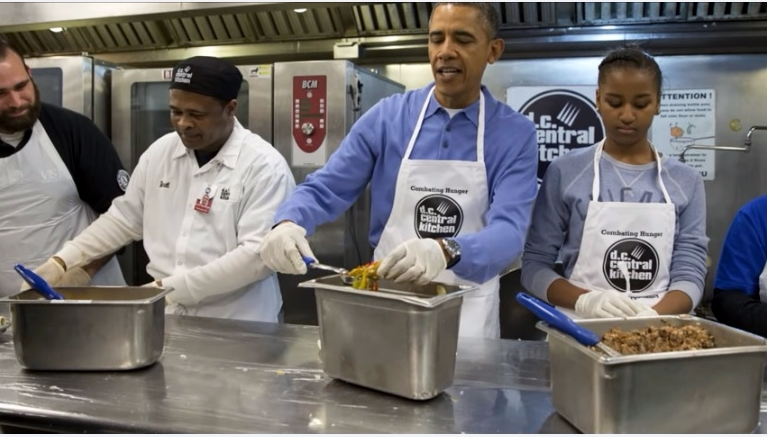 President Obama and younger daughter Sasha helped out during an earlier MLK Day at DC Central Kitchen. (Click image to see more at Corporation for National and Community Service.)

The national holiday honoring the slain civil rights leader has evolved into a day of service. The Obamas take that role seriously.

In the past, the president and his family have volunteered at kitchens that feed the needy and helped on school, community center and homeless shelter improvement projects.

This year, the First Couple will spend part of their MLK Day afternoon at the Jobs Have Priority family shelter in Southeast D.C.

Millions give time, talents: The Obamas, like millions of volunteers across the country on this day and the other 364, give of their time and talents because they want to help.

And a lot of us want to share our time with those who need our help. The Corporation for National and Community Service (CNCS) says that almost a quarter of U.S. adults, or almost 63 million of us, volunteered through an organization in 2015 (last year data was collected).

Altogether, CNCS says that Americans volunteered nearly 7.8 billion hours in 2015, worth an estimated $184 billion, based on the Independent Sector's estimate of the average value of a volunteer hour.

That's consistent with prior years' analyses of volunteerism. Over the past 14 years, Americans have volunteered 113 billion hours, service worth an estimated $2.3 trillion, according to CNCS. 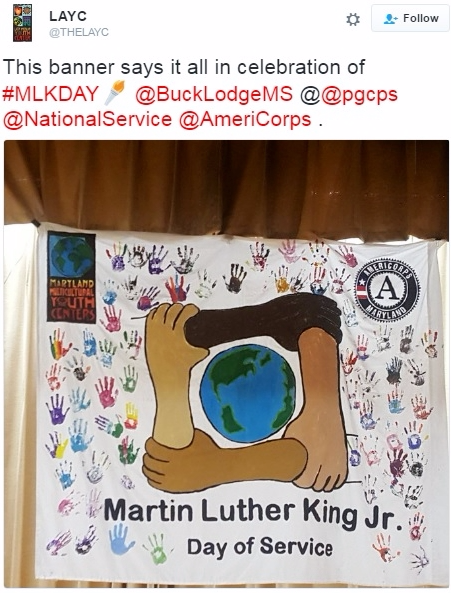 And then there are the more than 138 million Americans, or almost 63 percent of us, who informally volunteer in our communities, helping neighbors with such tasks as watching each other's children, helping with shopping or house sitting.

"When we stand shoulder to shoulder to serve with others, we gain another perspective on the lives we share, while using our time and talents to build a stronger nation," said CNCS chief executive officer Wendy Spencer. "Each year, millions of Americans do extraordinary things as volunteers; this is America at its best."

Good job, but no tax break: This propensity to voluntarily help out each other is commendable. But even though CNCS calculated the time value of the volunteer assistance over the years, that $2.3 trillion in donated hours isn't tax deductible.

That's not a big deal to volunteers. Most don't seek any attention, tax or otherwise, for their good works.

Still, Uncle Sam believes volunteers should get some tax benefits.

While you can't count the value of your volunteer time on your tax return, you can deduct the value of any in-kind donations you make as a volunteer. This includes things such as the office supplies you bought when you spent the day helping organize your favorite nonprofit's administrative and operational systems.

There also are the miles you drive your own car in volunteer service to a charity, like delivering meals to shut-ins or taking the community center's job training folks to interviews.

Just remember to follow the usual IRS rules for donating to ensure that you can claim these volunteer-related contributions as itemized deductions.

And then you can take the tax dollars you save from those deductions and give that money to the charity of your choice.