Social media sites are overrun with folks bemoaning the terrible things that happened during this year. I've even aired my grievances about 2016 before and after Festivus, so far be it from me to be pity party pooper.

But here's some perspective for all of us. 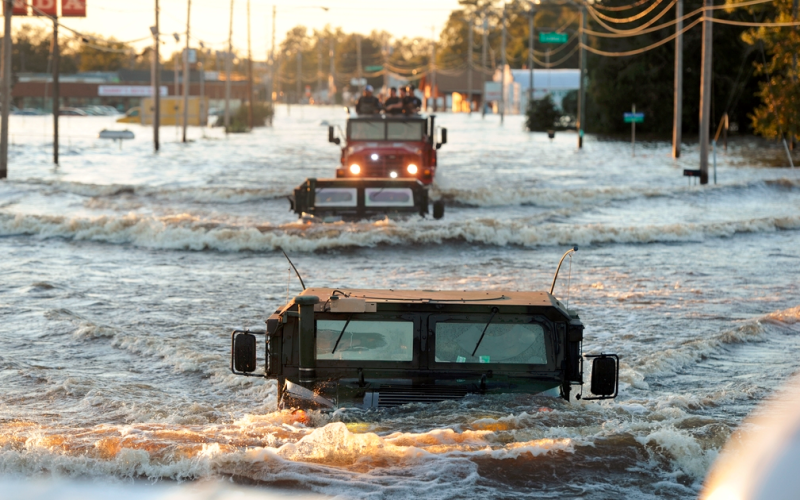 For millions of people worldwide, 2016 literally was a disastrous year. In the United States alone, Mother Nature pummeled the country throughout the year, with the Federal Emergency Management Agency, or FEMA, issuing 46 major disaster declarations (still called presidentially declared disasters by some; OK, by me).

Not to tempt fate with a few days left, but that disaster figure could grow. I offer the count qualification since it takes a while to assess a storm's damages, meaning many of the declarations early this year were for 2015 disasters.

The one tiny sliver of a silver lining, however, is that in these disastrous situations, Uncle Sam and Internal Revenue Service offer affected storm victims some help.

Latest 2016 disaster in Tennessee: This year started with the winter storm named Jonas by the Weather Channel.

Nicknamed "Snowzilla" by some, the Jan. 22-24 storm dropped record snowfall amounts on parts of the Mid-Atlantic and Northeast and 48 people lost their lives due to the storm or its aftereffects. The FEMA announcements came in March.

The most recent disaster was the deadly wildfire in the Gatlinburg, Tennessee, area. The flames, which investigators believe were intentionally set by two youths, consumed more than 17,000 acres of forest, damaged or destroyed almost 2,000 structures and, most tragically, injured 145 people and killed 14. The fire's total dollar cost is expected to be more than $500 million.

In the wake of the FEMA assessment, the IRS announced Dec. 20 that victims of the wildfires in Sevier Country, Tennessee may qualify for tax relief.

The special tax consideration applies to:

Affected taxpayers also have until the next March deadline to make tax payments, including estimated tax filings, that have either an original or extended due date falling between Nov. 28 and March 31, 2017.

The postponement of time to file and pay, however, does not apply to information returns in the W-2, 1098, 1099 or 5498 series, or to Forms 1042-S or 8027. But the IRS notes that penalties for failure to timely file information returns can be waived under existing procedures for reasonable cause.

Applying for relief: If you're one of the wildfire taxpayers who gets the extra time, you don't have to do anything.

The IRS says it automatically identifies taxpayers located in the covered disaster area and applies automatic filing and payment relief.

If you are eligible for the wildfire disaster extended tax due date, but get a late filing or late payment penalty notice from the IRS, call the telephone number on the notice to have the IRS abate the penalty.

Also, if you're an affected taxpayer who lives or has a business located outside the covered disaster area and think you, too, should get some wildfire related tax considerate, call the IRS disaster hotline at 866-562-5227 to request it.

Time shifting your tax filing: Affected taxpayers in a federally declared disaster area also have the option of claiming the disaster-related casualty losses on their federal income tax return for either the year in which the event occurred, or the prior year.

That means you need to look at your 2015 tax return and determine whether it would be more tax-beneficial for you to file an amended return for that year, or waiting and claiming the loss next year when you file your 2016 federal return.

If you decide to claim the disaster loss on your amended 2015 return, put the disaster designation "Tennessee, Wildfires" at the top of the form -- yes, you must file a paper amended Form 1040X -- so that the IRS can expedite the processing of the refund.

And if you need previously filed tax returns to complete your amended filing, the IRS will waive the usual fees and expedite requests for copies of those prior filings affected taxpayers.

You also can find more about claiming losses related to casualties, disasters and thefts in IRS Publication 547, as well as in the links collected on the ol' blog's special Storm Warnings disaster resources page, including this post specifically on filing amended returns related to major disaster losses.

Later dates for more states: Earlier this year, the IRS established later due dates for tax actions of folks in previously announced other major disaster areas.

Florida: The counties of Bradford, Brevard, Broward, Clay, Duval, Flagler, Indian River, Lake, Martin, Nassau, Orange, Osceola, Palm Beach, Putnam, Seminole, St. Johns, St. Lucie, and Volusia that were affected Oct. 3 by Hurricane Matthew. The extended date is March 15, 2017, which includes next Jan. 17's deadline for making quarterly estimated tax payments, as well as those who got an extension to Oct. 17 to file their 2015 income tax returns. Affected business tax deadlines include the Oct. 31 and Jan. 31, 2017, deadlines for quarterly payroll and excise tax returns, and the March 1, 2017, deadline that applies to farmers and fishermen who choose to forgo making quarterly estimated tax payments.

Minnesota: The counties of Blue Earth, Freeborn, Hennepin, Le Sueur, Rice, Steele, and Waseca that were struck by severe storms and flooding that took place beginning on Sept. 21. The extended date is Jan. 31, 2017, which includes individual returns on extension to Oct. 17 and the Oct. 31 deadlines for quarterly payroll and excise tax returns.

Here's hoping the special tax options for all who were affected by disasters this year helps.

And here's especially hoping for a much less disastrous 2017.