China has enacted a series of taxes on various types of industrial pollution. But to the dismay of even some of its own government researchers, carbon dioxide and other greenhouse gases are not included in the tax plan. 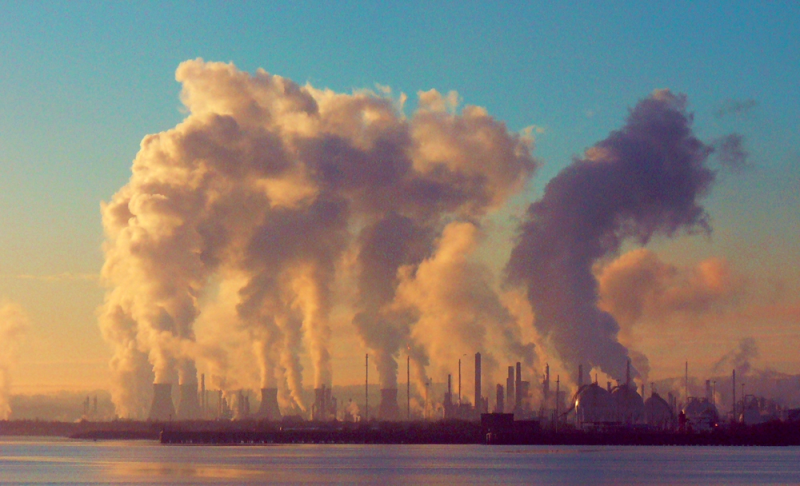 Some specific emissions could mean tax bills for Chinese companies under a new pollution tax law just enacted by that country. (Photo by Graeme Maclean via Flickr CC)

Still, for the first time ever, public institutions and companies that discharge listed pollutants directly into the environment will face specific environmental protection taxes.

Some air, water pollutants targeted: Under the law passed Dec. 25 by China's National People's Congress, emissions of such things as sulphur dioxide and sulfite will be taxed at 1.2 yuan (17 cents U.S. dollar) per unit when released into the air and 1.4 yuan (20 cents U.S.) if discharged into the country's waterways.

Provincial-level governments can raise the rates for air and water pollution by up to 10 times after approval by the local legislatures. Lower rates may also apply if emissions are less than national standards.

Taxing path to cleaner environment: "Tax revenue is an important economic means to promote environmental protection," according to a Finance Ministry statement on the new law.

China has not previously imposed any specific environmental taxes, but instead uses a system of miscellaneous charges. Many, apparently including the country's lawmakers, felt that the current system's fees were too low to deter polluters.

That cleaner air goal was reiterated following the law's approval by Wang Jianfan, director of the Ministry of Finance tax policy department, who called the tax key to fighting pollution.

But switching to the specific tax system took a while, with debates between the Ministry of Environmental Protection, the Ministry of Finance, the State Taxation Administration and local governments forcing delays in the new tax law.

A major sticking point was that some government agencies will lose money when the current system of emission discharge fees is abolished. There also was concern among some government researchers that carbon dioxide and other greenhouse gases were not included in the new tax plan.

Greenhouse gas still OK: China leads the world in emission or greenhouse gases, primarily because of its reliance on coal to provide electricity to its 1.37 billion residents. The United States a close second in greenhouse gas emissions, according to United Nations data.

Most scientists agree that the gases are causing the earth's temperatures to rise.

Will the new, limited pollution taxes pave the way for similar action in China against greenhouse gases?

That likely will depend on how successful the taxes are at cleaning up the types of pollution specified by the new law.

It also will depend on how much better or worse pollution becomes in China.

Just last week, cities across China's northeast were placed on an air pollution red alert, an action that included taking large numbers of cars off the road and closing some factories.