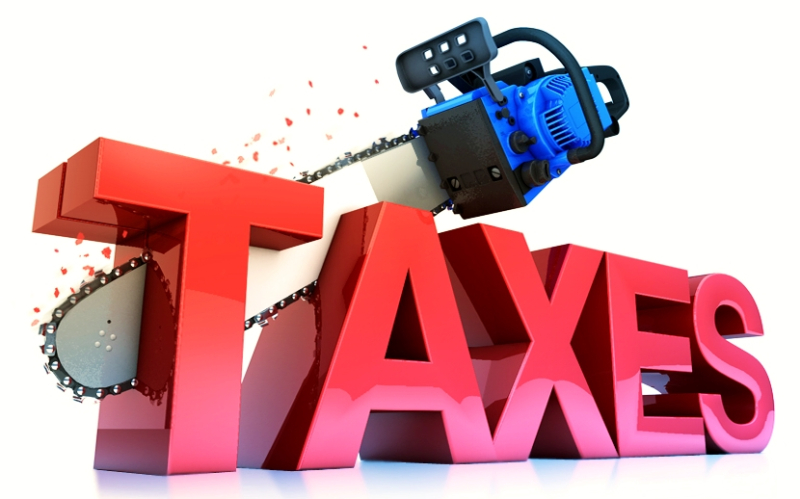 It's been the Grand Old Party's goal since President Obama was successful via the fiscal cliff deal of 2012-2013 in getting Congress to let the top level George W. Bush tax cuts lapse, pushing up the top individual tax rate to 39.6 percent.

First focus on corporate taxes: While individual taxes will be part of the coming tax reform debate, it's likely that corporate taxes will get the most attention in the beginning. After all, ways to use the tax code to lure U.S. companies back from foreign locales was a major topic on the campaign trail.

Most big businesses no doubt would like to see lower corporate tax rates within America's borders. Some companies, however, are doing quite fine with the current Internal Revenue Code.

While the U.S. corporate tax rate is officially is 35 percent, many companies are able to take advantage of tax breaks that effectively allow them to pay less than that. A WalletHub survey released just before the presidential election found that the overall tax rate of S&P 100 companies is around 28 percent. That's basically unchanged compared with 2014.

Some corps doing OK: Some major corps, however, are doing just fine under the current Internal Revenue Code. In fact, they're doing much better than fine.

The five corporations with the lowest overall tax rates last year according to WalletHub are:

Is that GM execs I hear sending a message to Washington, D.C.? "Hey, President-elect Trump, don't worry about changing the tax code on our account. We're good."

OK, I'm not going to pick on the companies whose tax staffs are on the ball. That's what all of us are supposed to do, find the legal tax laws that let us pay as little as possible.

But not many of us are as adept as GM, so its 2015 overall negative tax rate of -34.34 percent is this week's By the Numbers figure.

Others, not so good: Of course, some companies didn't make out as well as GM et al at tax-filing time last year. WalletHub has those tax rates, too:

Those two corporate generals, Electric and Motors, need to talk. I'm sure the GE guys would love some tips, especially since in the not-so-distant past (2010 to be precise) it was one of the companies that was able to cut its tax rate to below, at the time, historic levels.

Of course, back then one of the tax strategies GE was able to use was one that no company (or individual taxpayer) likes to use. GE Capital, the company's financial unit, suffered huge losses during the 2008 and beyond financial crisis.

But at least they found a silver tax lining.