Small business owners are hoping that their shops are filled with lots of paying customers this annual Small Business Saturday. 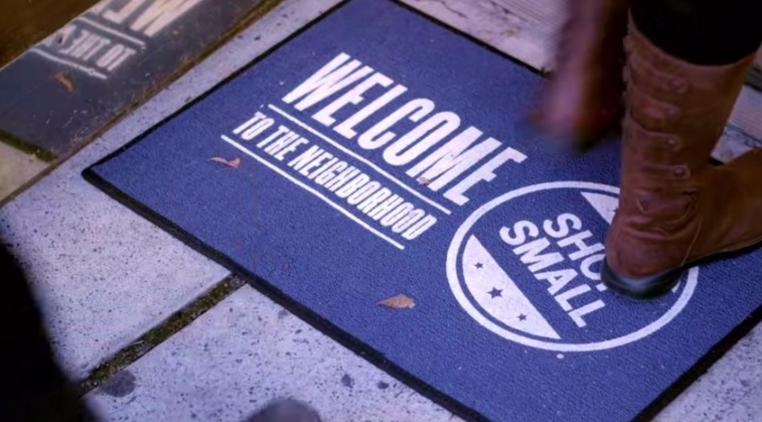 The first Small Business Saturday was Nov. 27, 2010. That initial year, it was the creation of the financial company American Express. In 2011, the U.S. Senate unanimously made the day official. The day, coming the Saturday after the Black Friday shopping rush, celebrates small businesses and encourages supporting them and how they impact communities.

They also are hoping that by this time next year, their top tax rate will be just 15 percent.

More business tax breaks ahead? That lower business tax rate, a 20 percentage point drop from the current corporate tax levy, was among the campaign promises that now president-elect Donald Trump made.

Of course, tax reform typically is a messy process.

There still are questions about how business operations known as pass-through entities where a company's tax bill is paid via the owner's personal income tax filing will be affected under a Trump Administration tax plan.

UPDATE, Nov. 25, 2017: The House and Senate have differing tax reform proposals as 2017 winds down. The Republican majorities in both chambers do agree on cutting the corporate tax rate to 20 percent instead of the 15 percent touted during the 2016 campaign. However, their timing for the big business tax break differs. Senators and Representatives also still are having difficulty, just like they did about this time a year ago, in deciding how to handle taxation of pass-through entities.

And some major U.S. corporations are doing just fine under the current tax laws. Look for them to fight to keep the provisions that already lower their tax bills.

Still, for the first time in many years, there is some optimism in the business community, particularly among smaller companies, that their taxes will fall.

Current PATH to business tax breaks: Until then, though, businesses must operate under the current Internal Revenue Code.

But thanks to some business-specific provisions, many companies are getting some valuable tax benefits.

Many business tax breaks were addressed in the Protecting Americans from Tax Hikes, or PATH, Act that became law on Dec. 18, 2015. This bill contains changes to provisions known as extenders, which are temporary tax laws that must be, as the name indicates, extended periodically by Congress.

Some of the valuable business extenders were put in place for a while longer. Better yet, some were made permanent.

In celebration of Small Business Saturday this year, here's a look at some key business tax provisions in the PATH Act.

Business research tax stability: The research and development (R&D) tax credit is now a permanent part of the tax code.

For years, business owners have had to wait, worry and wonder about this tax break, often putting off critical tax planning while Congress debated whether to extend the previously temporary tax benefit.

And in addition to now being a set tax fixture, the credit was expanded under the PATH Act, making it available to more small businesses.

Dealing with depreciation: PATH also enhanced depreciation tax provisions, making it easier for smaller companies to write off business costs sooner rather than spreading the tax benefits over multiple years.

PATH also allows companies to choose to accelerate the use of Alternative Minimum Tax credits in lieu of bonus depreciation.

Expanded expensing: Businesses now also can choose to deduct a larger portion of the cost of qualifying property in one tax year, popularly known as section 179 expensing, rather than depreciate it.

PATH also hiked the phase-out limit to $2 million. Both that figure and the $250,000 limit also are now indexed for inflation.

Stock sale options improved: The 100 percent exclusion allowed for gain on the sale or exchange of qualified small business stock held from more than five years by non-corporate taxpayers also is now permanent under PATH.

"This benefit has proven a valuable method of funding certain startups," note Wolters Kluwer analysts. "With a five-year holding period, it obviously still requires a long-term commitment. Trading such stock for other, similar stock, however, can be a useful option under which gain is allowed to be deferred."

Myriad other biz tax breaks: Here's hoping that small businesses will be able to take advantage of these PATH Act tax breaks.

And don't forget about the other existing tax code options for ordinary and necessary business expenses, such as writing off general business travel costs, specific business-related auto expenses and tax options for the self-employed entrepreneurs.

Today, however, tax a break from taxes and support your local businesses.