Voters in California, Massachusetts, Nevada and Maine approved recreational marijuana use, and taxing those personal pot amounts, on Nov. 8. 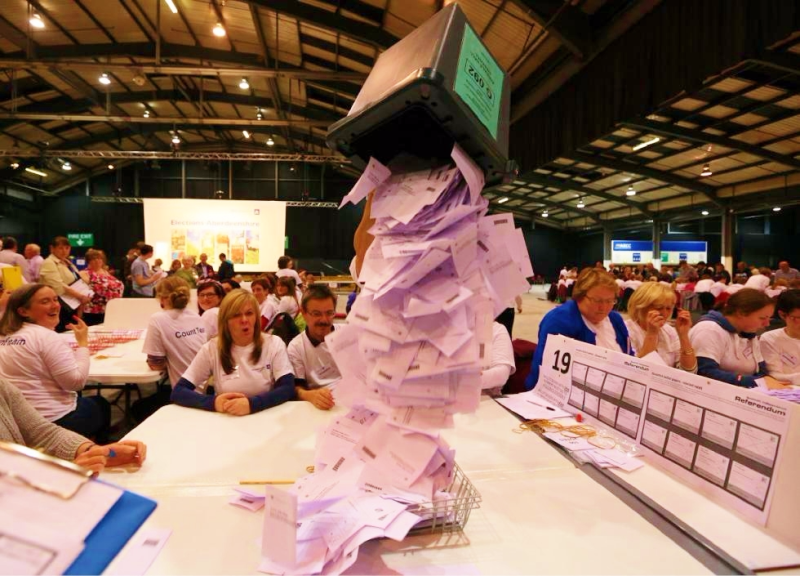 The votes are in, for the most part, not only for the U.S. president, but also for myriad ballot initiatives.

Only Arizona voters on Tuesday rejected personal marijuana legalization. The lone consolation for many disappointed Grand Canyon State supporters is that travel is easy to the neighboring, and pot-approving, states of Nevada, California and Colorado.

While the weed votes -- medical marijuana also was on ballots, and approved, in North Dakota, Arkansas, Florida and Montana -- got most mass media attention, there were plenty of other tax-related ballot measures  decided by state and local voters.

Here's a snapshot of more of Tuesday's ballot measure results.

Added taxes for the rich: Coastal efforts to raise taxes on the rich appear to have earned voter support.

It's close in Maine, but a proposal to add a 3 percent surcharge on wealthier residents has an 375,169 to 368,952 voting edge. If the results are certified, Maine's top tax rate would go from 7.15 percent to 10.15 percent on incomes of more than $200,000. That would give the Down East State the second highest top marginal rate in the United States, following only California.

The Golden State definitely will keep that top individual tax rate title thanks to voter approval to extend for 12 more years the state's top marginal rate of 13.3 percent on wealthy Californians.

Californians were the only voters to approve higher taxes on smoking on Nov. 8. Proposition 56, which won by a decisive 63 percent to 37 percent margin, will raise the tax on a pack of cigarettes from $0.87 to $2.87.

Voters in Colorado rejected Amendment 72, which would have raised the state's tax on a pack of cigarettes from $0.84 to $2.59.

Missouri voters defeated two cigarette tax proposals. Proposition A would have raised the per pack tax on cigarettes from $0.17 to $0.40 by 2021, as well as added a 5 percent sales tax to other tobacco products. Amendment 3 proposed raising the tax $0.60.

North Dakota's Statutory Measure 4 called for hiking the tax on a pack of cigarettes from $0.44 to $2.20. It also would have raised the wholesale purchase tax on all other tobacco products, including e-cigarettes, from 28 percent to 56 percent.

But smoking tax advocates in this year's losing states shouldn't give up. An effort four years ago to increase cigarette taxes in California failed, but laid the groundwork for this year's winning initiative.

Soda taxes approved: Former New York Mayor Michael Bloomberg wasn't able to celebrate a victory by his preferred presidential candidate, but he did get some good news on Nov. 8. So-called soda taxes that he supported were approved on Election Day in four western U.S. cities.

Added sin taxes on sugar-sweetened beverages were OK'ed by voters in San Francisco, Oakland and Albany, California and in Boulder, Colorado. (For New Yorkers and Georgians, the Golden State counterpart to your Albany is in the San Fran/Oakland area.)

The California communities will see a penny per ounce tax, the same amount that was approved in neighboring Berkeley back in 2014. The Boulder vote was for a 2-cent-per-ounce tax.

Yes and no to Missouri sales taxes: In addition to the tobacco tax hikes, Show Me State voters also were asked to decide on some statewide sales taxes.

The most notable was Constitutional Amendment 4 to prohibit the expansion of the state's sales tax to services.

Expanding the sales tax base has become a common tactic by states nationwide trying to cope with shrinking revenue and an economy that's moved from sales of goods to sales of services. But Missouri voters told their lawmakers they'll have to find other options, approving the ban 57 percent to 43 percent.

Missouri voters, however, were much more amenable to a renewing a state sales tax that has been on the state's books since it was approved by voters in 1984 and pays for the state park system and soil and water conservation programs. Constitutional Amendment 1 passed by an 80 percent to 20 percent margin.

No to NW taxes: The effort by some Washington state climate change activists to enact the nation's first statewide carbon tax on fossil fuels failed. Initiative 732 won only King County, home to Seattle.

Part of the problem was that environmental and politically progressive groups never reached a consensus on the measure. Plus the oil industry poured lots of money into the fight against the ballot measure.

You can find more on all this year's ballot measure results, tax and otherwise, at Ballotpedia.