Taxpayers will be "trusted customers" when they file their tax returns next year.

That's how the Internal Revenue Service and its state tax and private sector Security Summit partners are approaching the 2017 filing season. The group, which discussed upcoming security measures at a press conference Nov. 3, says the filing process next year will focus on and expanded features that will help ensure the authenticity of the taxpayer and the tax return. 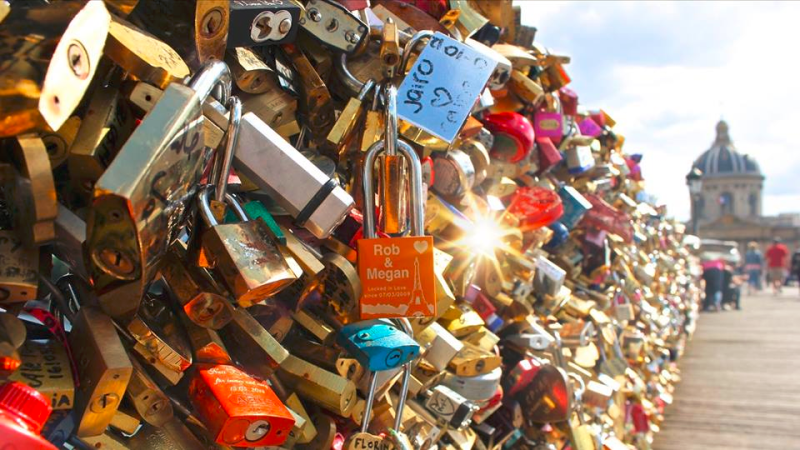 Paris officials last summer removed the love locks from Pont des Arts for safety reasons, but the IRS and its Security Summit partners are adding heavy duty cyber locks to the 2017 tax filing process. (Photo by Megan Easley via Facebook)

Added filing security features: As with 2016, the IRS says taxpayers will not even be aware of many of the new features. However, the upgraded security process will help Security Summit members identify and stop fraudulent identity theft returns.

The new or expanded features for 2017 that the IRS says will protect taxpayers and the tax system include:

The IRS and its Security Summit partners are confident that that these "trusted customer" features, taken together, will help federal and state tax collectors do an even better job of detecting fraudulent returns and protecting taxpayers.

Based on 2016 tax fraud success: The upcoming filing season enhancements to fight tax identity theft are built, says the IRS, on the agency's 2016 accomplishments.

Security Summit initiatives put in place in 2016 had a dramatic impact on the collective ability to identify and stop fraudulent returns. IRS data show decreases, several dramatic, in identity theft attempts because of the group's efforts, including:

More fraudulent returns stopped before processing. IRS statistics show a notable drop in the number of fraudulent returns that made it into the IRS tax processing systems, a sign that Summit efforts are working up front in the tax process. Through September of this year, the IRS stopped 787,000 confirmed identity theft returns, totaling more than $4 billion. For the same nine-month period in 2015, the IRS stopped 1.2 million confirmed identity theft returns, totaling about $7.2 billion.

Fraudulent refunds fell. The number of bank partners grew to 620 institutions from 514 institutions in 2015, enabling internal processes to continue improving. As those participants increased, the number of suspect refunds stopped by banks and returned to the IRS dropped to 108,539 in 2016 compared to 243,361 in 2015. Again, this demonstrates the Summit's improved ability to stop fraudulent returns before refunds are paid. The dollar amount of suspect refunds dropped to $239 million from $829 million in 2015.

That's a lot of numbers, both in amounts of stopped tax ID theft and associated refund fraud dollars.

Fewer filers hassling with stolen IDs: But the data point that caught my eye was the fewer number of real, legitimate taxpayers who so far this year have had to cope with the tax implications of identity theft.

Only 237,750 people had to file Form 14039, Identity Theft Affidavit, to alert the IRS of questionable activity in their tax account.

I am so sorry for those 237,750 people who had to go through the hassle of proving they are the legit taxpayers due the refund money from their accounts. But their smaller number is good progress and earns this week's By the Numbers honors.

Here's hoping that one day the number will be 0.