Expatriations escalating again. Is it politics or taxes?

Every presidential year, some of the folks whose candidate didn't make it to the White House swear they're moving to another country.

Maybe some of them got a head start this year. 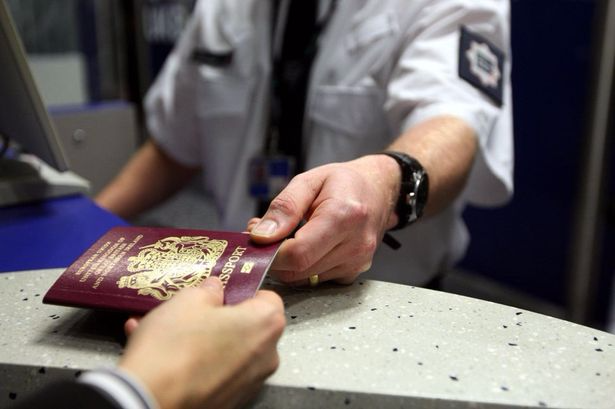 U.S. passports have blue covers. Thousands of Americans, however, have become expatriates this year, giving up their U.S. documents, perhaps for a United Kingdom passport like the one shown above.

The Internal Revenue Service reported 1,380 expatriations in the third quarter of 2016. That just missed the record of 1,426 Americans who decided to renounce their U.S. citizenship during the same period last year.

That's a huge increase from the 508 expatriations reported from April through June of 2016.

Overall, 3,046 people so far this year have voluntarily decided to terminate their U.S. citizenship, according to published IRS data. But tax attorneys Andrew Mitchell and Ryan Dunn, who track expatriation data at International Tax Blog, continue to suspect that the IRS is missing names from its quarterly publication of expatriates.

Mitchell and Dunn might well be correct, but right now I'm going with the IRS data and bestowing this week's By the Numbers honor on the 1,380 folks who are no longer my fellow Americans.

Moving away from U.S. tax laws: I'm only joking (OK, half joking) about this year's expatriations and the presidential campaign.

Other folks, however, are very serious in blaming the reason for so many departing Americans not necessarily on the U.S. tax code, but rather on foreign account tax compliance burdens.

The reporting obligations of the Foreign Account Tax Compliance Act, or FATCA, are egregiously onerous, they argue. The U.S. Treasury now requires foreign banks and governments to hand over secret bank data about depositors or face big penalties. The financial institutions have been complying.

The United States' global income compliance and disclosure rules often are particularly hard on Americans livings abroad, say those who work with these taxpayers. Many banks abroad don't want to do business with them because the financial institutions don't want to worry about running afoul of the IRS.

Then there are the annual hassles of filing the tax paperwork, the annual foreign bank account report known as FBAR. Miss it, and you'll face hefty penalties, both civil and potentially criminal. There's also the annual Form 8938 required filing if your foreign assets meet a threshold.

During the presidential campaign, international moves tended to focus on companies moving their headquarters abroad, primarily through paper transactions known as corporate inversions. Individuals and their offshore money weren't discussed.

However, the Republican Party platform adopted at the GOP convention in July does call for FATCA's repeal.

Tax cost of expatriation: Also, if you're wealthy and it's not necessarily U.S. income tax rates and/or FATCA/FBAR issues that are prompting you to consider permanently putting America formally in your rear view mirror, you might want to reconsider in light of the incoming administration.

There's the previously mentioned FATCA repeal, which the Republican Party supports. Given that come Jan. 20, 2017, Republicans will control the House, Senate and White House, that could happen.

Then there's Trump's tax plan that,  according to most political and economic analyses, will be very beneficial to wealthier Americans. Again, with complete legislative and executive control of Washington, D.C., look for a version very close to Trump's final tax proposal to be enacted.

Plus, if you do expatriate, current laws make you pay dearly.

The HEART (Heroes Earnings Assistance and Relief Tax) Act of 2008 demands that those determined to be a "covered expatriate" must pay an exit tax.

Just how much tax is computed as if the departing U.S. citizen liquidated all of his or her worldwide assets on the day before expatriation and then any hypothetical net gain from that amount (that is, the deemed liquidation amount minus the expatriate's asset basis) that is more than a certain amount is taxed as capital gains.

The taxing threshold for 2016 expatriates' paper-only liquidations is $693,000. It's bumped up by inflation to $699,000 for 2017. At those income levels, the capital gains rate on the taxable amounts in excess of the threshold is 20 percent .

Just who is covered expatriate who will face this exit tax? It's someone who meets any one of the following three conditions:

And this is just part of the HEART expatriation tax rules.

The bottom line is that if you want to give up your U.S. citizenship and you have a nice chunk of money in general and a sizable investment portfolio in particular, which is usually the case for wealthy people, then you'll face a pretty big tax bite just to invalidate your U.S. passport.

And you better get yourself a good tax pro who specializes in this area.